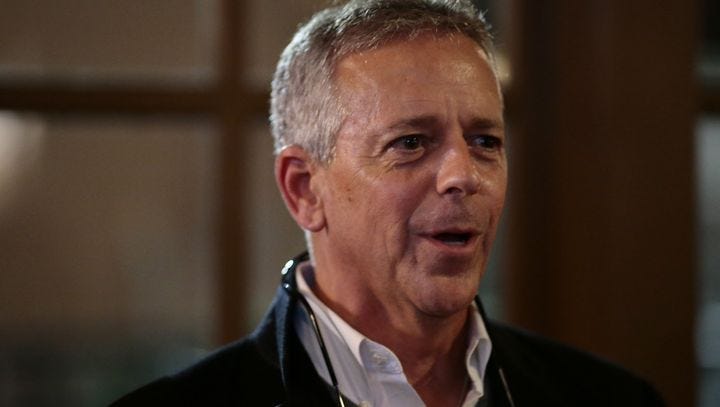 Thom Brennaman was well on his way to spending the rest of his career as the TV broadcaster for the Cincinnati Reds when, on August 19, 2020, he dropped a homophobic slur on a hot mic during a break on the Fox Sports Ohio game broadcast.

What followed was one of the most infamous on-air apologies of our time, in which Brennaman tried to sound remorseful and contrite but shifted gears to calling a Nick Castellanos home run before returning to his apology, all while not breaking somber stride (not the last time Castellanos would interrupt a somber moment with a home run).

Brennaman made other apologies aside from the meme-worthy one that everyone remembers, even if he never seemed to want to engage the specific language he used or help people understand why he uttered it in the first place (he even continued to claim he’d never used it before that day). Regardless, the damage was done and Brennaman stepped away from the Reds later that day before eventually resigning a little over a month later.

In the year since leaving the Reds, Brennaman has kept himself busy calling local high school sports for Chatterbox Sports, a website focused on Cincinnati-area sports. He also started his own podcast, as we all must, in which he interviews Ohio sports personalities.

However, that doesn’t mean the dream of ever returning to an MLB or NFL booth is gone for Brennaman. The broadcaster recently spoke with David Halberstam at Sports Broadcast Journal and shared some thoughts about a potential return and what people in Cincinnati might think of that.

When asked how he’s being treated by people who see him in public, Brennaman says that the reactions he gets are overwhelmingly positive and should reflect an interest in fans to hear him once more.

Brennaman adds that there had been some kind of opportunity to potentially rejoin Fox six months after the incident, “but it didn’t work out.”

The broadcaster also rehashes the incident itself, saying “the moment it left my lips, I knew it was over. It was just a matter of time. I anticipated a suspension and lots of backlash.”

Brennaman told Halberstam that he has been busy making inroads in the LGBTQ community, though he claims that his end goal is not to use that as a way back towards his old job.

“I’ve become a board member for a children’s home here in the Cincinnati area that’s utilized primarily for kids thrown out of their homes because they’re gay,” said Brennaman. “I’ve come to understand their predicaments. Let me make it clear. I’m not doing this to check off any boxes. For over a year, my interaction with the LGBTQ community has made me a better and more understanding person. If there’s a way to right my wrong, I’m doing it and will continue to.”

It seems unlikely that Brennaman will ever be back in a Cincinnati Reds booth (currently the job of John Sadak) but the possibility does remain that he could be hired again one day by a team or network, depending on how his apologies are received and whether or not time heals these wounds. Brennaman says that people like Bob Costas,  Les Kasper, and Joe Buck have been supportive of him behind the scenes, which, if true, means there are certainly some notable people keeping an eye out for him in the business.