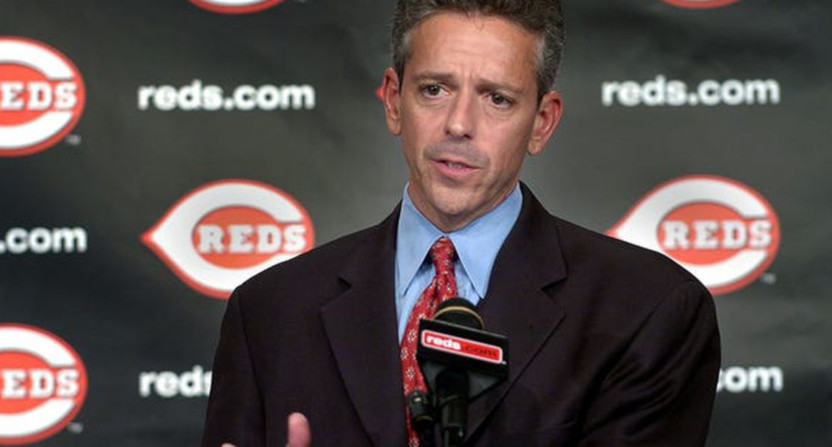 It’s been three weeks since Thom Brennaman said a gay slur on the air, apparently not realizing that his microphone was live and his insult was audible to the public.

Calling a doubleheader between the Cincinnati Reds and Kansas City Royals, Brennaman was allowed to finish broadcasting the final innings of the first game in addition to the first five innings of the second game before he was pulled off the air. Before giving up the mic, however, he issued an on-air apology during gameplay. That resulted in one of the most awkward moments ever seen on a baseball broadcast with Brennaman interrupting his apology to call a home run by Nick Castellanos.

Brennaman was subsequently suspended by the Reds from Fox Sports Ohio, while Fox Sports pulled him from their NFL announcing teams. Ever since, the veteran broadcaster is apologizing to anyone and everyone giving him the outlet, such as The Athletic and Cincinnati Enquirer, while making an effort to meet with local LGBTQ activists and colleagues and listen to explanations as to why his remark is considered so hurtful.

WCPO anchor Evan Millward told the New York Post‘s Mark Fischer that he was conscious of being used in a redemption tour, but was convinced of Brennaman’s sincerity after meeting with him. Ryan Messer, who serves on the Cincinnati school board and is a founding member of the city’s Human Relations Commission, shared what he will explain to Brennaman when the broadcaster meets his family.

“‘It’s just a word to straight people,’ said Messer, who has called on the Reds to reinstate Brennaman from a suspension. ‘To gay people it is a charged word. That word is (part of) a toolkit of weapons that people use to make someone feel less than themselves. It’s only used to degrade someone. Of course you should know it’s wrong, but you can’t assume they understand everything else packed into that word.'”

However, Brennaman’s continued denial that the word he used is a regular part of his vocabulary affects his credibility. He’s quoted in Fischer’s article as insisting he has “never used that word (before) in my life” and “couldn’t even tell you what happened, where it came from.” That echoes previous denials that he made to The Athletic and in a letter to the Cincinnati Enquirer.

Brennaman told me, emphatically, that he had "never used that word (before) in my life."

“If he used it then, he used it before,” said Ryan Messer, a prominent LGBTQ activist in Cincinnati.

But “if we don’t open the dialogue… how do we learn and grow from it?"

That’s extremely difficult to believe when you hear the audio of Brennaman uttering the slur. And Messer disregards the denial, saying “if he used then, he used it before.” But he’s choosing to move forward and take the opportunity to educate Brennaman. Messer also feels that the Reds should reinstate the broadcaster from his suspension. Otherwise, this incident can be swept away and forgotten.

Ultimately, it’s up to the colleagues, leaders, and educators Brennaman meets with to decide if they’re obligatory stops in a redemption effort or sincere attempts to learn why what he said is so offensive to the LGBTQ community (and the community at large), something about which he was clearly ignorant. But can Brennaman be considered genuinely contrite if he refuses to acknowledge his previous acceptance of such language and disregard for what he meant while saying it?

Fischer talks to others, including a University of Virginia media studies professor and ESPN’s Tom Hart, about Brennaman’s efforts, what happened, and how it might have been handled differently. The question continues to be whether or not this is something from which Brennaman can return and resume his broadcasting career.