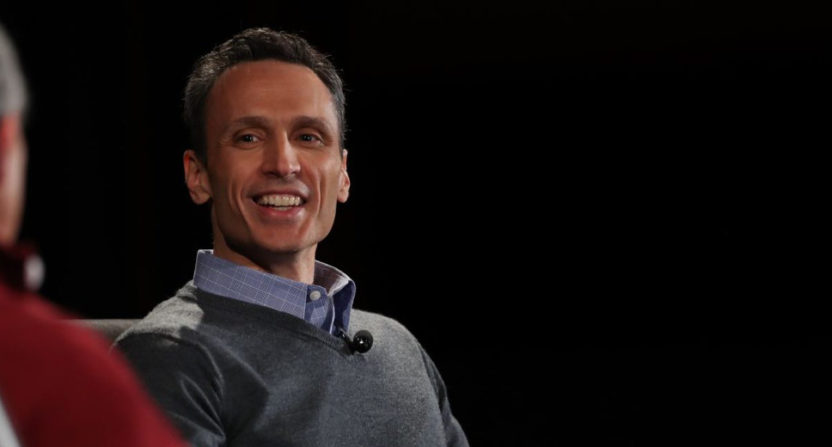 There have been plenty of sports forays into virtual reality, augmented reality, and isolated player cams over the years, with ESPN doing some of those. And in a recent interview in The Wall Street Journal (as part of a promotion of The Future of Everything Festival in New York this weekend), ESPN president Jimmy Pitaro said they expect to continue to explore all of those spaces. However, Pitaro also said some of those approaches may be more targeted at certain audiences and available only online rather than as part of the standard broadcast.

“We’ve been leaders in the virtual reality and augmented reality space for a long time now. We’ve already developed content for the Oculus [VR headset] and are willing to make our content available in those spaces. We do not believe that AR or VR is a fad. We want to be very careful in this space in that we don’t want to address one problem and create another. We don’t have enough data yet to tell us we should have more virtual graphics than we currently have as a part of our [primary ESPN broadcast].”

“ESPN [is also] experimenting on the alternative broadcast side with feeds available on ESPN+. When Duke played University of Virginia last college hoops season we had cameras following three of their star freshmen. That felt smart—it felt unique. The data certainly supported the investment there, and it resonated, especially with the younger generation. Now, will it resonate with core fans [watching the primary ESPN broadcast]? We’re not certain.”

Of course, ESPN is far from the only company exploring VR, AR and isocams. The NBA and Turner have dove heavily into alternate VR feeds, even with their own announcers, and Turner and CBS have explored VR for the NCAA Tournament as well. Just a few of the other examples include saw Verizon streaming the Super Bowl in VR, while Fox Sports has used this for Daytona, college football games, and more, NBC’s used it for the Olympics, the Kentucky Derby and more, the PGA Tour’s tried it, and NESN’s broadcast Red Sox games in VR. On the AR side, CBS used live augmented reality graphics on their Super Bowl broadcast this year, ESPN’s tried it on shows like Around The Horn as well as live broadcasts, and Sports Illustrated has even used that for their magazine. And isocams have been used in plenty of sports broadcasts, from the NBA to the NCAA. But so far, a lot of this has been experimental features for selected games rather than a full leap into that world.

And it’s interesting to hear Pitaro make these kinds of comments on that front, as he’s discussing VR, AR and isocams as not necessarily something that ESPN plans to work into their primary broadcasts, but as additional features available online. And this is something where Disney’s ESPN+ infrastructure could wind up being very helpful. It’s perhaps the next logical evolution of the MegaCast setup (which already included plenty of online-only options); with digital content, they’re not limited by linear TV channel space, and so they can offer anything that’s not too expensive and that they think at least some people will like on ESPN+, sell it as a subscriber bonus, and use it as an experiment to see what the audience is without using a linear channel’s space along the way.

Maybe there’s wider adoption of VR headsets down the road, or demand for more AR graphics or isocam broadcasts on ESPN’s linear feeds. If there is, then they have this experience that they can put towards that. But until that day, or even if that day never really comes, they can explore these areas as a digital bonus feature, reaching an audience interested in them without needing that audience to be TV-sized. We’ll see where this all goes for ESPN, but it’s certainly notable that Pitaro is on the record expressing belief in VR and AR (especially as many of ESPN’s previous moves on that front were before he became president), but also talking about how some of the best fits for these kinds of broadcast options right now may be online-only.