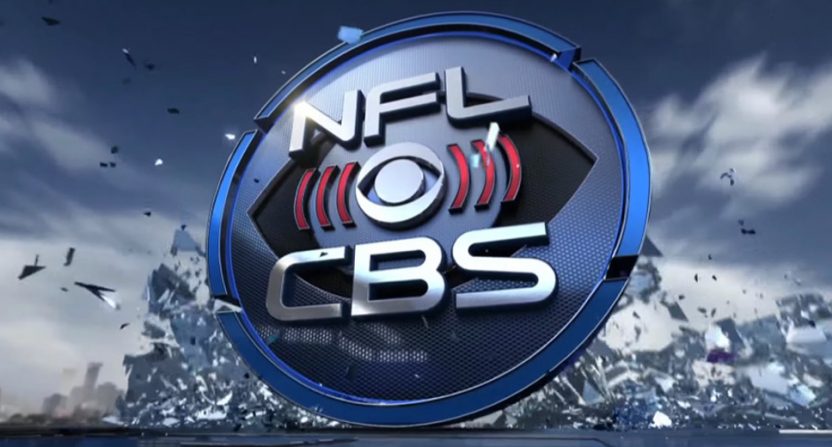 Every year and every big sporting event brings a release about all the technology the broadcasting network plans to use, but even by those standards, CBS seems to be really going all-out for February’s Super Bowl LIII. For their 20th Super Bowl broadcast, the network is planning to use 115 cameras overall, but it’s the 8K cameras and plans to use augmented reality graphics that perhaps particularly stand out in their release:

For the first time ever on any network at a live sporting event, CBS’ Super Bowl LIII virtual plan includes the use of a live, wireless handheld camera showing augmented reality graphics and up-close camera tracking on the field. This will allow the camera to get closer to these virtual graphics in a way that gives viewers different perspectives and angles including never –before-seen field level views of these graphics.

CBS will utilize four cameras (including the SkyCam) with live augmented reality graphics, plus an additional 10 cameras with trackable first-down-line technology. In all, 14 cameras creating virtual graphic elements that are completely manufactured will seamlessly blend in to the real environment of the broadcast.

For the first time ever on any network in the United States, CBS will use multiple 8K cameras with a unique, highly-constructed engineering solution to provide viewers with even more dramatic close-up views of the action from the endzone including possible game changing plays along the goal lines and end lines.

Beyond that, they’ll feature 16 4K cameras, 28 pylon cameras and 50-plus total end zone cameras, and plenty of super slo motion cameras. That’s a whole lot. And while using these super-high-resolution cameras may not make much of an impact for the average viewer (there are plenty of people who don’t have 4K TVs, let alone 8K), those who do have flashy new TVs should get a fair bit out of this. Other elements like the pylon cameras and super slo motion should be useful regardless of what sort of TV (or screen) people are watching on. Of course, there’s always the challenge of not getting too wrapped up in fancy new toys, and the broadcast’s usage of augmented reality graphics in particular will be interesting to keep an eye on, as using those too heavily could spark some backlash from those who just want to watch the game. But CBS is certainly bringing plenty of technology to the table here, and we’ll see how they use it.

12:00 NOON, ET: ROAD TO THE SUPER BOWL — ROAD TO THE SUPER BOWL is NFL Films’ annual look back at the greatest sights and sounds of the 2018 NFL season. Culled by NFL Films producers, the one-hour special will feature the best of nearly 100 players and coaches wired for sound, focusing on the most exciting moments and the best teams on the journey to Atlanta for Super Bowl LIII. Original orchestral music was once again used in producing the show. ROAD TO THE SUPER BOWL debuted following the 1969 season.

1:00 PM, ET: TONY GOES TO THE SUPER BOWL presented by GEICO — Travel along with NFL ON CBS lead analyst Tony Romo as he makes his way to Atlanta to cover his first Super Bowl for CBS. Along the way, Romo talks with past Super Bowl champions Len Dawson, John Elway, Tom Brady, Ben Roethlisberger, Drew Brees, Ray Lewis and Sean Payton, and there will be cameo appearances from some of today’s other quarterback stars including Philip Rivers and Baker Mayfield. In addition, Romo gives a behind-the-scenes view of weekly production meetings with the teams he’s covered throughout the season on the way to Super Bowl LIII, and breaks down film to show what it takes to be a Super Bowl champion. Steve Karasik is the producer, and Pete Radovich is the director.

It’s interesting to see the likes of Tony Romo, Amy Trask and Brandon Tierney featured on CBS pre-game coverage in addition to the usual suspects from The NFL Today (James Brown, Boomer Esiason, Bill Cowher, Phil Simms and Nate Burleson), and there’s going to be a lot covered amongst those different shows. Super Bowl Today alone will also feature NFL insider Jason La Canfora, reporters Tracy Wolfson, Evan Washburn and Jamie Erdahl, NFL rules analyst Gene Steratore, contributor Jim Rome, and social media correspondent Amanda Balionis, with “Other contributing guests including players and coaches” to be announced later. And they’ll have features on everything from the 50th anniversary of Joe Namath’s Super Bowl III guarantee to a look at the host city of Atlanta. We’ll see how it all works out in the end, but CBS definitely has some ambitious plans for Super Bowl LIII, in everything from technology to pre-game shows.