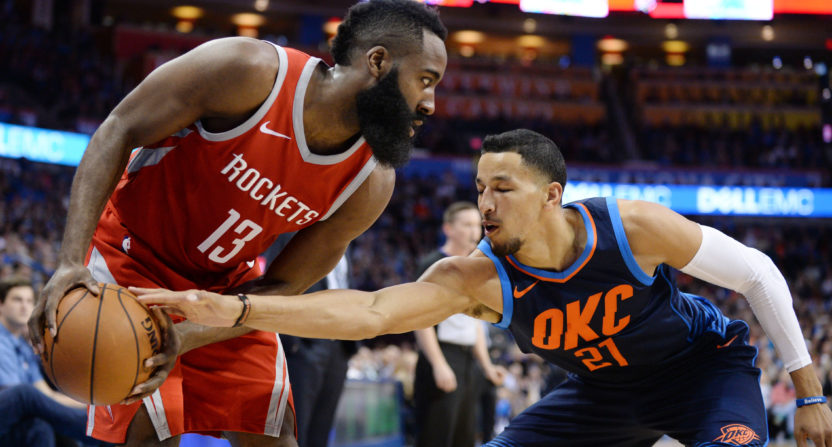 Are you a diehard NBA fan? Do you have an insane amount of disposable income to spend on the latest virtual reality innovations? Then this news might just be for you! The NBA and Turner have announced a new partnership with Magic Leap that will someday soon look to bring a new virtual reality experience to basketball fans that will bring them courtside in a way like never before.

How will it work? The Magic Leap app will allow multiple screens to be used in any location in any size, opening up all sorts of lifesized possibilities for your virtual reality viewing pleasure. Here is part of the announcement from Magic Leap:

This partnership will allow us to bring fans a completely new, intimate experience that has never been seen in sports. Using Magic Leap’s Screens platform, fans will be able to summon multiple, virtual screens into their field of view. When paired with Magic Leap’s Digital Lightfield technology and spatial computing, these screens can be shown at any size, and in any location combined with supplemental graphics that allow fans to enjoy their favorite stats, replays and commentary — all without missing the game action.

What is equally as impressive is that the technology will also allow for stat overlay on the screens that allows for fans to add on to their viewing experience. The NBA app will begin with archived games and highlights and the company says they’re working towards implementing the technology with the “live NBA game experience.”

With Magic Leap, fans will be able to watch NBA games with groundbreaking features that overlay data into their sport-viewing experience, with screens placed all around their environment. We’ve even used volumetric capture to bring a life-size Shaquille O’Neal presence right into your living room. At launch we will have a curated list of archived NBA games featuring the most exhilarating matchups from recent seasons, as well as a selection of highlight clips of your favorite teams and players. We are working towards bringing the live NBA game experience to Magic Leap One.

If you’ve come this far and you’re still wondering what the heck Magic Leap is exactly, it’s basically a very fancy pair of virtual reality goggles that comes with a remote control. Magic Leap says that it will begin shipping in 2018 and with the NBA onboard as a partner, it will certainly give them a boost as the technology is unleashed to the world.

Via TechCrunch, NBA commish Adam Silver said that the partnership will bring the games from Turner’s television set to a new VR experience that will put fans closer to the action than ever before.

The partnership announced onstage at the Code Media conference in Huntington Beach, Calif. is the first, very vague, very nebulous, use case for Magic Leap (at least that I’ve heard).

The experiences sound a lot like virtual reality, with fans being able to experience what it’s like to be courtside at games.

“Before we got involved with Magic Leap the goal was to replicate the courtside experience,” says NBA commissioner Adam Silver. With Magic Leap, there are more opportunities to have different experiences.

“It takes everything you love about normal television and amplifies it,” says Rony Abovitz, Magic Leap’s chief executive officer.

Silver described the three-way partnership as a way for people to take the  games they see on TNT and watch them on Magic Leap’s specs.

Abovitz described Magic Leap as a premium computer that will have a price to match. “It’s not necessarily for everyone right away,” says Abovitz.

This partnership with the NBA is only going to heighten the intrigue for Magic Leap as it has been called “the world’s most secretive startup” and has powerful backers like Google and Alibaba. Given that it hasn’t even been released to the public yet, it’s impossible to predict what the reception will be or even how many people will realistically use the product. All I can hear in my mind is Mr. Dink saying it will be very expensive.

It all sounds very fascinating, though. It’s not quite robots opening doors for each other, but seeing a lifesize James Harden in your living room dunking on you might come pretty close.