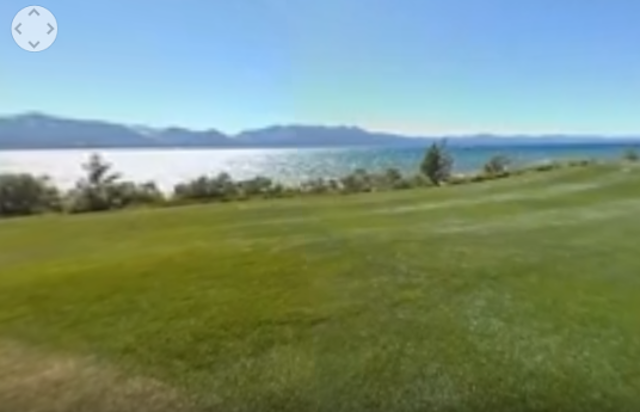 Virtual reality broadcasts have been a rising trend across many sports, but the degree to which golf is embracing the technology stands out. NextVR broadcast two of the holes at The Masters in virtual reality this April, and this past weekend’s American Century Championship pro-am at Lake Tahoe saw what’s believed to be the first 360-degree broadcast of a big golf event. Peter Bukowski has more at SI Tech on why full 360-degree VR is especially desirable in golf:

In golf, the setting around the athletes on the course, the majesty of the silhouetted trees or oceanfront scenery, are as much a part of the event as the ball and the player specifically because they’re all potentially part of the action. A player might hit those trees, or slice one onto the beach.

“Golf is a sport of precision, and sometimes viewers at home miss details because of the limited viewpoint of the camera,” says ALLie CEO Dmitry Kozko. “The game of golf is also uniquely positioned for this type of technology because of the beautiful locales where these tournaments take place. Rather than an arena or ice rink, golf gives you a front row seat to stunning landscapes that you might not otherwise see.”

Here’s a video from ALLie, a company that sells 360-degree cameras, which shows you how the 360-degree experience can work on a golf course:

It’s about more than just one pro-am event, too. The PGA Tour has partnered with STRIVR for VR content and has its own app in the Oculus store, and Bukowski’s piece indicates officials on both sides are excited about the technology and about plans for 360-degree content:

“We do want to be first,” says senior director of PGA Tour digital content Sloane Kelley, “and it’s not just for the matter of saying ‘Oh, we’re first.’ No, it’s so that when technology like this comes out, we have a chance to an experiment because if and when it becomes adopted by a mainstream audience, we want to have all the kinks worked out.”

…“The Tour is taking the right approach to virtual reality right now relative to where the industry currently sits,” says STRIVR CEO Derek Belch. “They are building a library of legitimate, high quality content that will appeal to fans of all ages as VR distribution continues to grow. The TOUR is certainly leading the way among professional leagues in this regard, and it’s fun to be a part of it all. In our opinion, this is just the beginning of some really cool stuff to come.”