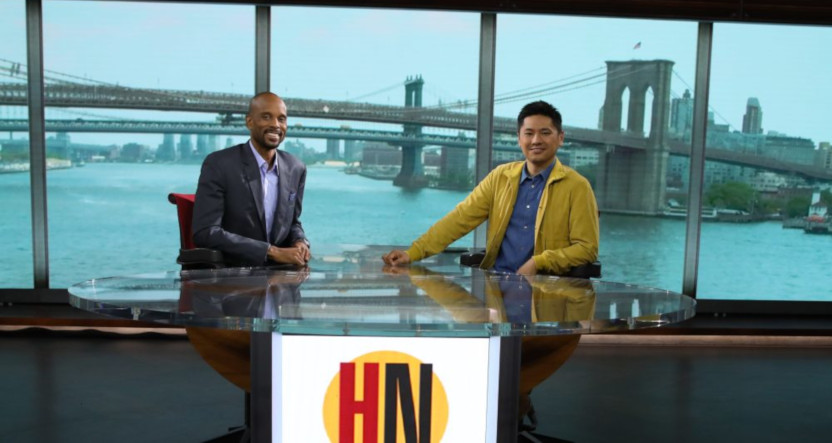 More programming changes are coming to ESPN’s daytime lineup, with Sports Business Journal‘s John Ourand reporting Monday that High Noon has been canceled. The show, hosted by Pablo Torre and Bomani Jones, was first discussed in October 2016, was officially announced in May 2017, and debuted in June 2018  (following construction delays at ESPN’s New York studios and launch challenges for Get Up) as an hour-long show at noon Eastern, but was then cut to half an hour and moved to 4:00 p.m. Eastern in August 2018. It’s been there since, and has drawn some praise and some headlines. But as per Ourand, ESPN cited recent viewership numbers as a reason to cancel it:

Ourand’s piece notes that High Noon was averaging 330,000 viewers daily during Q1, which is down three percent from the same period last year and below the likes of Highly Questionable (380,000) and Mike Greenberg’s Morning Hot Take Parade (otherwise known as Get Up, it’s averaging 400,000 viewers these days). And the viewership may in fact be the reason here, especially if ESPN executives didn’t think there was potential for the show to draw more (and it’s notable that High Noon was shunted to ESPN2 in favor of NFL Live during football season, showing it wasn’t a key scheduling priority for ESPN).

However, it’s worth noting that 330,000 is not that far below those other shows, and that shows like Get Up regularly drew less than that at points in the past (Get Up was regularly below 300,000 viewers until the 2018 football season began). 330,000 viewers daily isn’t a “cancel immediately” audience, and it’s an audience that might have been substantial enough to keep the show going if ESPN believed it had potential to grow further. But it appears that’s something they didn’t believe at this point. And the timing here may well have a lot to do with Torre and Jones having their contracts expiring in a few weeks.

A big question here is what’s next for Jones and Torre. Here’s the full statement included in Ourand’s piece:

In a statement emailed to SBJ Media, ESPN said, “Co-hosts Pablo Torre and Bomani Jones are extremely talented, and they helmed what we believed was a smart and nuanced show. Unfortunately, not enough people agreed with us. We look forward to discussing with them how to best utilize their talents across a variety of ESPN platforms.”

For the moment, Torre and Jones will continue to appear on ESPN shows, and Jones will continue hosting his twice-a-week podcast. But there are definitely some possible changes coming there with those contracts expiring. Maybe ESPN can’t agree on a good future fit with one or both of Jones and Torre and they move on elsewhere, or maybe they’re signed to extensions but given less prominent roles (ESPN does love a good “demotion as a reassignment or promotion” narrative), or maybe they really will get a good chance to “utilize their talents across a variety of ESPN platforms.”

There has been a bunch of discussion of Torre and Jones as potential future Pardon The Interruption hosts, including from Tony Kornheiser, and there’s certainly some logic to that. But Kornheiser and Wilbon don’t seem set to move on from there too quickly. Of course, ESPN certainly could make something else for Jones and Torre if they wanted to, given all their television, radio, and digital real estate. But on that front, it’s also notable that High Noon was first conceived under John Skipper (who left the company in December 2017 and is now the DAZN executive chairman), so the Jimmy Pitaro regime may not be as high on Torre and Jones as the group of executives who brought them in was. We’ll see what’s next for Jones and Torre.

[Sports Business Journal; photo via For The Win]