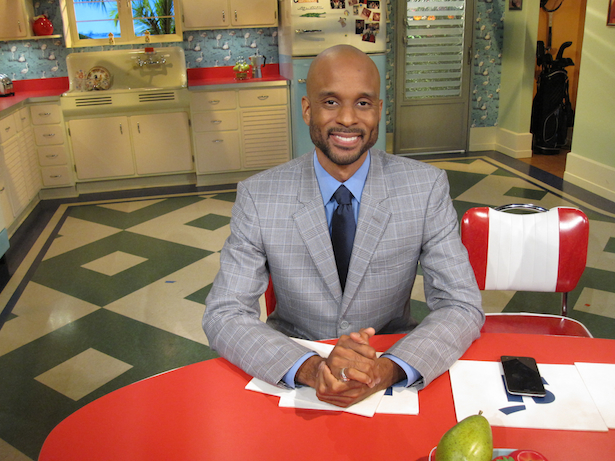 Today at ESPN’s upfront a number of announcements are being made about the network’s schedule moving into 2018. Many of those details are already known such as Mike Greenberg’s new morning show on ESPN and Trey Wingo linking up with Mike Golic for the relaunch of Mike and not-Mike. Additionally, SportsCenter is getting yet another overhaul with news updates throughout the day.

One new nugget of information that comes from ESPN’s busy day of revelations for their 2018 schedule is a new weekday show that will begin in January that will star two of the network’s brightest young stars – Pablo Torre and Bomani Jones.

Jones (36) and Torre (31) have had a consistent presence on ESPN airwaves for a number of years and now they’ll get the chance to have a show all their own that will fall between First Take and Outside the Lines on ESPN’s daily schedule. Jones will also continue to host his show The Right Time on ESPN Radio while Torre has signed a new contract with the network.

Here is the announcement from ESPN:

ESPN rising stars Bomani Jones, host of ESPN Radio’s The Right Time with Bomani Jones, and Pablo Torre, senior writer for ESPN The Magazine and ESPN.com, will host a newly created one-hour live program premiering Tuesday, Jan. 2, 2018 on ESPN from noon – 1 p.m. ET. More details about the show will be announced at a later date. The program will also be streamed live on the ESPN app and WatchESPN across all devices and platforms.

“Had someone asked me a year ago who I’d want to work with on a new TV show, I would have said Pablo Torre,” Jones said.  “Now that it’s going to happen, I couldn’t be more excited. We have a chance to make something new, fresh and entertaining, and I can’t wait to take on that challenge.”

Torre added, “Bomani Jones happens to be one of my best friends in this strange business, not least because I wind up laughing while being challenged and enlightened every time we talk. I am deeply grateful for the opportunity to turn ourselves into a live sports television show that’s as fun to watch as it will be to make.”

ESPN has signed Torre to a multiyear extension which will also afford him the opportunity to continue making regular appearances across a variety of shows and platforms including television shows Around the Horn, Pardon the Interruption, SportsNation, The Dan Le Batard Show with Stugotz and Highly Questionable. He will also continue writing for ESPN The Magazine and ESPN.com as well as regularly participate in ESPN’s “The Basketball Analogy” podcast. Torre joined ESPN in 2012.

Jones, whose new multiyear extension with ESPN was announced in December 2016, will continue to host The Right Time with Bomani Jones for three hours every weekday. He will remain as co-host of Highly Questionable until late June 2017. He will also continue to appear on a variety of ESPN television and radio shows. Jones joined ESPN full time in 2013.

We don’t know the format of the show yet, but it will likely fall in line with other programs we see throughout the day on ESPN with Jones and Torre offering their commentary on the events of the day. It makes sense that the pair would be the perfect bridge from the high volume of First Take to the in-depth reporting of Outside the Lines.

Much has been made of ESPN’s layoffs and the need to cultivate new stars and build from within. There arguably aren’t two better choices than Jones and Torre who offer a great mix of insightful commentary, relevancy, and humor. And their new weekday show is a great platform for new voices to help lead ESPN into a new age.