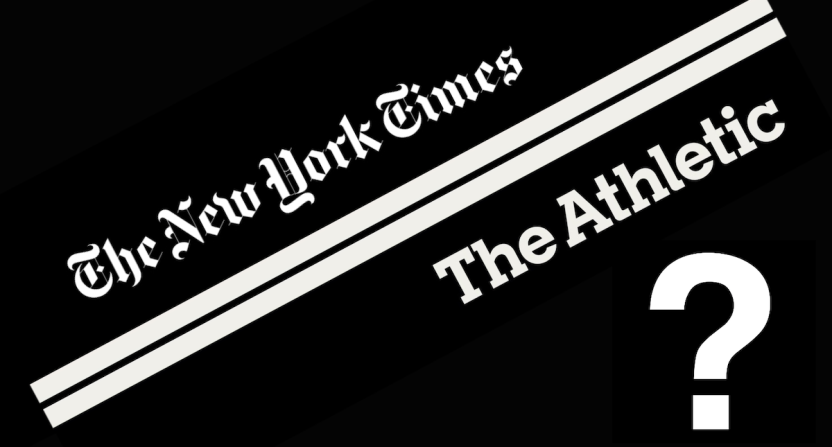 The Athletic has spun a roulette wheel during the past year, hoping to find a potential buyer for the subscription-based sports media platform. The latest spin has reportedly stopped again at the New York Times.

According to Front Office Sports’ A.J. Perez and Michael McCarthy, The Athletic and New York Times have revisited discussions that fell through in June. At the time, the primary obstacles were the asking price (reported to be as high as $800 million) and how employees who have equity in the company would be compensated in such a sale.

The Athletic’s most recent valuation was at $500 million after raising $50 million in investor funding nearly two years ago.

Awful Announcing has learned that co-founder Alex Mather recently told employees that The Athletic added “over 80,000” subscribers during its Black Friday promotional drive. That influx of subscribers — especially if a majority of them are new — along with the company attempting to pare down expenses might have closed the gap between The Athletic’s perceived value and what the NY Times is willing to pay.

Earlier this year, The Athletic talked to Axios about a potential merger before those talks fell through just over a month later. Since the original negotiations with the NY Times stalled, The Athletic has increased annual subscription rates and enlisted investment back LionTree to help find a buyer, and unsuccessfully courted sports betting companies FanDuel and DraftKings.

Following the COVID-19 shutdown of sports that co-founder Adam Hansmann claims nearly put the company out of business, The Athletic began scaling back what had become an overambitious operation, cutting coverage in certain regions where subscriptions weren’t high and deciding not to keep some writers and editors to reduce costs and move closer to profitability.

As could be expected, Perez and McCarthy report those cutbacks have caused some tension among employees whose contracts are about to expire. Agreements that were originally two years long are now as short as 90 days. Many staffers are being offered lower salaries amid an industry in which several outlets are reducing pay and eliminating jobs. These measures are in addition to the layoffs and temporary pay cuts that were instituted during the pandemic.

From the Front Office Sports report:

“The increasingly aggressive tactics employed by The Athletic’s talent-retention and acquisition team have become an open secret among many at the subscription site. Managers also fear cutbacks in some areas of The Athletic could lead to lower morale overall — something that could become perilous for a site that relies on its content producers to drive subscriptions.”

Yet as morale is being lowered by tough salary negotiations in some quarters, there is some optimism throughout the company from talks with the NY Times being renewed.

For the NY Times, what is the appeal of partnering up with The Athletic? While a merger would certainly expand the paper’s sports coverage (especially in areas like college sports) and boost a growing podcast catalog, this would be all about subscriptions.

Reaching the built-in NYT readership could lead to future subscriptions for The Athletic, something a sports gambling company might not have offered. Not to mention the company would no longer have to worry about making a profit on its own.