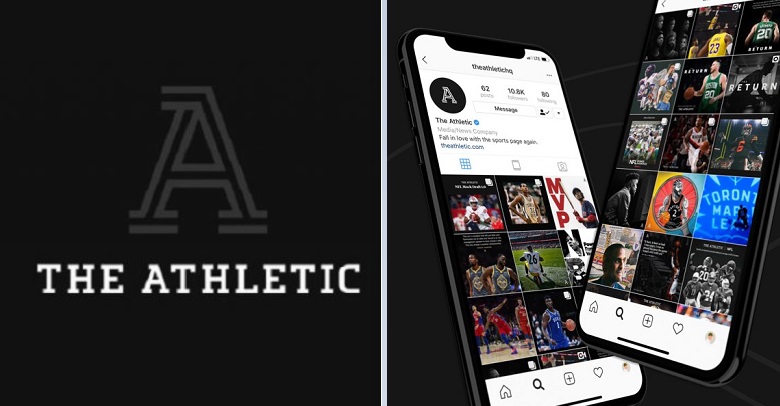 Virtually every sports media outlet struggled during the COVID-19 pandemic with the shutdown of sports providing little to cover from April through July. But The Athletic appears to have powered through and survived, hitting a milestone that the outlet had targeted for some time.

Co-founder Alex Mather told CNBC that The Athletic recently surpassed one million subscribers and is signing up more readers per day than ever. Writers and editors were forced to get creative with no live sports on the calendar, which apparently kept readers engaged and subscriptions renewed. But writers such as Ken Rosenthal and Evan Drellich also continued to break news while sports were on hold. That may have also generated further interest in the site’s content, which paid off in new subscriptions once sports returned at the end of July.

Breaking news will be more of an emphasis in a new rollout which will include a new front page for the site. Featured writers and columnists will provide quick audio reactions to news developments, in addition to shorter reaction content to pertinent stories.

Just over a year ago, after The Athletic reached 500,000 subscribers, Mather said that he expected one million subscribers to have signed up by the end of 2019. Those expectations fell short, but the company still raised $50 million in a new round of investor funding.

Yet The Athletic didn’t get through the shutdown unscathed, laying off eight percent of its staff in June and asking most remaining staffers to take a 10 percent pay cut through the end of 2020. Whether or not some of those writers will be rehired now that sports like the NBA and NHL restarted, while college football is playing in limited form and the NFL appears positioned to play a full season, remains to be seen.

Still crazy to think this started with just a few of us covering Chicago sports. 2016, the most exciting season I've ever covered, was also the start of something pretty special for my career. Happy to say that little start-up is still thriving. https://t.co/W1D4CF27qO

Initiatives such as bundling 3- and 6-month trials for customers who signed up for Bloomberg’s All-Access subscriptions and free one-year subscriptions for T-Mobile users also increased brand awareness for The Athletic, though it’s not yet known how many of those trials will result in renewals or new sign-ups. (Mather told CNBC that The Athletic isn’t getting money in the T-Mobile partnership, but values the exposure to new potential readers.)

The Athletic has also made an aggressive push into podcasts in recent months, with a variety of programs covering local teams and national sports. More continue to be launched and the writers who contribute to that podcast content will also record many of the breaking news reactions that the site wants to feature. That programming also generates ad revenue in addition to the revenue derived from subscriptions.

Additionally, those podcasts now have another outlet to reach new listeners who might not favor podcasts in an agreement with SportsMap Radio. Which shows will be carried on SportsMap Radio and in what timeslots hasn’t yet been determined. But The Athletic will also be marketed during SportsMap programming to attract more subscribers.