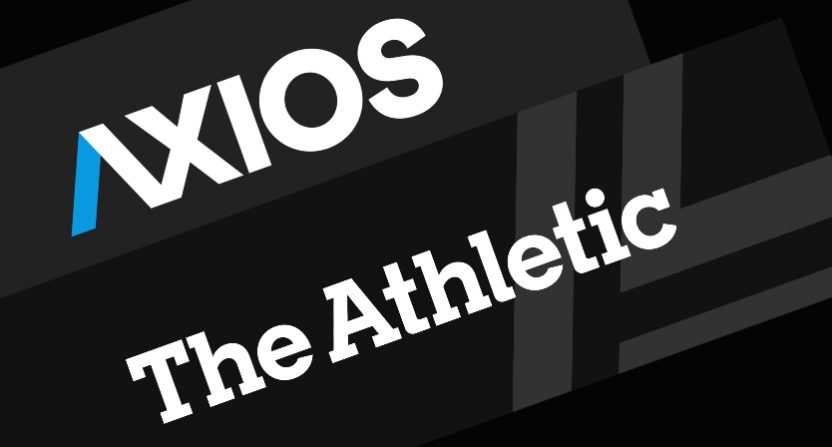 Two of online media’s most prominent outlets are talking about a merger.

The Wall Street Journal’s Ben Mullin reports that The Athletic is in discussions with Axios about combining to form a larger company. Financing for such a venture could come from going public as a “blank-check firm” to potential investors. A merged Axios and The Athletic could also form a SPAC (Special Purpose Acquisition Corporation) to draw investors with the intention of adding more properties to the company.

Related: The Athletic raises $50 million in new round of investor funding

Both Axios and The Athletic would remain separate publications in such a merger, maintaining their own staffs and individual publications. Naturally, that didn’t stop media reporters and observers from joking about what a combined company might be called.

According to the WSJ, one initiative would be to sell premium subscriptions to businesses. Axios CEO Jim VandeHei is familiar with such a model from his time at Politico, where he helped create Politico Pro. That spinoff publication was geared toward businesses and political professionals, covering beats such as energy, technology, and health care.

The Athletic is built on a paid subscription model (surpassing 1 million subscribers last fall), also generating ad sales through podcasts. Axios is free for readers, relying more on native advertising and sponsored events for revenues. The outlet largely reaches subscribers through a variety of newsletters devoted to areas of interest including politics, media, stocks, health, technology, and sports. Additionally, Axios has a news documentary series on HBO.

Related: The Athletic is worth $300 million, but can it become a billion dollar company?

So does Axios go from free to paid?

Or does The Athletic go from paid to free?

Launched in 2017, Axios emphasizes shorter articles that get right to the information and often use bullet points to fill in background information quickly. The intention was to serve a readership that largely consumes news on mobile devices and social media. The company was created by VandeHei with fellow journalists Ray Schwartz and Mike Allen, all of whom left Politico.

The Athletic was created in 2016 by Alex Mather and Adam Hansmann, launching first in Chicago before expanding to Toronto with a focus on baseball and hockey. By 2017, the operation extended to several other markets including Cleveland, Detroit, and the Bay Area, while also expanding its coverage to include the NFL, college football, and NBA. The site soon expanded to cover soccer, sports media, and motorsports, and has recently devoted more coverage to breaking news.

Related: The Athletic lays off 46 people, almost eight percent of its staff