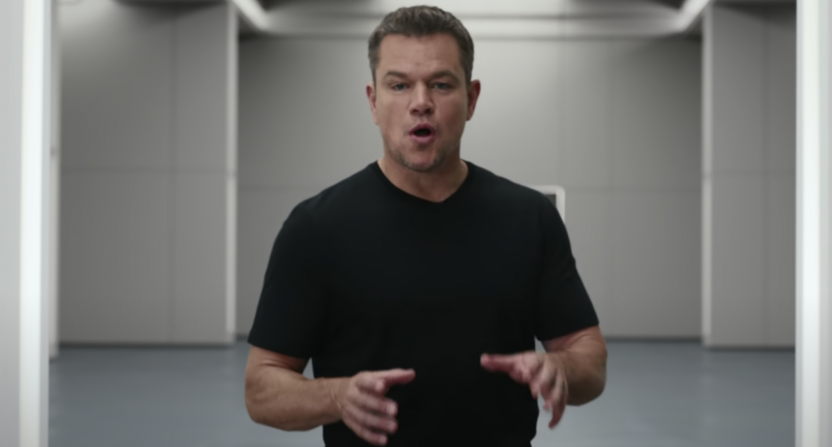 During Super Bowl LVI, Matt Damon told America that “fortune favors the brave” in a glitzy commercial for Crypto.com. It was just one of a slew of cryptocurrency ads that overtook the airwaves in between football plays that evening.

In the months since the Super Bowl, crypto firms and exchanges have scaled back spending while the value of Bitcoin and other cryptocurrencies has plummeted. As such, it’s pretty fair to assume that you’ll be spared the onslaught of crypto ads during the 2022 NFL and college football season.

According to Bloomberg, paid media spending by major crypto firms was just $36,000 in July 2022, per ISpot. That’s a pittance compared to the $84.5 million they spent in February around the Super Bowl. That’s on top of massive sponsorship deals like the one Crypto.com paid to become the presenting sponsor of Fox’s postgame college football studio show.

We probably don’t have to tell you why that spending number is so low. Because while fortune might indeed favor the brave, it certainly hasn’t favored owners of cryptocurrency in the months since Mr. Damon’s proclamation.

If you bought $1,000 of bitcoin the day Matt Damon's "Fortune favors the brave!" commercial came out, it would now be worth $375 pic.twitter.com/rp5IdjBD3m

“After amassing a record value above $3 trillion in November 2021, the cryptocurrency market posted its worst first half ever—plummeting more than 70% through July,” writes Jonathan Ponciano at Forbes. “The market has since climbed about 33%, but is still off more than 60% from its high, according to CoinGecko.”

Terra’s luna token, once worth more than $40 billion, lost almost all its value in one week in May. Meanwhile, Bitcoin plunged 70% and Ethereum plunged 75% from their highs while massive layoffs rocked the once-thriving financial market.

All of that translates directly to the paid media world. Bloomberg notes that Coinbase, which is the lone U.S. publicly traded crypto exchange, recently told shareholders that they would be drastically scaling back their paid media buys after second-quarter revenue dropped 64%.

“Ad sellers shouldn’t expect growth in this vertical the remainder of the year due to the crash in crypto valuations and emerging allegations of fraud among companies in the crypto market,” Eric Haggstrom, director of business intelligence at Advertiser Perceptions, told Bloomberg. “Crypto has been a boom and bust industry since its inception, and advertising budgets will follow the same trajectory.”

Bloomberg notes that the networks who benefitted most from crypto’s ad-buying surge in 2021 and early 2022 were ESPN, ABC, Fox, and NBC, but it’s hard to imagine we’ll see the same kind of spending, especially with so many crypto firms in the midst of layoffs, restructuring, and spend reductions.

The “good” news for NFL and college football fans is that they’ll still be presented with plenty of ways to lose their money in the form of gambling ads.