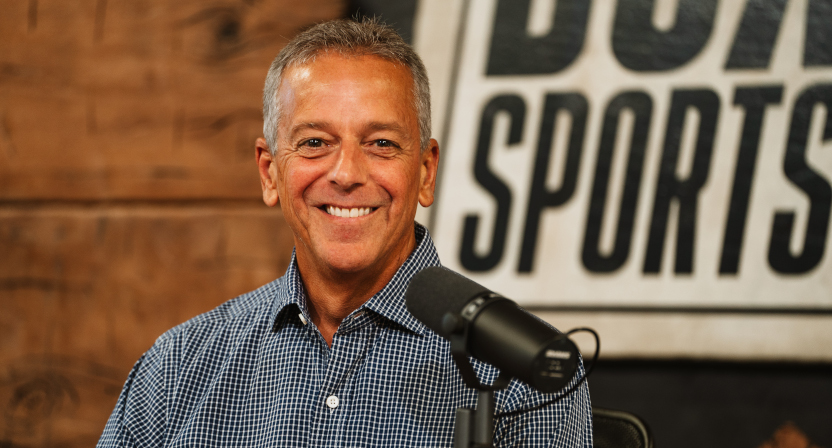 Thom Brennaman is launching a streaming video talk show with Cincinnati-based Chatterbox Sports. Brennaman joined Chatterbox Sports last year to call high school sports,  and he’s continuing that role as well. That came after he resigned from his role with the Reds and was pulled from his NFL on Fox role following a homophobic slur he uttered on a hot mic during a Reds’ broadcast in 2020. Brennaman is now launching Off The Bench, which will stream live from 10 a.m.-noon Eastern Mondays through Fridays on Chatterbox’s YouTube channel. It will begin Thursday, with Brennaman’s father (famed broadcaster Marty) and famed NFL coach and analyst Brian Billick as his first guests.

It's time to get off the bench. My new sports talk show "Off the Bench" debuts Thursday at 10 a.m. on @CBoxSports. First guests include Hall of Famer Marty Brennaman and Super Bowl champion head coach Brian Billick. Tune in tomorrow at https://t.co/dVyYGwPOPe. pic.twitter.com/yqu8CMM6Ux

Brennaman said in an interview with Awful Announcing Tuesday that he hopes people will see how he’s grown since 2020, and he’s hopeful this show will be another chance for him.

“All I can do is what I’ve tried to do over the past two years, that’s learn and grow from the ignorant word I used in a flippant sort of way. And really, through my experiences and time with people in the gay community, I’ve learned a great deal. All you can do is the best you can do, and I’ve done that for two years, and I continue to learn and grow. I’m a better man today than the guy who sat up there in August of 2020, I’ll be a better broadcaster today than I was in August 2020 because of this whole experience and this whole journey. All I can do is ask people for forgiveness, a little bit of grace, and a second chance.”

He said the meetings he’s had with LGBTQ broadcasters and activists have helped him learn and grow, and he’s optimistic some people will give him another chance.

“I’ve got tremendous support from a lot of people in the LGBTQ community, from Los Angeles to New York to Florida to Cincinnati and all points in between, of some of the things I’ve tried to do and ways I’ve tried to grow over the last couple of years.”

But he said he knows he won’t get that chance from everyone.

“There are going to be people out there who no matter what, they’re going to forever know Thom Brennaman for [the hot mic incident]. My family has to live with this, my kids have to live with this, the whole nine yards—I’m not feeling sorry for myself, I’m feeling sorry for them and the kind of stuff they have to deal with, especially my son, who is a high school athlete. There are people out there that are going to think I’m a homophobe.”

Brennaman said he also knows some people will see him just as the meme of his apology interrupted by Nick Castellanos’ home run. But he said he’s spoken to Castellanos several times, and they get along fine, and he’s hoping to have Castellanos on the new show once the Reds’ season ends. On that front, Brennaman said Off The Bench will cover a mix of national and local topics, with him incorporating his national contacts from his decades of broadcasting, but also his knowledge of Cincinnati sports.

“It’s going to have a combination, I hope, of a Dan Patrick/Pat McAfee/Colin Cowherd kind of thing [with more local sports]. We’ll have regular guests on, Brian Billick will be on every week to talk about the NFL, we’ve already lined up Cris Collinsworth to come on, Brent Musberger’s going to be on our first show, so we’ll have a national feel to some extent. But some of our sponsors here in greater Cincinnati are very excited about talking about the Bengals and Ohio State and University of Cincinnati football and the Cincinnati Reds, things like that.”

Brennaman said the national to local mix will change day to day depending on the guests.

“When it comes to, let’s use Brian Billick as an example, he certainly has no ties to anything local here in greater Cincinnati, so he can bring a national perspective of things going on in the league, topics going on in the league, coaches who might be on the hot seat, all that kind of thing. And then we have a really good lineup of people who are very well-known here in Cincinnati. Prominent columnist Paul Daugherty, who just retired from the Enquirer, he’s going to be on every week to lend that more local kind of flair. The balancing act, I think it will be easy to do.”

“Chatterbox is a growing company, they started here in Cincinnati, Trace Fowler is the CEO and started it, and they do high school football, 7-10 games every Friday night. He gave me the opportunity to start doing some of that last year, which carries into this year. And now, our company is starting to evolve; we’re doing a GameDay-like show for two hours before every University of Cincinnati football game, right down on campus, we’re doing this talk show of mine on a daily basis, and Brandon Saho, who was an NBC 5 anchor for a number of years, has left there to come over to our place, and he’ll be doing podcasts on mental health on a regular basis. We feel like this is a great time, and we have great content to offer, and I’m just a part of the whole thing.”

Brennaman said overall, he’s come to terms with his 2020 error and its consequences for his career, and he’s now trying to keep improving and keep growing rather than just staying out of the broadcasting world.

“Every single person will make mistakes. Some become more well-known than others. I’ve made mine, and it’s become all over the place, and I screwed up beyond description. But I’m not going to sit around for the rest of my life at my age, when I feel like I have some things to offer that people might enjoy. I hope they do. The mission is to move forward; that’s all you can do.”

I am a very different man today than when I walked out of a TV booth in 2020. I've listened and learned about the impact of the word I used, and I'm ashamed by it. Now I'm hoping for a fresh start and I hope you join me. pic.twitter.com/UnyWGdlKKU