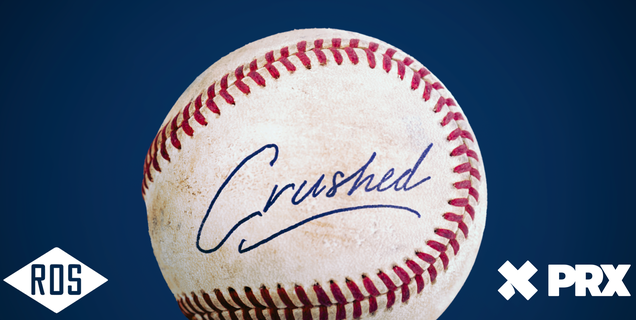 There have been some interesting retrospectives on Major League Baseball’s past handling of steroids lately, including last June’s 30 for 30 installment Long Gone Summer on the Mark McGwire/Sammy Sosa home run chase of 1998. The latest in-depth treatment of the issue is an upcoming seven-part narrative podcast series called “Crushed,” hosted by former Sports Illustrated staff writer Joan Niesen and presented by Religion of Sports and public media organization PRX. The series will debut on April 1, with a new episode released each Thursday through May 13. As a release on the show relates, Niesen has a personal connection to the subject matter from growing up in St. Louis while McGwire was chasing the home run record:

In 1998, Mark McGwire and Sammy Sosa raced to break the single-season home run record, casting a spell on the country. Host and former Sports Illustrated staff writer Joan Niesen was one of the many people who fell in love with baseball that summer; she was 10 years old and lived in St. Louis. But not everything was as it seemed. As it came to light that McGwire and numerous other players had been using anabolic steroids, many fans’ love of the game was rocked. Revisiting a pivotal period for America’s pastime, “Crushed” delves into the fallout from that scandal. What happens when our heroes let us down?

“I went crazy for baseball in 1998,” said Niesen. “And I’ve loved it ever since. But over the years, I realized I’d come to the game at a unique and complicated moment, and it’s been fascinating to dig in deeper to the steroid era and its enduring legacy. I’ve learned a lot, and I think this podcast will help listeners separate the truth of that time from the myths.”

This comes as part of Religion of Sports (the company founded by Gotham Chopra, Tom Brady and Michael Strahan back in 2018, based off the success of their Religion of Sports documentary series)’ latest expansion. They’ve done plenty of documentary series on individual athletes, including Brady, Steph Curry, Simone Biles, and more, and they’ve previously dove into podcasts with the “Why Sports Matter” podcast, “More Than A Game,” and “Now For Tomorrow.” But a single-host narrative podcast focused on one particular historical sports issue is an interesting jump for them, and it’s notable to see them teaming up with PRX (who they previously announced a partnership with in October) for this. Here’s more from the release on what to expect here:

“My memories of the highs and lows of the steroid era are so vivid. From watching McGwire hitting 62 to him sitting in front of Congress pleading the fifth,” said Schlossman. “Joan expertly tells this story as both reporter and true believer in a game she fell deeply in love with. ‘Crushed’ will challenge the assumptions and even the memories that so many of us have about the steroid era, while asking questions central to baseball’s present and future. How did a once-revered American institution lose its heroes, and can it get them back?”

“We’re proud to partner with Religion of Sports to bring ‘Crushed’ to podcast listeners,” said Jason Saldanha, Chief of Business Development and Content at PRX. “We believe this must-hear series is elevating what’s possible for impactful sports storytelling and journalism in audio.”

There certainly could be some interesting stuff here, especially for those curious about MLB’s past dealing with steroids. And the interviews with former players in particular seem potentially notable. It’s also notable to see a host of a podcast series with an admitted personal connection and past reactions to the subject matter; in sports in particular, that feels like something that could be valuable. Niesen’s personal connection to the 1998 drama feels like an asset here, and it may be interesting to hear how her thoughts on that moment have changed over time, and potentially even over the course of recording this series.