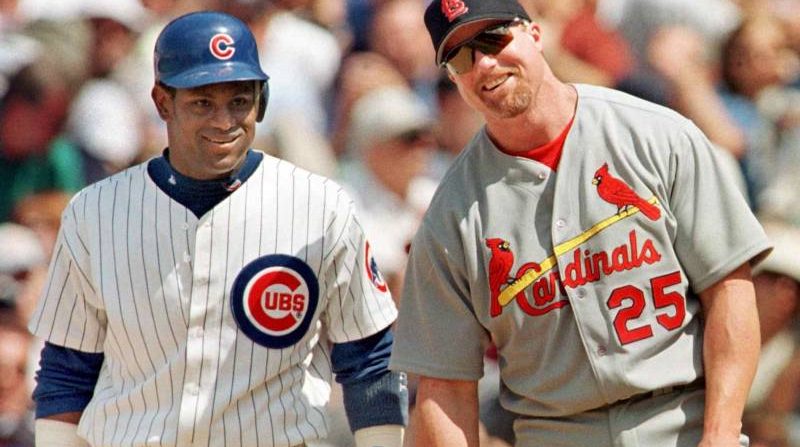 Length: One hour and forty three minutes without commercials (airing in a two hour window with commercials)

Installment: #110 by ESPN’s count (#111 by my count, counting the O.J. doc as one installment, although ESPN initially counted it as five different 30 for 30s, but now seems to list it separately, not as part of the series. Additionally, one finished project, Down In The Valley, has been suspended from airing.)

Most Similar To: The Price of Gold

Review: This weekend closes the book on ESPN’s COVID-19 documentary push, which saw the network air two hours of new documentary content every Sunday (typically on both ESPN and ESPN2). I’ll circle back next week when the ratings come out to see if we can learn anything about the ratings performances of these pieces, because ESPN seems to have leaned into a blueprint of focusing on high profile superstars who won big in the late 90s.

Our Twitter followers certainly seemed the most excited for this installment, which leads me to this question: what are you expecting with Long Gone Summer?

Of the three 30 for 30s that were expedited to air after The Last Dance, which were/are you the most excited to watch?

If you’re looking at my middle of the road ranking and are a little worried given your excitement level, I’d probably take it with a grain of salt. The excitement and nostalgia delivered in Long Gone Summer is incredible. I spent much of the film hitting pause and explaining to my girlfriend the context of just how exciting and crazy the 1998 home run chase was. I lived through it. It was riveting. The film brings that all back to life. It’s basically home run porn on steroids (I couldn’t help myself). If that’s what you are looking for, you’re going to get it, and you’ll be very happy with the film, which would really move this a bit higher in terms of a 30 for 30 grade and ranking.

I graded this more modestly because I had a higher expectations for the film, thinking it would be a bit more substantive and would deliver more introspection, context, and discussion of complex topics. I say that not as anyone who dislikes either Mark McGwire or Sammy Sosa or hates baseball. I just like usually some vegetables on the side if the rest of the meal is going to be a bit indulgent (that’s not really true, but the larger point stands).

I think a large hindrance here is that both McGwire and Sosa are not Michael Jordan or Lance Armstrong type interviewees. They didn’t seem to open up or volunteer much in any major way, so we really don’t get much extra insight into the chase than what we already had. The interviews don’t pop much. There aren’t many sound bites that stand out as telling, funny, or insightful. These guys hit some home runs and it was really exciting. The footage of the home runs and the emotional reaction of the fans and the media hysteria about the chase makes up the vast majority of the film’s substance.

It’s not just that we didn’t get into the topic of PEDs much, because there are plenty of features and documentaries about steroids in baseball. I assure you I am not blood thirsty for a hatchet job. It’s just that I was hoping McGwire and Sosa would open up about a variety of topics, but those more thought provoking items went largely unexplored. We don’t really learn more about their relationship, what life was like behind the scenes, if they felt any guilt at the time, how they felt about Bonds surpassing them in 2001, and their thoughts on how that summer helped baseball in general.

Long Gone Summer does dabble in some of this, but it only skims the surface. In no way do you walk away feeling like you have a better understanding of Sosa or McGwire, which was something that was achieved in both Lance and The Last Dance. Both individuals were a combination of both guarded and flat in their interviews, and the others that were interviewed didn’t add much of a unique perspective.

If you’re looking for nostalgic escape, you’re going to get a heavy dose of that in this film. We get a little bit of backstory on both players and how baseball was in bad shape after the strike. We get a little bit of discussion about PEDs at the end, but it feels like a cursory bare minimum. The bulk of the film is just a timeline of home runs and how the hysteria exploded exponentially.

This clip from The Simpsons sums it up pretty well: “do you want to know the terrifying truth…or do you want to see me sock a few dingers?”

I did sink into the nostalgia at times, remembering following the chase and how exciting it was. I remember being at the grocery store and someone coming on the PA system to tell shoppers McGwire had hit his 60th or something home run and how I’d take trips to the beach and amusement parks that summer and would immediately ask “any home runs?” upon returning from whatever excursion I was on. It took me back, and I’m sure it will take you back as well.

I think this film may have registered higher for me if it was slimmed down, but then once again, I think I’m probably not the specific audience ESPN is aiming for. This ultimately comes down to what you want and what you are expecting with this film. It’s a slick, fun two hour escape for those get a bit tingly thinking about that season with a few garnishes of more serious subject matter. I imagine that will go down smoothly for most interested folks, as it’s hard to argue that ’98 home run chase wasn’t a magical time in sports, and one that has been forgotten about since.

That’s all. Enjoy the film and be well!