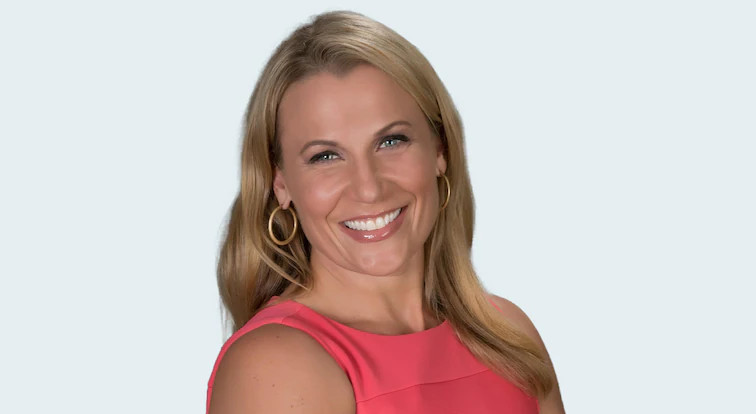 The Milwaukee Bucks have named Lisa Byington as their new play-by-play voice for games on Bally Sports Wisconsin. She replaces Jim Paschke, who retired after the 2020-21 season following 35 years calling the team’s games. Byington’s recent highlights include becoming the first woman to call men’s NCAA Tournament games (doing so this March for CBS and Turner), calling men’s and women’s college basketball games for Fox Sports, calling men’s and women’s soccer at the Tokyo Olympics for NBC, and calling WNBA games for CBS. She also has a long history of doing play-by-play for multiple sports, from basketball (she’s called men’s and women’s college games since 2013 for Fox and the Big Ten Network) to soccer (she also called 2019 FIFA Women’s World Cup matches for Fox, and was part of the first all-woman crew to call a MLS game that year as well) to football (in 2017, she became the first woman to call a football game on the Big Ten Network). Here’s more from the Bucks’ release on her hire:

“We are so excited to welcome Lisa to the Bucks family and to bring such a talented play-by-play announcer to our broadcast team,” said Bucks and Fiserv Forum President Peter Feigin. “Lisa’s extensive television broadcasting background, including her play-by-play work for high-level NCAA basketball on several national networks, makes her the perfect choice to take on this major role. While we appreciate the significance of selecting Lisa, and we celebrate this historic moment, Lisa earned this position based on her extraordinary skills and experience. We look forward to Lisa becoming the voice of the Bucks.”

“I’m absolutely thrilled for this opportunity, and the ability to work with a first-class franchise and a championship organization like the Milwaukee Bucks,” said Byington. “My sincerest appreciation and thanks go out to so many, but, in particular, Bucks President Peter Feigin and Bally Sports Wisconsin Executive Producer Tony Tortorici for making this such a smooth process from start to finish. I know that I will be stepping into the role long-held by Jim Paschke, and I appreciate his passion for the team and the memorable moments his voice will always be a part of. I’d be remiss if I didn’t acknowledge his work and commitment to the franchise, and it’s my honor to be the one who takes the baton from him. I’m particularly excited to work with such an amazing team of Marques Johnson, Zora Stephenson, Steve Novak and everyone involved with Bucks games at Bally Sports Wisconsin.

“Finally, I understand the groundbreaking nature of this hire, and I appreciate the fact that during this process that aspect was addressed, but never made a primary focus. In fact, I applaud the Bucks for taking the first steps toward making hires like this more of the norm in the NBA. Because it’s time.”

It’s certainly notable to see Byington taking on a main play-by-play role for a NBA  team. It’s also significant to see a men’s sports team hire a woman as their primary TV play-by-play voice. There have been quite a few all-women broadcasts recently, and we’re starting to see more and more women in prominent broadcasting roles, but it’s still a big step to see a NBA team choose a woman as their full-time TV announcer.

There have been some women as lead TV analysts for NBA teams, including Stephanie Ready and Kara Lawson on TV with the Charlotte Hornets and Washington Wizards respectively. There also have been some female lead analysts on the radio for teams in other top sports, including Suzyn Waldman with MLB’s New York Yankees and Sherry Ross with the NHL’s New Jersey Devils. And there have been many prominent women in both national and team play-by-play roles, including Beth Mowins calling NFL pre-season games for the  Raiders and national NFL games for CBS and ESPN. But the Bucks’ announcement of Byington as “the first female full-time TV play-by-play announcer for a major men’s professional sports team” appears correct for at least the NBA, the NHL, and MLB, and that makes this quite a notable move. Byington has a long and impressive resume of calling a variety of sports, and she seems like a good hire for the Bucks.