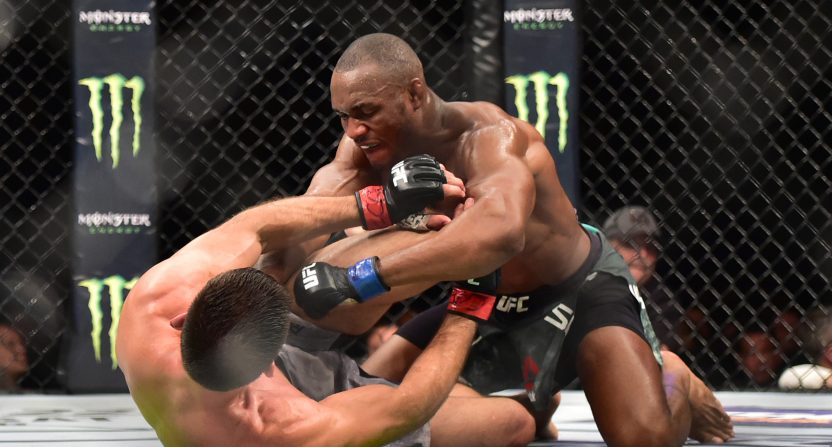 Two weeks after agreeing to a streaming deal with UFC that would allow it to stream certain events on ESPN+, ESPN has come back for a bigger bite of the mixed martial arts pie.

According to reports from The Hollywood Reporter and Sports Business Journal, ESPN has outbid Fox for full UFC broadcast rights, making it the new home of the world’s premier MMA promotion. The deal will reportedly have ESPN pay $1.5 billion over five years — the previously reported $750 million for streaming rights, plus another $750 million for linear ones. That $300 million per year price tag represents a stark increase from the $115 million Fox paid annually as part of its existing deal with the UFC, and gives the promotion the massive rights hike they initially sought when starting negotiations on a new TV deal a year ago.

This also makes Dana White’s comments from a year ago, discussing ESPN’s future and the future of the UFC’s TV and digital rights, look more interesting in hindsight.

“I think where you really see it is if you look at ESPN and how powerful ESPN was five years ago, and if you look at what they were getting per sub, their subs are dropping. And they’re scrambling trying to figure it out right now. They’ve started that BAM Network, which is going to be an OTT (White is referring to ESPN parent Disney’s purchase of BAM Tech, and the planned ESPN OTT service using its technology that’s scheduled to launch in 2018). There’s no doubt that the internet and OTT is where it’s all going. And it will be interesting to see when it all, when the smoke clears, who’s around and who’s not.”

According to SBJ, ESPN will broadcast 10 full events on linear TV, plus 12 PPV prelims, and 20 events on ESPN+ for a total of 42 events. UFC will retain rights to 12 PPV events. Per SBJ, new ESPN president Jimmy Pitaro was a key driver of the network’s aggressive bid, viewing UFC as an ascendant property with an appealingly young and diverse audience, despite somewhat stagnant ratings and a current dearth of mainstream stars.

Fox had owned rights to UFC since 2011 and was the presumed favorite for linear rights entering this bidding period. Variety reported in April that Fox and ESPN could wind up splitting UFC rights, and when ESPN announced earlier this month that it had acquired the rights to stream 15 UFC events a year on ESPN+, Fox seemed likely to wind up keeping its linear package. Instead, it appears, ESPN pushed aside Fox to become UFC’s sole television partner.

NBC and Turner Sports were also reportedly interested in UFC rights, though earlier this year, their interest wasn’t significant because of still-ongoing issues related to the AT&T-Time Warner merger..

News of ESPN’s UFC deal comes days after Fox announced it had purchased rights to WWE SmackDown Live, which had previously aired on NBCUniversal’s USA Network. Even so, the loss of UFC will create a significant hole in Fox’s programming lineup on FS1 that the network will now look to fill.