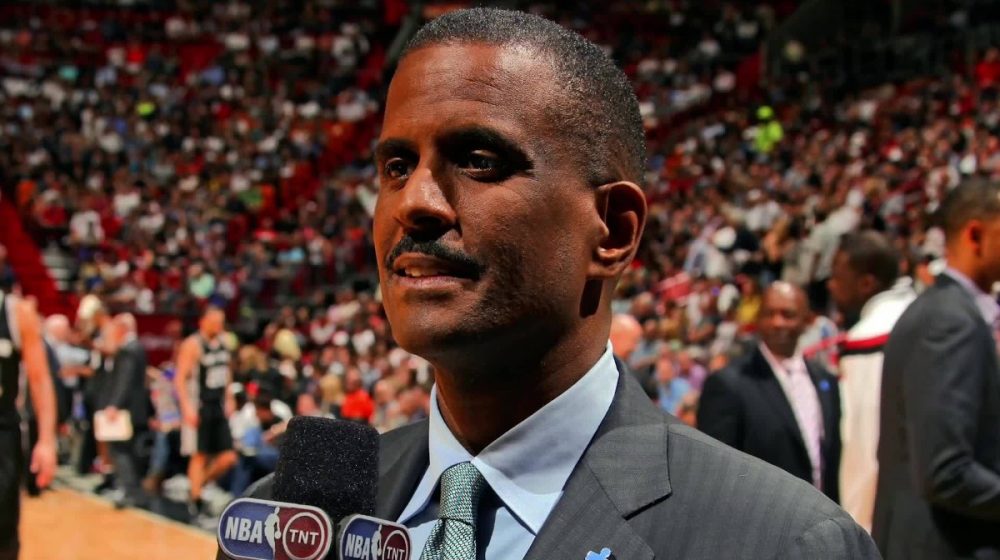 The Athletic has been something of a locomotive ever since it launched, rolling across the country with relative ease as it assimilated local writers in each market it passed through in order to create their own verticals. Atlanta, Baltimore, Wisconsin, Los Angeles, Dallas, Buffalo. On and on they chugged, seemingly unabated. All the while they were snatching up some of the top names in the sports media world as well, including Jay Glazer, Shams Charania, Bruce Feldman, and even Rick Reilly for some reason.

The one market that seemed to be giving the subscription sports service pause, however, was Washington, D.C. Not only did The Athletic seem to have a hard time poaching talent from the big players in the town, but those would-be rivals were trying to beat them to the punch. The Washington Post floated an online subscriber-only model for sports coverage a few months back. There’s also Sports Capitol, a subscription-based sports site started earlier this year by three local writers (former Washington Times enterprise writer Todd Dybas and longtime local sports reporters Brian McNally and Ben Standig).

Deadspin noted a few weeks back that despite their best efforts, The Athletic was unable to raid WaPo’s sports desk.

Sources at the Washington Post say the Athletic has approached, and failed to hire, sports editor Dan Steinberg, Capitals reporter Isabelle Khurshudyan, Redskins reporter Kimberley Martin, columnist Barry Svrluga, Nationals reporter Jorge Castillo (who recently announced he was going to the Los Angeles Times), soccer writer Steven Goff, and college sports, tennis, and WNBA reporter Ava Wallace. It’s unclear whether Nationals reporter Chelsea Janes and Wizards reporter Candace Buckner have talked to The Athletic and if they are considering—or have accepted—jobs at The Athletic. (Update: Sources familiar with the situation say Janes and Buckner were also approached by The Athletic. They are both staying at the Washington Post.)

Still, The Athletic remained undeterred. There’s just no way you can have a service and product like theirs and not be in the D.C. market. The only question was, how can you make a big enough splash in order to convince readers your content is worth paying for? They’re hoping the answer, or at least the start of the answer, is David Aldridge.

After 30 years on planes…I’m coming home. I’ll be joining The Athletic D.C. as Editor in Chief: https://t.co/x7PoY9I2f0. And here’s how you can sign up for great D.C. sports coverage with a 30 percent discount: https://t.co/USTK5jPfNO

Aldridge, who has made his mark over the last few decades for ESPN, the Philadelphia Inquirer, and TNT, was announced as the Editor in Chief of The Athletic D.C. on Monday. As all major acquisitions do, he announced the move via an explainer on the website.

…I went to ESPN, even though I knew next to nothing about television, because I thought the Four-Letter Network was blowing up, and I wanted to be a part of what was coming together there. It was an educated hunch. And it was the right thing to do.

I’ve felt similar comingled pangs of fear and anticipation in the last couple of weeks, having decided to leave Turner Sports — the best job I’ve had in my life — after 14 years as a reporter and analyst, to be in my beloved and so misunderstood hometown, Washington, D.C., on a more regular basis.

Really, on a permanent basis.

I will, in early October, become the editor-in-chief of The Athletic D.C.

No, I can’t believe I typed that, either.

Aldridge notes its the first time he’ll be an EIC since he worked for The Eagle, the student newspaper at American University in Washington, D.C. He also backs up his strong D.C. roots, noting that while you probably know him from his NBA coverage and national bona fides, he’s born and bred, went to school here, and has always been a D.C. guy.

Aldridge says the move won’t become official until October and he will remain with Turner Sports until then.

The announcement also includes mention of the full D.C. team for The Athletic. Chris Kuc will cover the NHL’s Capitals, Tarik El-Bashir, Rhiannon Walker, Grant Paulsen, and Mark Bullock will cover the NFL’s Redskins, Fred Katz will lead coverage on the NBA’s Wizards, Eamonn Brennan will be focusing on the D.C. college hoops scene, Lindsay Gibbs will cover the WNBA’s Mystics, and Pablo Maurer will lead their D.C. United coverage.

One of the big criticisms of The Athletic stems from the infamous quote from co-founder Alex Mather from last year, when he said, “We will wait every local paper out and let them continuously bleed until we are the last ones standing. We will suck them dry of their best talent at every moment. We will make business extremely difficult for them.” Since then, many have watched the company’s growth with a wary eye as it seemed to do just that, even if the language used since then has softened. The Athletic doesn’t seem to have the ability to do that in D.C. and Aldridge ends up the announcement by stating the obvious and also providing some good thoughts about how the company can be a part of the D.C. sports scene instead of trying to ruin its competitors to dominate it.

Some of you may be waiting for me to take a shot at the Post, the 8,000-pound journalism gorilla in town. It will not be forthcoming. The Post is a great paper, and I am, and always will be, a proud alumnus of the institution. It is doing vital work in this era of attacks on the free press specifically and our democracy in general. My feelings about it will never change.

But no paper is so great that it couldn’t use some competition. No medium is so important that it should have a monopoly in any city on intelligent, aggressive coverage.

We are not going to put The Washington Post out of business. We know that. And if that was the charge from Adam and Alex, I wouldn’t be here.

But I do pledge that The Athletic D.C. will try to win every day when it comes to covering sports in my hometown. And we will win a lot of days. And when we don’t, we’ll be right back at the front of the line the next day, ready to get after it again.