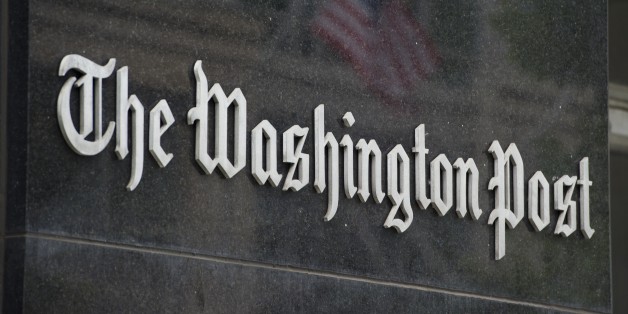 The Athletic might still be the new kid in town but their online subscription-only model is a shot across the bow of how sports journalism and content is consumed. While their co-founder didn’t win many people over when he said wanted to “wait every local paper out and let them continuously bleed until we are the last ones standing,” he also wasn’t wrong about how their business strategy could be successful against an industry of newspapers and sports outlets that can’t figure out how to make money. Not to mention, investors are lining up to give the company what it needs to stockpile great writers (and also Rick Reilly) in markets large and small.

Our own Ben Koo talked about how effective that business model is in a recent post about why The Athletic is only going to get bigger and better.

The biggest thing going for The Athletic is the business model, one that doesn’t chiefly rely on advertising rates and page views. Using Awful Announcing as an example, I really have no idea how much this site will make next month. I could be more than 20% off in either direction guessing the traffic we will get. Likewise, I can’t really tell you the ad rates we’ll bring in for that traffic.

Facebook and Google can and have changed their algorithms, new ad blockers could be released on more browsers and platforms, display ad rates could spike or crater, and hell, it could just be a slow month. That’s the grind for most digital publishers and it’s why you’re seeing a lot of jobs disappear.

But The Athletic and other subscription sites are bypassing all that dreck. Guessing the number of new subscribers and the amount of cancellations is a much easier model to project and track. It’s not exactly a secret that we as consumers often maintain subscriptions either unknowingly or unwillingly due to laziness, busyness, or lack of awareness.

As we speak, there are millions of people still paying for dial-up internet who don’t even use it and haven’t in years. I still pay for a stupid Efax account (which costs more than a subscription to The Athletic and Netflix combined) and nobody has sent me a damn fax in maybe two years and yet that baby will auto-renew without me doing anything.

This is a long way of saying, The Athletic and any other business that have your credit card info and can auto-renew your subscription is a MUCH better business than relying on a myriad of other factors to drive revenue. Sure, other outlets can get you to follow, like, and sign up for notifications and emails, but ultimately if you don’t click onto their site or have an ad blocker on or ad sales just have a bad month, it’s just not going to help the bottom line.

So how do newspapers fight back against the future? Sometimes the simplest truths are the right ones. And if you can’t beat’em, join’em. That appears to be the strategy for the Washington Post, which is reportedly considering moving their sports coverage to an online subscriber-only model much like The Athletic.

Looks like The Washington Post will be next to try an online subscriber-only model for sports… pic.twitter.com/R2PgMcS8yp

Per a tweet from DDA Marketing, the Washington Post is presenting a new plan to turn their sports coverage into a premium product that might be part of their overall website or might be broken off as a separate entity, such as a standalone app. It’s unclear if WaPo would still provide “regular” sports coverage, though they do mention that the subscriber content “would go beyond game recaps to provide advanced analytics, expert analysis, and interactive community-building features.” That would apparently include discussions with WaPo reporters or former players, user-generated content, reader polls, and more.

Part of the model would also include an aggregated social feed of “relevant reporters, columnists, and athletes into a single, smartly organized feature.” Readers could also sign up for daily email newsletters and score or breaking news notifications.

The announcement also notes that this product could focus on a specific D.C. team, such as the Redskins or Capitals, or it could be all-encompassing of all regional teams.

At first glance, it’s very unclear exactly what this subscription-based product looks like and if it provides enough value to make readers want to sign up. Some of these potential offerings, such as aggregated social feeds, newsletters, and breaking news alerts, aren’t exactly unique and can be acquired for free in multiple places. However, the value would be in getting exclusive content from WaPo reporters, writers, and experts, which is likely where their main selling points would be. If regular readers were suddenly unable to read post-game analysis from their favorites unless they paid $5.99/month (or whatever the number is), that might be the kind of thing that feels worthwhile.

As for the overall impact of a major news brand like the WaPo leaning into subscription-only content, that remains to be seen. However, it could end up legitimizing The Athletic in a major way. It could be a signal to the industry and consumers that this is the way of the future for sports content and not only is The Athletic right, but they were the ones who saw it first.

There’s also the question of what impact this will have specific to Washington, D.C. Interestingly, The Athletic hasn’t started a D.C.-based site yet. It’s surprising given that, if you include Baltimore, the region has two MLB teams, two NFL teams, an NBA team, and an NHL team. Perhaps they’re trying to figure out how to compete with WaPo, or possibly even trying to poach WaPo’s writers for themselves. They do have a D.C. category for now that provides some coverage of key stories in the city and region, but it isn’t as robust as the 22 cities they currently have beat writers in. By jumping into the subscriber pool before The Athletic has a chance to cement their place, perhaps the Post is attempting to cut off their rival’s growth locally before it really gets started.

WaPo also has to consider Sports Capitol, a subscription-based sports site started earlier this year by three local writers (former Washington Times enterprise writer Todd Dybas and longtime local sports reporters Brian McNally and Ben Standig). That site charges $5.99 per month for exclusive coverage of all the local sports teams. In WaPo’s article on the launch of the site, it was noted that they felt okay taking on the Post because “the Sports Capitol folks think there’s still an opening because The Post’s focus is increasingly national; because Post beat writers still wrestle with print deadlines and game stories; because The Post doesn’t offer any locally focused sports podcasts; and because thriving sports towns should foster thriving sports media competition.” All of that sounds like a lot of good reasons for the Washington Post to get in on the subscription model business, regardless of who their local competitors are.