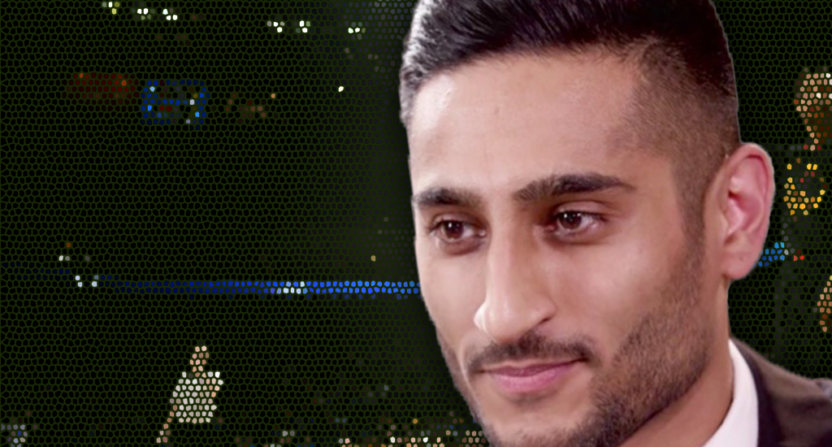 There’s been plenty of talk lately about where Yahoo NBA reporter Shams Charania might wind up, thanks to his contract expiring this summer. Yahoo Sports general manager Geoff Reiss has now sent out a statement saying that Shams is in fact moving on:

“Yes, we can confirm Shams’ departure for later this summer. We take pride in how far Shams has come in his 3 years at Yahoo Sports. He has been a great member of our Yahoo Sports team, breaking news and giving fans great perspective. We made the decision to walk away from negotiations. We will continue to discover and develop emerging talent as our track record proves.”

Meanwhile, Andrew Marchand of The New York Post opined that The Athletic and NBC Sports Regional Networks could be in the mix for Charania:

Charania, just 24, will be deciding on a new home soon. Just a year out of college, Charania has made a name for himself by challenging Wojnarowski, now at ESPN, on the NBA transaction beat. Charania will be bringing his more than 360,000 Twitter followers to a new destination soon.

He has had talks with ESPN, though the network has a large stable of NBA insiders, including Ramona Shelburne, Chris Haynes and Dave McMenamin, among others, so a fit seems unlikely. NBC Sports Regional Networks and The Athletic are two known places with interest. Yahoo, according to one source, is looking to replace Charania, so, memo to NBA insiders: Send your résumés.

It’s interesting that ESPN now appears less likely as a landing spot for Charania than it did recently, but maybe that’s about a combination of him wanting to pursue his own path and the Worldwide Leader deciding that they have enough NBA newsbreakers. At any case, The Athletic and NBC Sports Regional Networks are both certainly notable possibilities. The NBA is perhaps an area where The Athletic hasn’t fully cashed in yet; they have plenty of significant local voices, but could perhaps use a boost on the national scale, and Charania might give them that.

But it’s significant that The Athletic doesn’t come with a TV presence, and NBC’s regional networks might have an advantage there. It’s also interesting that Turner Sports, the other network with national NBA rights, hasn’t really been mentioned in this discussion so far. Charania might be a great fit there, but perhaps their limited NBA studio programming outside NBA TV means they don’t need to really go after newsbreakers.

Despite the lack of TV presence, though, The Athletic seems like it could be a strong fit for Charania. They’ve shown a desire to build up national brands as well as local brands with hires in college football, college basketball, soccer and more, and they’re definitely making some nice offers to writers. And it could even be possible that they might sign Charania to a writing deal while still letting him appear on TV elsewhere. In any case, it will be interesting to see where he winds up. But it does look like he’ll move on from Yahoo, and that’s certainly notable.