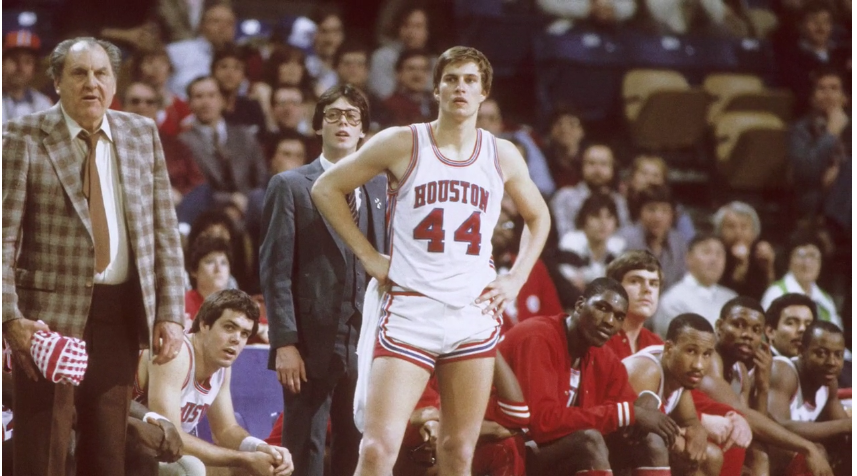 Installment – #85 by my count. ESPN considers this #89 as they count the  OJ documentary as 5 seperate installments (they also don’t count the “suspended” Down In The Valley installment)

Most Similar To – The Fab Five, When The Garden Was Eden

Review – Here is a interesting fact for you: Of the 85 30 for 30’s released, nearly a third of them have aired in October (28 of 95). October usually gives a few 30 for 30’s each year and that’s why I was a bit surprised to see only one on the calendar this year, which is probably the tradeoff of having a run of six straight months with a new installment earlier in the year when historically 30 for 30 releases have been more sparse.

I can’t say this is one of the must see installments, but it’s definitely solid, interesting, and well crafted. Ultimately two things worked against Phi Slama Jama as it leaves you with a lot of unanswered questions (more on that later) and the timing felt odd with a college basketball film debuting smack in the middle of the MLB playoffs and college football and NFL regular seasons.

There are two prime 30 for 30 slots each year in which the lead-in audience allows for a larger rating, the first being after the Heisman ceremony (the upcoming Catholics vs. Convicts getting that slot this year) and after ESPN’s tournament bracket show in March. The December Heisman slot has always been a football themed installment with the March one usually being basketball themed. With Phi Slama Jama airing in October, it makes you wonder what ESPN has in their back pocket for March, which would have been a much more natural release date for this. I suspect many viewers will find themselves in a similar position as me in that they’re not in the mood for a college basketball documentary given the sport is not exactly just not top of mind right now.

Putting aside quibbles with seasonality (which is out of the hands of the director), Phi Slama Jama brings the quality of storytelling 30 for 30 is known for in retracing the meteoric rise of the 82-84 Houston Cougar basketball teams which played in three consecutive Final Fours. Personally, I absolutely love sports documentaries that chronicle stories in the 80’s as they help extend my sports knowledge which didn’t really kick into gear until the late 80’s.

I suspect my knowledge of the Phi Slama Jama is similar to many people in that Drexler and Olajuwon played on those teams, they dunked a lot, and they ended up losing to Valvano’s miracle NC State team on a buzzer beater. There aren’t any obvious lulls when learning about the Cougars’ rise and fall but the film never hits the “OMG, this is AMAZING” realm either.

We learn about how Olajuwon ended up in Houston – an interesting, lucky, and fortuitous break for the Cougars. We also learn about the two other Final Four tournament runs Phi Slama Jama had, which ended against Jordan’s Tar Heels and two years later against the Ewing’s Hoyas. Like I mentioned when reviewing Requiem for The Big East (an underrated and under-watched 30 for 30 that was Ezra Edelman’s previous project before the OJ doc) as well as Why I Hate Christian Laettner, these 80’s and 90’s college basketball docs leave you with a sense of sadness of when college basketball retained their stars and often saw epic March showdowns rather than the rotating door of one and done’s we see today.

Director Chip Rives hits a solid double more or less with the film with not much to dwell on in terms of questionable filmmaking decisions. Going back to comment on unanswered questions, Rives had the potential for this to be a triple but circumstances didn’t allow that to happen.

While retracing Houston’s success in the early 80’s is 75% of the film, I found myself much more interested in the secondary narrative that was pursued in the search to find former Cougar guard Benny Anders, who had fallen off the map since getting kicked off the team and hasn’t been heard from since despite many efforts to track him down.

I’m always interested in these type of stories, (why people disappear and if they can be coerced to remerge to tell their story). In fact, I’ve been pursuing two of them myself, one of which I’ve had multiple interviews with a subject who played college basketball like Anders but fell off the map despite media intrigue into his story. He answered a lot of my questions (where he went/why he disappeared, and why he was reaching out now) and I thought I had the makings of a great story, but when it came to filling in some of the blanks of what exactly he’s been up to for 30 years in between, he went radio silent again and I opted to not tell half the story instead of the full story. With the search for Anders, ultimately we’re not given answers to a storyline that I suspect many of us will become invested in.

Anders came to Houston on equal footing with Drexler but never really ascended to being much more than a role player. He is most notably remembered for almost stealing the ball in the closing seconds against NC State in the championship game which would have led to a game winning dunk. The film retraces the turbulent few years after that “what could have been” moment and intersperses scenes of two of his teammates driving around various states going off of various clues and tips on Anders’ current location. 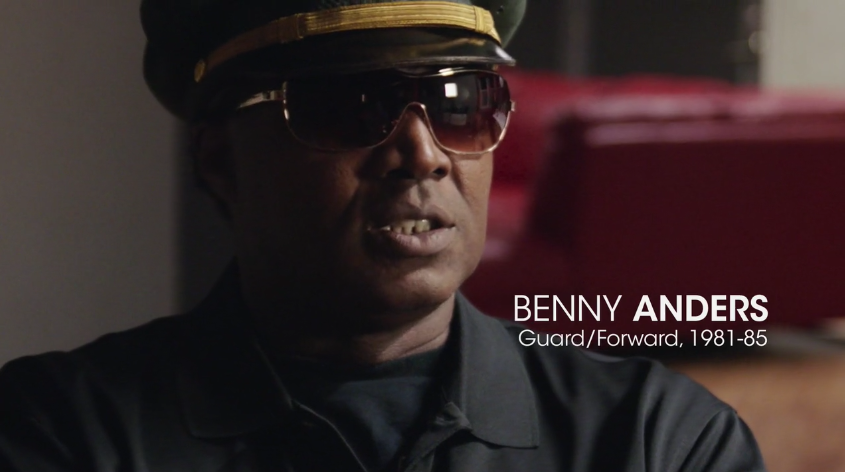 This is the first time I’ve had a spoiler section so only read on if you don’t mind having this spoiled, but ultimately after a stakeout outside of an address his former teammates are confident he lives at, Anders is found. As a viewers, you’re excited that the mission was successful and enjoy the brief and warm moment of hugs (although taped mostly from a distance across the street). You can probably infer Anders asked the cameras to stop rolling once he spotted them.

And then the mysterious Anders (nicknamed “The Outlaw”) is now on camera being interviewed which SI’s John Wertheim confirmed was a paid appearance (Wertheim had himself looked for Anders years ago and came up empty). Anders sports a much different look than he had on the street as you can see above, so we’re not really given much of a look given the reunion scene was from a distance and he’s in sunglasses and this odd hat here.

All of this tension has built up and you’re looking for closure on this narrative and while Anders actually does have a few very eloquent words about Phi Slama Jama, his time being interviewed is about a minute on screen and he opts to not answer any questions about why’s he’s disappeared.

While the tracking down of Anders and his words about the team serve as a natural ending point for the film, I think many like myself will find themselves thirsty for more information about Anders. That’s not something that Rives or ESPN can control and it doesn’t take much away from the film, but just leaves you wanting more.

Ultimately Phi Slama Jama is an enjoyable watch, that is well made, and compelling but the timing of the release and the unanswered questions with Anders will likely effect how well it’s received.