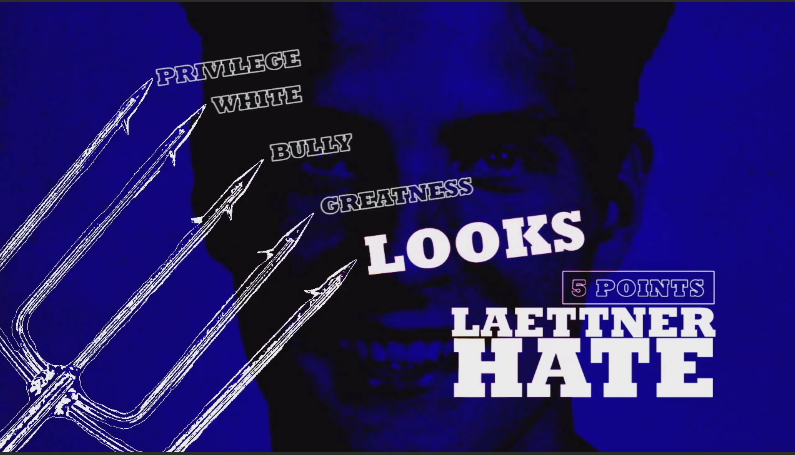 Director – Rory Karpf (director of 30 for 30, Tim Richmond: To The Limit, and 30 for 30 Short, Silver Reunion, among many other ESPN projects.

Most Similar To – Brian And The Boz, The Marinovich Project

Grade/Ranking – Mid teens out of 71

Review –  ESPN has two premier 30 for 30 air dates each year, one being after the Heisman ceremony and the other being after the NCAA Tournament draw. Both slots generate higher ratings and have typically been given some of the better 30 for 30 titles (typically a football doc after the Heisman ceremony and basketball after the tournament draw). So with that in mind, I had high expectations for I Hate Christian Laettner, despite some level of skepticism if this was a topic big enough for its own documentary.

Previous installments after the selection show have included Winning Time, The Announcement, Survive And Advance, Requiem For The Big East, and The Fab Five so there is a pretty high bar set and clocking in at 90 minutes without commercials, I had some concern this installment would have a tough time stretching such an odd subject. But my concern was misplaced. I really liked I Hate Christian Laettner despite not really hating Christian Laettner at all, a likely good sign for those who actually still do.

A chief part of my concern was that Laettner’s Duke days were so along ago and at a point where I was so young, it wasn’t clear to me that Laettner was such a lightning rod. But to director Rory Karpf’s credit, he does a stellar job outlining why Laettner is the original and most hated Duke antagonist. Some more insight below on the hate for Laetnner from Richard Deitsch’s piece on the film from 2014.

“​Hearing how strongly the Michigan players felt about him intrigued us,” Dahl said. “Then two years later Grantland did a bracket tournament on the most hated college basketball players over the last 30 years and Laettner was the clear ‘winner’ of the contest. It just reinforced that a lot of people still have strong opinions about him. Several months ago we were talking about the post-Bracketology slot on ESPN for this upcoming March and Laettner came up as a possibility.“

In terms of how I grade the 30 for 30’s, you may recall I have a simple and balanced approach of “How good of a story is it?” and “How well did you tell it?” Story-wise, I would say this is more in the middle although Laettner’s time at Duke had a mind-numbing amount of big and classic games. Laettner’s story lacks some of the drama that have driven many of the 30 For 30’s in terms of tragedy, scandal, etc. That said, Karpf’s direction really shines through and makes I Hate Christian Laettner an easy and brisk watch that never drags and is very entertaining.

On that note, it recently dawned on me how much I’m enjoying HBO’s The Jinx and a large part of that is how that story is being told with many details being held back, not staying in chronological order, and the fluid use of differing point of views in terms of interview participants. The decision to depart from linear storytelling and organize the film by breaking down the hate of Laettner into five specific categories was a huge boost to the film. The jumping back and forth in his storied career based on those elements of hate made for a much more stimulating film as viewers will often be trying to take the various snapshots of various peaks and valleys from his career and assemble them in chronological order.

Everything across the board essentially gets a high grade. Very strong participation from players, opponents, coaches, notable haters, and fans. Nobody is notably missing. The old footage oozes with excitement to the point I nostalgically longed for that era of college basketball (more on this later). Laettner himself came off as likable (almost like a really chilled out Bill Simmmons) and gave candid insights into his career. Rob Lowe did a good job as narrator (also has an executive producer credit).In the end, the hate for Laettner is so well articulated and documented that it most certainly merited not only the film itself, but the coveted mid march time-slot.

As mentioned earlier, I think the one thing that may overshadow the film to some degree is just how much this era of college basketball is missed. With superstars staying mostly for 4 years, it made for amazing television as March Madness was on steroids. We all watched intensely at LeBron’s four years with the Heat either rooting for or against him and that’s really the only thing I can compare Laettner’s time at Duke to.  Continuously through out the film, I found myself floored with the amount of big time memorable games he went through and thinking if there is anything close to an equivalent in college basketball today.

Yes, there was the Kentucky shot, but do you remember Laettner’s other tourney buzzer beater which came in OT no less? How about not one, but two Final Four or championship clashes with UNLV? Two showdowns with the Fab 5? Laettner’s Dukies even had two showdowns with Shaq and LSU.  Nowadays the majority of us (casual fans) can’t name one or two players on the majority of Top 25 teams. Back then, you knew the stars because they didn’t jump to the NBA after one year so college basketball was more or less bursting at the seams with memorable talented teams with chemistry, personality, battle scars, and rivalries. I can’t bemoan the right for young athletes to make a living if so inclined and the opportunity exists, but for me personally my biggest reason to hate Christian Laettner is that this film unintentionally put a melancholy note on what college basketball has lost.

That said, if you want to relive those days, I Hate Christian Laettner is very good and will certainly put you in the right mindset for the NCAA tourney whether you hate him or not.