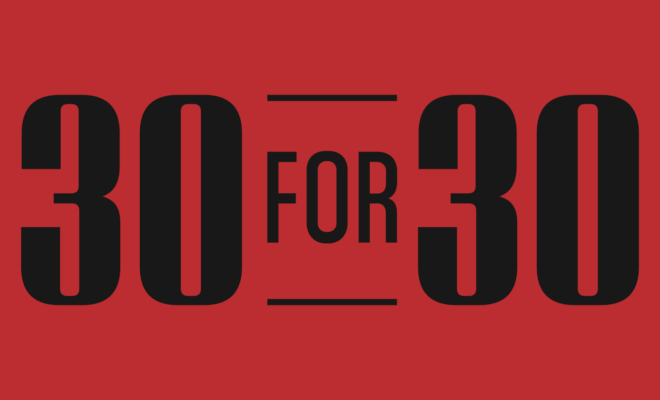 ESPN’s 30 for 30 brand has been quite successful in the documentary genre whether it’s been through short-form or long-form storytelling. Now, 30 for 30 is launching a new podcast series later this month. 30 for 30 Podcasts will tackle a single subject just like the documentaries, but produce the topic for audio only. Originally announced back in March, we now have the topics for the entire first season of podcasts.

The first episode will premiere on June 27 and a new installment will debut each week through July 25. People can subscribe to the podcast now through the usual channels and will find an audio trailer previewing the series.

Here’s the entire 30 for 30 Podcasts schedule:

The first episode, “The Trials of Dan and Dave” will focus on the 1992 $25 million marketing campaign by Reebok on Olympic decathletes Dan O’Brien and Dave Johnson that turned to dust when O’Brien didn’t even qualify for the Barcelona Games.

“Yankees Suck” looks at a group of Boston fans who snuck in bootleg t-shirts into Fenway Park in the early 2000’s just as the Red Sox-Yankees rivalry was at its height.

“On the Ice” is a story about 20 women responded to a newspaper open call to go to the North Pole and how it changed their lives forever.

“Queen of Sorts” explores how poker king Phil Ivey managed to win $20 million from casinos through an elaborate baccarat scheme gaining international attention and the casinos attempting to get their money back. However, the whole scheme was launched by “Kelly” Cheung Yin Sun who was attempting to get revenge.

And “The Fighter Inside” episode looks at how a boxer got a fight on network TV while he was incarcerated in a state penitentiary.

With podcasts like “Serial” and “Crimetown” gaining notice, this is a natural progression for the 30 for 30 series extending its storytelling to a new medium.