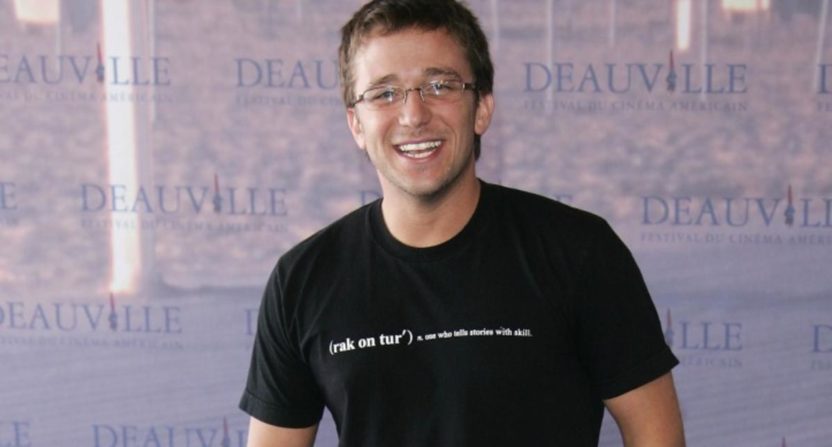 With ESPN’s 30 for 30 documentary series becoming so dominant, to a point where 89 have been aired so far (not counting the 30 for 30: Soccer Stories or 30 for 30 Shorts), where 30 for 30 has become a term that some even use to refer to other companies’ sports documentaries, and where ESPN had to return to the 30 for 30 brand after the initial series ended and ESPN Films Presents didn’t catch on in the same way, it can be hard to remember that 30 for 30 wasn’t always on top. In fact, way back in 2009, the first six installments didn’t draw a ton in the way of ratings on their initial airings.

The seventh film to air changed that, though, with Billy Corben’s The U (on the University of Miami football team) airing after the 2009 Heisman ceremony and drawing 2.37 million viewers. That was more than triple the 645,000 that turned in for film #1, Peter Berg’s Kings Ransom (on the Wayne Gretzky trade). In a long interview with Inc.‘s Jeff Haden about his career, Corben discussed The U‘s success, and how it partly came from that slot and set 30 for 30 up for more:

The first round of 30 for 30 was six films. They were just hoping to get to 30. (Laughs.) The first few films didn’t rate well. They were really good, but the series wasn’t making the impression ESPN hoped. Plus they didn’t really know how to promote them yet.

Fortunately for us, they positioned The U after the Heisman Trophy awards show. None of the others had that kind of live lead-in. That Heisman time slot was great for us. A lot of people say, “Hey, you guys did the first 30 for 30…” and we say, “No, but maybe it was the first 30 for 30 you saw.” (Laughs.)

It was a huge relief when The U performed the way it did. We thought it was a great story well told, but the stars aligned when they aired it right after the Heisman show.

The Heisman show lead-in certainly gave The U a significant bump, and that post-Heisman slot has been a key launching point for subsequent college football 30 for 30s almost every year afterwards, including Pony Excess (the 30th of the original series), The Marinovich Project, You Don’t Know Bo, Youngstown Boys, The U Part 2, and Catholics vs. Convicts. The one exception came in 2015, where it launched a NFL 30 for 30 (Four Falls of Buffalo). Of course, The U might well have been successful wherever it wound up, given both the widespread interest in the subject and the entertaining product Corben delivered, but putting it in front of a captive audience of college football fans definitely helped, and it did help establish the series as well.

Could any film have benefited from that slot? Probably, at least to some extent. The Heisman ceremony delivered a stronger lead-in than most ESPN programming ahead of 30 for 30 installments, and that likely would have helped a film about just about anything. But The U was a perfect choice for that slot, and it probably retained more of that college football audience than an unrelated film on another sport would have. It’s notable that it was one of only three college football films in the initial 30 for 30 series, and the others (The Best That Never Was and Pony Excess) didn’t air until the next November and December, so it was definitely the choice to make for the post-Heisman slot in 2009.

The degree to which ESPN was “just hoping to get to 30” before that isn’t really known from the outside, and neither is what they would have done if they hadn’t started to find ratings success. Given how much they’d banked on 30 for 30 as an ESPN anniversary project, and how many they already appeared to have lined up before The U aired in December 2009, it seems perhaps a bit unlikely that they would have pulled the plug after seven films even without great ratings. But it’s possible they might have decided not to air any more if the ratings were bad enough, and it’s also conceivable that they could have cut back on the budget for the remaining films and decided not to order any more after that. In any case, those are all worlds that didn’t happen; The U aired and was a big success, other 30 for 30s started to catch on, the series became a big deal, and Corben certainly played a role in that.

In any case, Corben’s whole interview there is an interesting read. It touches on his unlikely start (after a career as a child actor, he and Rakontur co-founders and childhood friends Alfred Spellman and David Cypkin first came to prominence with the documentary Raw Deal: A Question Of Consent, which he shot while a Miami student and which went on to make big waves at Sundance in 2001; they then went on to do Cocaine Cowboys before The U, which led to The U Part 2, Broke and more), his documentary techniques (both technical and storytelling), and how they’ve made this work on the business side. It’s a neat look at what goes into some of these documentaries, and it also provides much to ponder on what could have been if 30 for 30 didn’t take off.