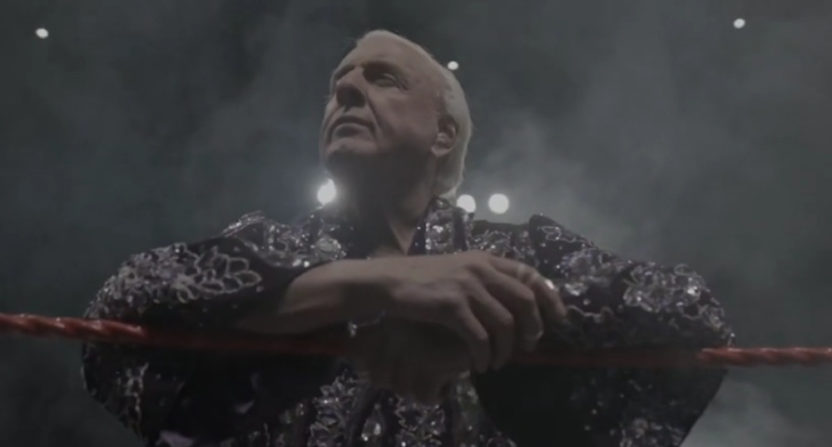 The first professional wrestling 30 for 30 is getting closer. That’s the long-anticipated documentary on Ric Flair, which was first mentioned in November 2015 by the production company involved, had its director (Rory Karpf, who also did I Hate Christian Laettner and The Book Of Manning) and title (Nature Boy) confirmed by ESPN a year later, and had a trailer released in December 2016.

Update: We still don’t know when this will air. On Tuesday, Bill Hanstock at Uproxx (citing a paywalled PWInsider.com report) reported a Sept. 8 airdate, but a ESPN spokesperson tells us “That is definitely not the airdate” and “We do not yet have an airdate for the film.

The Uproxx piece does have more details on who participated:

The Flair 30 For 30 will feature interviews with everyone from Vince McMahon, The Undertaker, Sting, and Ricky Steamboat to Flair’s children and his first wife. And yes, they talked to Tully Blanchard and Arn Anderson. The final version of the doc is expected to run from 90 to 120 minutes (including commercial breaks).

It does sound like ESPN managed to get plenty of key figures to comment here, which is always good. And this is an interesting step for them, as they haven’t done a pro wrestling documentary before. It’s notable that Bill Simmons, one of the 30 for 30 creators and a former executive producer on the series, is doing an Andre the Giant documentary at his new home of HBO, and that in his official statement announcing that this February, Simmons said “Going back to 2007 and 2008 when I was creating and developing 30 for 30 for ESPN, André’s story rode the top of every single sports documentary wish list I ever made,” so it’s conceivable he pushed for wrestling ones but was unable to get them selected. No release date for the HBO project has been announced yet either.

This also continues ESPN’s foray into wrestling coverage. As AA’s Ben Koo discussed in December 2015 (around the time when ESPN was first starting to cover WWE more), it makes a lot of sense for them given the overlap in general sports and WWE fans, and they may have realized that from social media monitoring company Spreadfast:

We’re told that in a demo of the [Spreadfast] service the week of the Ultimate Warrior’s passing, ESPN was blown away just how much their followers were engaging about that compared to traditional sports stories. Since this realization of the WWE’s popularity among their followers, ESPN has tinkered with more WWE coverage and continued tracking social chatter and has essentially found that having some component of wrestling coverage was something viewers wanted and they weren’t delivering. Putting two and two together, perhaps the increase in WWE coverage has been an effort on their behalf to deliver programming to match the interest from their built-in viewership.