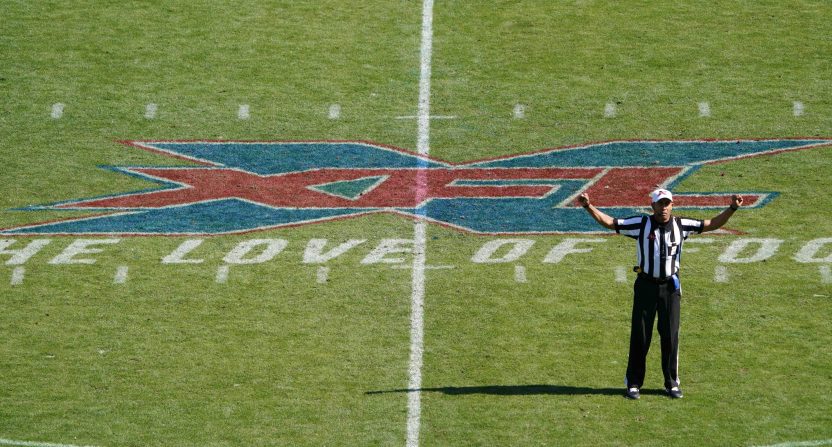 Hey, remember the XFL? The football league that shut down with the rest of the sports world in March, and suspended operations and laid off nearly its entire staff in April? The league is now in bankruptcy court, and of relevance to this site and our readership is the status of the XFL’s TV deals with ESPN and Fox.

Notably, per The Athletic, the XFL wants to attach its TV deals to the company in a potential sale to a new owner (while dumping nearly all other assets). That isn’t suiting either ESPN or Fox very well, despite each network’s initial commitment to the XFL earlier this year.

ESPN wants out of its deal with the XFL, essentially claiming that a new ownership group for the XFL would eliminate one of the primary reasons ESPN got involved with the league in the first place (noted as “the specific character and quality of certain professionals involved in creating and organizing the new XFL league”).

“ESPN entered into the Telecast Agreement … based on the specific character and quality of certain professionals involved in creating and organizing the new XFL league, and promoting and producing XFL events,” ESPN wrote last month in a bankruptcy court motion objecting to the proposed transfer of its contract in next week’s auction. “Their services, skills and talents are not fungible. Moreover, the Telecast Agreement and (profit-sharing agreement) reflect a compensation structure to ESPN that constitutes a financial accommodation to Alpha Entertainment and the individuals connected with that organization, based on the parties’ relationship and ESPN’s assessment of the risk involved in the compensation structure, specifically related to the relevant skills and experience of the individuals associated with Alpha Entertainment, as well as the personal commitment and investment of Mr. McMahon (XFL founder Vince McMahon) in the organization, all of which informed ESPN’s resulting willingness to support Alpha Entertainment’s efforts to launch the XFL.

“Without knowing the identity and business plan of the proposed Successful Bidder, ESPN objects and does not consent to the potential assumption and assignment of the Telecast Agreement,” ESPN added.

In the filing, ESPN also noted that Vince McMahon’s non-involvement in XFL 3.0 would be a major factor in its decision to get out of the TV contract.

“The image and ultimate success of the XFL are heavily linked to the efforts, resources, and reputation of Vincent McMahon,” ESPN wrote. “If Vincent McMahon and his team of professionals are not running the XFL enterprise, then a key consideration for the Telecast  Agreement … has disappeared, and ESPN cannot be compelled to join in a partnership with an assignee absent ESPN’s express consent. “

“The content that ESPN chooses to broadcast is not fungible; its character and quality is directly related to the team of professionals that is producing that content. This is especially so when dealing with content being created by an entirely new enterprise (as opposed to content that is part of a well-established program and production enterprise)…. If Vincent McMahon is not part of the enterprise, then a key consideration for the contracts has disappeared.”

As for Fox, they’re reportedly negotiating with the XFL about modifying their contract.

“The debtor and Fox are in cooperative discussions regarding Fox’s continued possible role as a broadcast and distribution partner for the XFL, the sale process, and the potential modification of the agreement in a manner that would enable its assumption and assignment to a successful bidder,” Fox wrote in court papers last week. Fox wrote Alpha agreed not to sell the contract until the two parties had reached a new deal.

The XFL’s viewership on ESPN and Fox initially started strong, but declined week after week and bottomed out in Week 5, its final week of play. The production levels on both networks received high praise, and fans loved the mid-game access to players. It could be argued that the commitment to high quality telecasts from ESPN and Fox helped the XFL succeed more in 2020 than the league would have if its games were on different networks that committed fewer resources and attention to the product. And really, if the XFL’s assets are sold to an entity with far less experience in the media world than McMahon, is it really worth it for ESPN and Fox to put as much work into the XFL as they did this spring? It would feel to me that the networks are propping the league up, which seems like an overall losing strategy – especially if college football shifts to the spring.