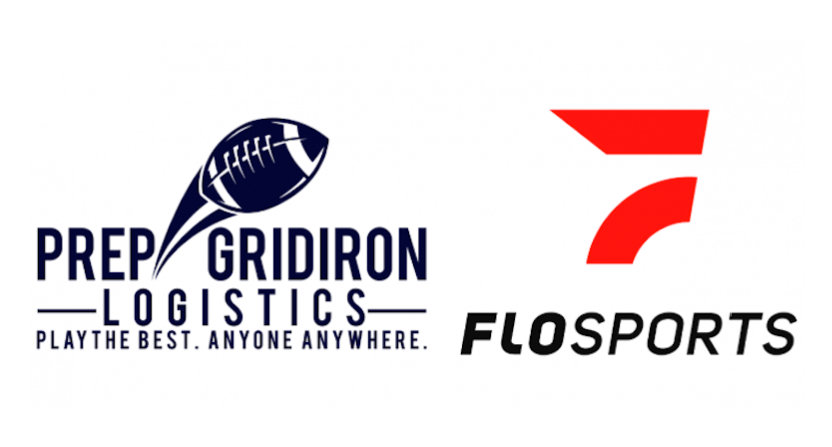 At this time, there are more questions than answers surrounding Bishop Sycamore, the football team/maybe school that plays multiple games on weekends involving at least some non-high school players whose schooling cannot be verified, has had a long history of transportation and housing issues, and had a coach (and has  school administrators) with a myriad of legal issues. And this has now led to Bishop Sycamore’s upcoming games being removed from FloSports. But there’s some important background to cover first on how Bishop Sycamore games got there in the first place.

While most gravitated to this story because Bishop Sycamore ended up on ESPN, the network has been quick to point out that the games are booked by Paragon Marketing, a company that handles a large portfolio of high school events for ESPN. Paragon Marketing and their CEO Rashid Ghazi have increasingly owned the game’s booking of late, seemingly in an effort in an effort to shield ESPN from blame to help preserve that business relationship.

But despite Paragon owning a lot of the blame here, ultimately they say they are not responsible for booking the game. They say they merely decided to broadcast the game after it was scheduled. And they say that Prep Gridiron Logistics recommended Bishop Sycamore for that game. From our feature yesterday:

PGL seems to be the only entity actively defending Bishop Sycamore and the game’s booking. Although Paragon says PGL just recommended the game, a now-deleted tweet from PGL suggested they were more active in that booking. That tweet also claimed Bishop Sycamore had multiple teams, and suggested it would be different players playing Sunday than played Friday, a claim that has been proven as false and admitted by the program. Here’s the tweet: 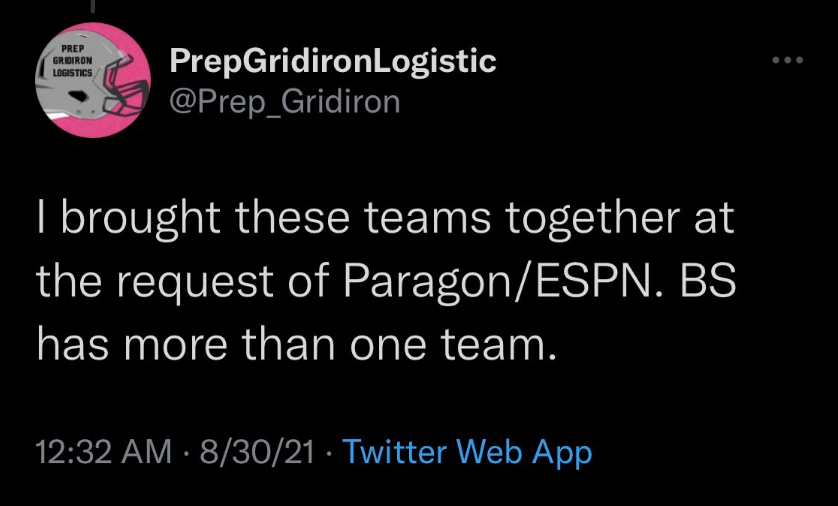 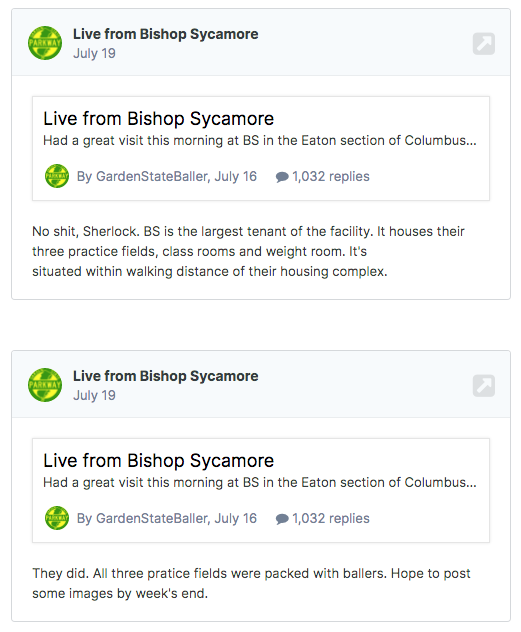 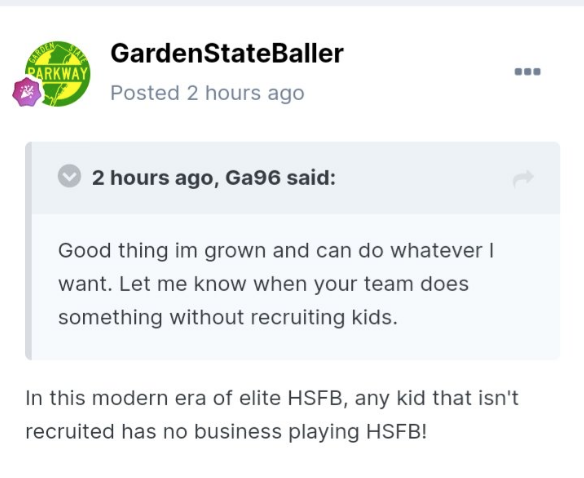 Considering how this has played out, and considering how PGL has continued to defend Bishop Sycamore (including on the player safety issues from playing multiple games in two days, which they haven’t provided a defense too), you would think there may be some pause for schools and broadcast partners of PGL. And that’s now happening to some degree, but only specifically with Bishop Sycamore so far. Earlier this year, PGL and Flo Sports announced a four-year partnership to stream 25-30 games per year.

“Prep Gridiron Logistics (“PGL”), the No. 1 high school football promoter in America, is partnering with FloSports, a leading sports streaming and original content network, to bring elite high school football games to audiences around the world. The four-year deal will feature a minimum of 100 games and hundreds of hours of live programming each Fall through 2024 on FloSports’ award-winning digital platform.”

The release would go on to say:

““PGL is extremely excited and honored to be making high school football history with our new corporate partner, FloSports,” said Joe Maimone, Managing Member of Prep Gridiron Logistics. “Over the next four years PGL will be infusing a minimum of $500,000 into the game of high school football.”

Another article would list part of that 2021 list of games, with Bishop Sycamore appearing two times (although the schedule was subject to change). It’s unclear if Bishop Sycamore will in fact play any more games this year. Update: On that front, Ohio governor Mike DeWine has now weighed in, and said the state’s Department of Education will investigate the school:

Governor DeWine releasing a statement on Bishop Sycamore, the story that has captivated the education and sports community. "While this weekend’s football game brought concerns about the health and safety of players, it also raised red flags about the school’s operations." @nbc4i pic.twitter.com/O0oyZEV9Fj

Regardless of what’s ahead for Bishop Sycamore overall, what is clear is that they will not appear on FloSports as intended. FloSports told us the following:

“In light of recent developments regarding Bishop Sycamore, we have decided to pull their upcoming games from our programming schedule until questions concerning the integrity of the program are resolved. We have addressed our concern with Prep Gridiron Logistics, which licensed the games to us, and they have agreed to take necessary measures to avoid incidents like this in the future.”

What’s interesting in that quote is the line that PGL “licensed the games to us.” That appears to indicate that PGL has some type of broadcast rights to these games, which have been obtained from the schools.

Obviously, FloSports’ four-year partnership with PGL is off to a rocky start, given that we’re just a few weeks into season one of four. We’ve reached out some schools about their relationship with PGL, but have yet to hear much back. From their website, PGL names the following schools as clients:

Everyone who is partnered with PGL that we have talked to about PGL’s role in scheduling and their financial model has been extremely guarded and cagey on the topic. Online, PGL and Maimone seem to have an extensive reputation in high school football circles, with a lot of that being from years of message board posting.  PGL frames themselves as a database to help schools find games, but that seems to minimize the actual role of the company, given the FloSports comment that PGL “licensed the games” to them and has a multi-year partnership with them.

It’s quite possible that the reason we are not hearing much back from schools in terms of explanations, cancellations, and so on is simply because they are locked into broadcast contracts. One person we spoke with (interview coming later today) told us that the reason ADs are not cancelling games is because of the signed contracts schools have.

So as cringeworthy as a dubious school with older players, no practice facilities or coaching staff and limited uniforms, playing multiple games in a weekend is, that’s only apparently cringeworthy enough to get that school’s future games taken off broadcasting deals. It’s apparently not as scary as cancelling those games altogether (at least at this point), or looking at the contracts that led to the scheduling of this Bishop Sycamore-IMG game in the first place. Good to know!