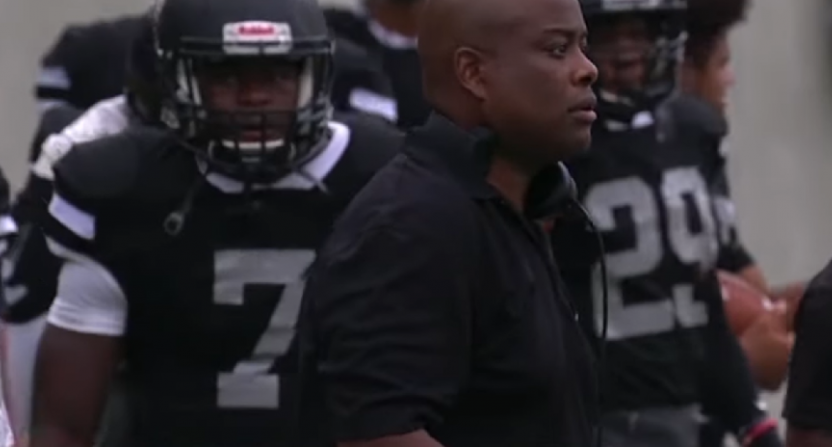 Yesterday we reported on how Bishop Sycamore somehow managed to end up playing on ESPN against IMG Academy.

It was a wild story and absurd on many levels, though also somewhat concerning from a safety perspective, as many players played a game just two days prior before playing both ways against IMG on Sunday. Last night we also learned what it was like to be the parent of a player in that program, if you can call it a program, though it’s also not really a school, so the wording gets tricky.

(We’ll have more reporting on this front coming soon as well. This is not the story from this tweet.)

Later today we will have another article on Bishop Sycamore about the red flags that were communicated and unfortunately ignored. https://t.co/ARJ2Z4c0zr

This morning, though, thanks to Zion Olojede interviewing a former player for Complex Sports, we learned a lot more about what life was and presumably still is like for Bishop Sycamore players.

The player, Aaron Boyd, was there when the team went under a different name, but it’s the same thing. The whole piece is worth reading as it paints a bleak and exploitative picture, but some choice excerpts, including telling recruits they’d be on Netflix a la Last Chance U:

How’d you find out about them?
Before they were Bishop Sycamore, they were COF Academy. They had these coaches come from COF. I was at an Adidas All-American camp and they came and recruited me.

But why did you go there? What appealed to you about that school?
At first they had like brochures and a plan. N*gga, they sent me books with like shit on how the school was supposed to look. Blueprints and everything. They told us we was gonna be on Netflix, they recruited us telling us we were gonna be on a show. They told us we’re gonna be the IMG of the midwest. They lied to me and my mama.

Boyd says they did indeed have kids older than high school age:

How accurate was the report that they’re bringing JUCO kids back to high school? That’s accurate?
Bruh, I don’t know about JUCO kids, but I tell you I was 15 and everybody else was 19 and 20. I got videos on my phone right now. Whatever you want to see, I got videos of. People sleeping on the floor. N*gga, we didn’t have practice, we just went to games. You see how it said they played two games in three days, we really did that. We ain’t practice, we just went to games.

They also had to steal food from grocery stores, according to Boyd:

What’s the craziest thing that happened while you were there?
There’s shit I could say, but I don’t really want to. N*gga, for the last month and a half, we had about 35 players. We moved into these new houses. For that month and a half, we was all sleeping on the floor. We had to go rob Meijers, Krogers, Walmart because that’s the only way we can eat.

That’s crazy
It’s crazy but I can think of shit that’s crazier than that. Sleeping on the floor and doing all that shit, that don’t get to me. N*ggas almost got stabbed in there. We had players from every borough of New York. Then we had players from inner city Columbus. That’s where I’m from. Everything didn’t mix especially with no supervision.

Again, the entire thing is a wild ride, and Boyd’s account is incredibly valuable. Not only did he add even more to the story, but he confirmed a lot of what’s been reported here and elsewhere.