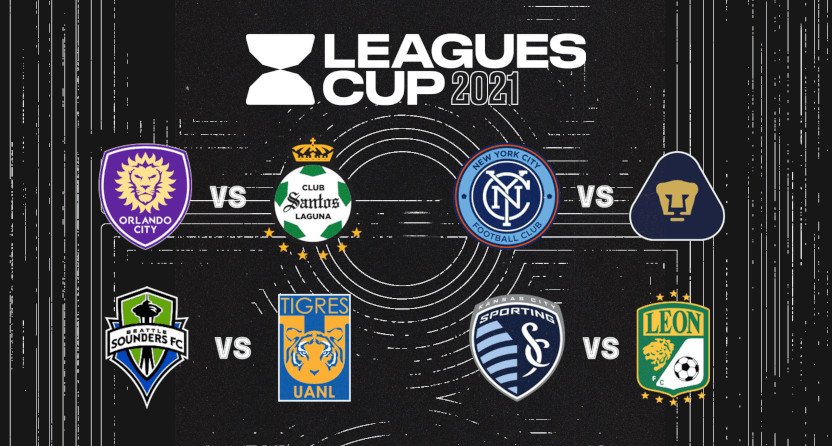 Tuesday’s announced expansion of the Leagues Cup to include all MLS and Liga MX teams provides an interesting new set of TV rights. The tournament began in 2019 with eight teams, then was supposed to go to 16 teams in 2020, but was cancelled that year due to the COVID-19 pandemic. It’s an eight-team tournament this year (as seen above). But Tuesday saw the announcement that it’s going to all teams from both leagues in 2023 (a total of 47: 29 from MLS, 18 from Liga MX). And, while the current U.S. broadcasting rights are with ESPN and Univision/TUDN through 2022, Jeff Carlisle of ESPN notes that the Leagues Cup’ U.S. rights will be up in 2023, the same time as the MLS rights are up, and they could be bundled with the MLS rights or sold separately:

“We have been thinking about how to capture the interest and passion around the USA-Mexico soccer rivalry for many, many years,” MLS commissioner Don Garber told ESPN in an exclusive interview. “Now, we were authenticating it, and turning it into an official CONCACAF competition. Because ultimately, our confederation recognizes that increasing the interest and value of club competition between our two leagues is only going to help the sport grow in this region. And that’s an important priority for all soccer stakeholders in North America as we lead up to the World Cup in 2026.”

Mikel Arriola, Executive President of Liga MX told ESPN, “What we wanted, jointly, was to increase the breadth of our teams in the U.S. considering that we have 60 million fans here. So for us, it was very important to expand the presence of every team, not just the big teams, or the mid-sized teams. We wanted to grow in terms of presence, and also we want to grow jointly with MLS considering that they have a very solid governance model, they have a very solid commercial model. And we know that we can jointly generate more development for football in the region.”

…The partnership between the two leagues will extend off the field as well, as MLS and Liga MX will form a joint venture to sell international media rights to the tournament. The Leagues Cup will also be among the properties included by MLS and its marketing arm, Soccer United Marketing, for its new media rights deal that is set to begin in 2023, though it remains to be seen if the tournament will be bundled together with regular season matches.

Obviously, there’s a lot yet to come here in terms of the details. Pretty much all that’s been announced so far is that this tournament will be played during a one-month pause in the MLS and Liga MX seasons, that every team from both leagues will participate, that there will be a group stage and a knockout stage, and that the winner will advance to the Round of 16 stage of the CONCACAF Champions League (and the second- and third-place teams  will qualify for that competition’s opening round). But this is going to be a major expansion of soccer inventory involving MLS and Liga MX teams, and that’s a big deal in both English (where this could be an additional boon to a broadcaster that wins some regular MLS rights, or a consolation prize to one that wants those rights and doesn’t get them) and Spanish (where Liga MX games have regularly provided some of the best U.S. soccer ratings regardless of language).

On the English side in particular, this also perhaps raises the incentive further for a company with a strong streaming component to chase MLS rights (whether for the regular season, for this expanded tournament, or both). Not all of these matches are going to draw well by conventional TV standards. But there could certainly be a national TV attraction here for at least some of these matches, especially in the knockout stage (and especially if the MLS clubs take it seriously and field top-tier sides; they haven’t always done that in international competitions, but the month-long pause here may help).

And the other matches involved here could be desirable content to throw on a paid streaming service. Both ESPN and CBS have jumped into the soccer on streaming world heavily recently, and they’ve found some success there with matches that don’t necessarily have a broad audience, but do have a devoted audience. These new fixtures might meet that standard. At the very least, they add one further dimension to the talks about MLS rights in 2023 and beyond.