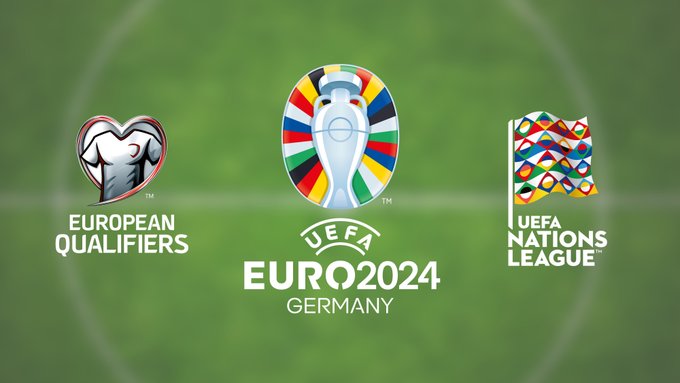 Back on October 18, John Ourand of Sports Business Journal reported that Fox Sports was “close” to taking UEFA European Championship rights (and associated other rights, including Euro qualifiers and the UEFA Nations League) rights from ESPN through 2028. That deal, which covers more than 1,500 matches, is now official. Fox announced it Wednesday:

Here’s more from their release, including a notable line about their betting apps.

FOX Sports solidifies its position as America’s home of global national team soccer as the network today announces a milestone agreement with the Union of European Football Associations (UEFA). The massive rights deal – featuring more than 1500 soccer matches – makes FOX Sports the country’s exclusive home to world-renowned competitions, beginning with the UEFA Nations League™ in June 2022. FOX Sports coverage of these competitions can be made available on the FOX Bet and FOX Bet Super 6 services, complementing the user experience of these platforms.

The idea of combining live sports broadcasts with same-screen opportunities to place bets is something a lot of people have been chasing for a while, with Sinclair regularly emphasizing that in discussions of their planned their direct-to-consumer product (which hasn’t launched yet, and is still facing notable rights hurdles) and with fuboTV talking about that and then actually launching their Fubo Sportsbook gambling and information service on their TV service Wednesday (albeit only in Iowa so far). And it’s interesting to see Fox approaching that from the other end; rather than emphasizing what gambling content they can put on TV, they’re talking about putting TV content on their existing betting apps.

And in some ways, this is one strategy that can potentially address two things unique to Fox at the same time. First, alone, amongst the Big 4 broadcast networks, Fox does not really have their own standalone streaming service as a place to put live sports overflow and shoulder programming. That’s unlike ABC (ESPN+),  CBS (Paramount+), and NBC (Peacock).

Fox does own free ad-supported streaming service Tubi, and they’ve obtained some rights to put some NFL content there, and that platform is upping its sports presence in other ways. But they have less existing presence in that space than the other broadcast networks do, and that’s been discussed as a handicap for them in some rights negotiations; in fact, even around this deal, there was talk of them possibly partnering with fuboTV as a streamer for some matches here. (That may or may not still happen under a sublicensing agreement, but it wasn’t spelled out in this release.) Fox doesn’t have an obvious place to throw games they obtain that they don’t want to or are unable to show on linear television. But if they can start using their betting apps as digital overflow channels, that not only gains them value from getting people onto those apps, it also helps address their issue of what to do with content they acquire that doesn’t work for their linear channels.

The betting apps also should be pointed out as something unique to Fox. Other networks have various advertising and endorsement deals with gambling companies, and some are looking for more, but Fox actually has their own gambling company from their partnership with and investment in The Stars Group, which created the Fox betting apps. (The closest things to that are with Penn National’s ownership stakes in Barstool and TheScore, and with fuboTV’s sportsbook, but Fox has a more prominent presence in the TV space than any of those partnerships.)

And while Fox is behind the other broadcast networks in the associated streaming service front, they’re ahead on the associated gambling app front. (That’s not necessarily saying everyone else will ever do that; ABC/ESPN parent Disney in particular has been pretty clear they’re not looking at that right now.) That’s not a direct advantage in terms of selling rightsholders on Fox (in fact, it can even at times be a disadvantage given some of the pushback towards the spread of gambling information on sports broadcasts), but it’s an advantage in terms of making rights deals work for the overall 21st Century Fox corporation.  Disney has used ESPN+ to put portions of rights in the “streaming” bucket rather than TV, and Fox can do the same with the “betting app” bucket. That allows them to potentially pay more for rights than what they could justify under a TV-alone deal, and that can help them win bigger rights.

Those are the positives for Fox, but there are some potential negatives to this deal for fans, especially for fans of countries whose teams are less likely to wind up in the linear TV slots. While putting matches on Fox’s betting apps may sound great to Fox, it’s not yet clear if all the matches not on TV will be available there, and that app seems to be less prominent than many of the other existing streaming services at the moment. (And even those get repeated pushback when events are put there, especially from people without connected TVs or smart TVs.)  And while the gambling integration may be great for those interested in that, it has the potential to be annoying for those who don’t gamble if the betting app is the main way to watch non-televised matches. (It may not be; they still have the TV-authenticated Fox Sports app too. But this release does seem to be playing up the betting apps quite a bit.

Fox also does have a fair bit of daytime studio programming on FS1 and FS2, and it’s unclear what will happen there when matches conflict. And it’s notable that previous bumping of their studio personalities over UEFA Champions League matches drew criticism from those personalities. So it will be interesting to see how the details of this deal shake out, especially when it comes to streaming and to the betting app. Fox’s release says they’ll announce additional details and broadcasters at a later date, and we’ll certainly be keeping an eye out for those announcements.