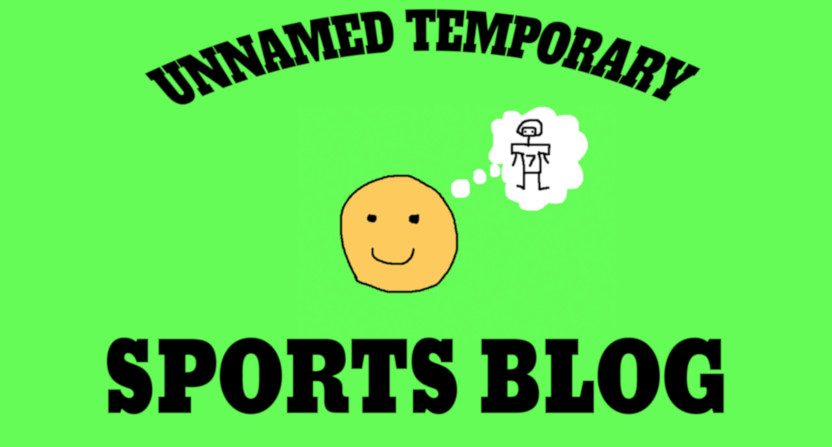 Deadspin passed away in October 2019 when the entire staff resigned in the wake of parent corporation G/O Media’s firing of editor Barry Petchesky, with one attempted revival with new writers in November going very poorly and the current attempted revival also not going great. But the ex-Deadspin staff have been doing some notable things, including a group reunion for Super Bowl week (sponsored by password security company Dashlane) at Unnamed Temporary Sports Blog. Well, as former Deadspin features editor Tom Ley wrote there Sunday, Unnamed Temporary Sports Blog is (briefly) back:

Oh my goodness, would you look at that. The Unnamed Temporary Sports Blog has once again been switched on. You’ve got questions, we’ve got answers.

What is the Unnamed Temporary Sports Blog?

It is still a blog. Temporarily! Over the course of the next week, April 20 through April 24, we will once again be publishing blogs for your reading pleasure. At the conclusion of this period we will vanish once more.

Who will be posting blogs on this site?

The same crew of morons who posted blogs last time.

What kind of blogs will you be posting?

You guys are aware that there aren’t really any sports being played right now, right?

Not your problem, bud!

Are you guys doing this for free?

Hell no, man. We are still just as frickin’ unemployed as we were the last time we pulled this little stunt. This time we’re getting a big fat check from Sunsoil.

As Maxwell Tani writes at The Daily Beast, this involves “over a dozen” former Deadspin staffers, is sponsored by “CBD oil brand Sunsoil,” and will cover “latest in sports, culture and politics in the wake of coronavirus”:

“We love the Unnamed Temporary Sports Blog, don’t we, folks?” former Deadspin editor Tom Ley said in a Twitter direct message to The Daily Beast. “They don’t want me to say it, but it’s coming back this week, and it’s coming back very strongly. The blogs—they’ll be like you’ve never seen. So beautiful, and so perfect.”

…“We need great voices to help us make sense of the world, especially now,” Bharat Ayyar, Sunsoil’s vice president of e-commerce said in a statement provided to The Daily Beast. “We’re honored to join a lineage of past, present, and future herbs in sponsoring these writers,” a reference to how, amid last year’s turmoil at Deadspin, G/O Media CEO Jim Spanfeller removed a post calling him an “herb.”

We’ll see how this Unnamed Temporary Sports Blog revival goes, but it’s probably going to draw a more positive response than the “new Deadspin” site has so far.