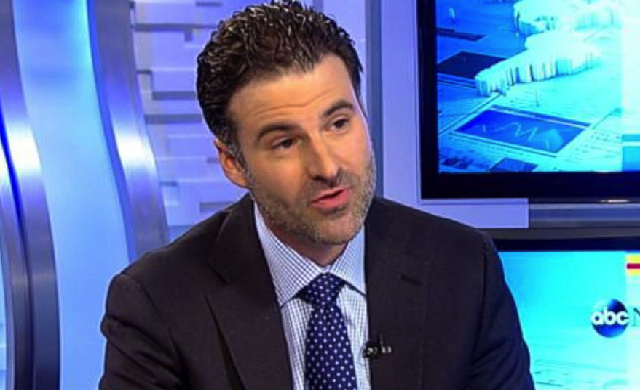 The Action Network’s Darren Rovell has done a whole lot of questionable things, but one of the most notable in a while came Friday when he claimed something that could be refuted by a couple of seconds of internet searches. There was plenty of talk Friday about Antonio Brown (traded by the Pittsburgh Steelers and cut by the Oakland Raiders and New England Patriots this year, plus facing sexual assault allegations) working out for the New Orleans Saints alongside five other receivers, especially with Brown posting (and then deleting) a Saints’ workout waiver form on his Instagram page. That led to Rovell commenting on what he found to be notable mental health language in that waiver:

Antonio Brown has since deleted the waiver he posted.

Don't ever recall mental health in a waiver before and it certainly wasn't in Kaepernick's. https://t.co/8pCe5uHWb5

If Rovell had left this at “don’t ever recall,” it might have been fine. Mental health language probably is not notable in the vast majority of NFL waiver forms; it is in this case because of the questions people have raised about Brown’s behavior (especially on Twitter). And it’s possible that Rovell just never noticed it before. But the “it certainly wasn’t in Kaepernick’s” is an attempt at a factual claim rather than a subjective claim. And it’s a refutable one; the full text of the controversial Colin Kaepernick waiver is available (thanks to Mike Florio of Pro Football Talk), and it definitely contains mental health language:

Yes, the wording there is slightly different. But that’s definitely language along the same lines as what’s in the Saints’ waiver form, and it definitely includes discussion of “known mental disabilities.” Thus, it seems ridiculous for Rovell to state that mental health language “certainly wasn’t in Kaepernick’s” waiver; there clearly was mental health language there, even if it wasn’t the exact same language. That would be more understandable if this was something where Rovell had to rely on his memory, but that Kaepernick waiver was prominently posted in its entirety online, and can be found with about 15 seconds of internet searching. And this gets even stranger when you consider that NFL reporters like Nick Underhill (who covers the New England Patriots for The Athletic) pointed out that the waiver Brown posted looked like the standard free agency waiver:

This is also at least the second time that Rovell has been dunked on over his comments on a waiver. Back in November, he tried to compare the Kaepernick workout waiver to the waiver Kaepernick signed at the NFL combine in 2011, ignoring the differences in parts he didn’t tweet and the differences in Kaepernick’s current status versus NFL combine prospects. Whether this year’s Kaepernick waiver was reasonable or not is a matter of debate (Florio lays that discussion out well here), but Rovell’s claim that it was a fine waiver because of its similarity to the 2011 combine one was silly at best. And now he’s under fire for making the opposite claim and suggesting that what appears to be a standard workout waiver is anything but. Perhaps Rovell shouldn’t comment on waivers and should stick to sandwiches.