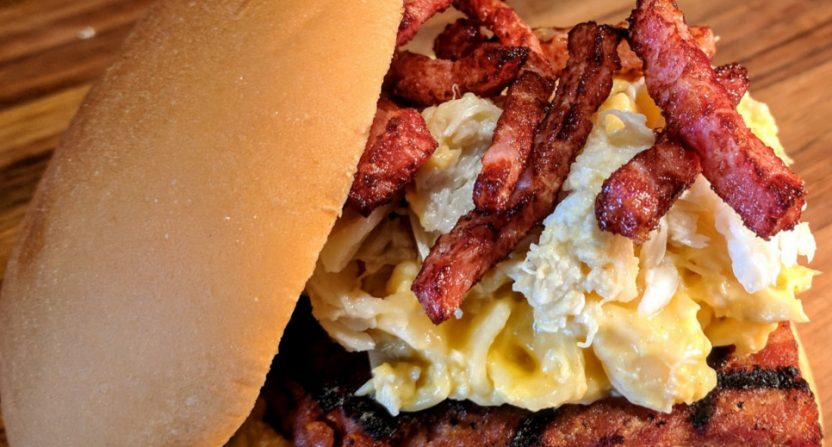 There’s been a lot of criticism of Darren Rovell (formerly of ESPN, now with the Action Network) over the years for taking others’ content with poor or no credit, creating Twitter rules he doesn’t actually follow, sending misleading tweets (and even misleading fake newspaper covers), dropping ridiculous takes, posting absurd videos, going on about his brand, and fighting with everyone (amongst other things).

That intensified Thursday with a detailed story from Robert Silverman in The Daily Beast about criticism Rovell has faced for his Action Network picks, particularly about one pick Rovell initially set at 136 units (which gave him an overall winning record) and then later modified to 1 after he took flak, claiming he didn’t understand the difference between units and dollars when he posted that pick.

But Thursday saw an even better Rovell story on Twitter from Brody Logan, about how the Washington Nationals once got made at him for spoiling Rovell’s “exclusive rights to a sandwich.”

Logan’s Twitter bio lists him as a former sports director at Denver NBC affiliate 9 News who previously worked at Washington, D.C.’s Fox 5. On Wednesday night, Barstool Sports’ gambling account tweeted a photo of a long-shot bet on the Blues that paid off. Rovell was annoyed, as he actually talked to the bettor in question, and he threatened the Barstool account with a cease-and-desist, claiming they were using his photo. As many noted in replies to Rovell, that was pretty funny coming from him given his long history of dubious credit (which has included at various points taking photos and just referencing the names with no links, taking photos and repackaging them with limited credit, and more).

Logan tweeted “Oh this is rich” about that Wednesday night, and on Thursday, and he used that as the jumping off point for a great Twitter story about how the Nationals once threatened his credentials because he unknowingly interfered with Rovell’s “exclusive rights to a sandwich”

So I thanked him, took the picture, and tweeted it out with a description of this new DMV food offering. Tweet took off, got on blogs, whatever.

Later that night I get a message from my boss "we have an issue with the Nationals you need to see me when you get in."

I had to write an apology to the Nationals explaining that I was unaware it was possible to have a hot dog exclusive, because if I didn't, I could have lost my credentials for the season. Because R*vell complained to the team I tweeted a picture sent to me by a third party.

The worst part is I had to have a meeting over this stupid thing, and that my boss had to take time out of his day to deal with it, and that the team couldn't just say "yeah yeah, no problem, we'll talk to him" then do nothing and let it slide. But no, it became a work ordeal.

For the record, here is the sandwich in question:

Logan’s original tweet of that doesn’t seem to be available, at least not from a Twitter search. He may have deleted it after the Nationals’ complaint. He tweeted about their other new postseason food offerings here.

Update: Actually, from Luke O’Neil’s piece on this, which included an interview with Logan, this may actually be about a 2014 hot dog? Except Rovell credited DC Sports Bog on that one:

In any case, and more importantly, though, can we point out that the idea of an “exclusive” for a food item in general is ridiculous? And more specifically, it’s particularly ridiculous in these two cases? The 2014 case has Rovell doing his standard “via” to The Washington Post‘s Dan Steinberg (rather, than, you know, just retweeting Steinberg), so it would be odd for him to claim that as an exclusive. And in the 2017 case, the Nationals posted information on that sandwich, complete with that identical photo, on their own team PR site on September 28, 2017, over a full week before Rovell’s tweet. Rovell’s tweet was on the first night it was actually sold, but still, that’s the worst possible “exclusive” imaginable. If it’s that sandwich, photos of it were out in the world long before Rovell got near it, making his claim to an “exclusive” even sillier.

Just the idea of a “hot dog exclusive” (or sandwich exclusive, or whatever you want to call it) is hilarious, and it’s hilarious that teams try to give Rovell those exclusives and then get mad at others for, uh, posting photos of food sold at a stadium. Really important stuff there. But that also seems to say a lot about Rovell; he demands credit and exclusives when it’s something that works in his favor, but then is extremely reluctant to actually spread that credit to anyone else in a meaningful way (say, with a retweet rather than a repackaged photo with next-to-no citation). And if anyone’s going to throw a fit over having a “hot dog exclusive” spoiled, it’s certainly Rovell.

But despite a large portion of the sports internet not being able to stand Rovell, he’s managed to turn his behavior into gigs at CNBC, ESPN, and now Action Network, where they seem to have mostly hired him for his social media following. It’s certainly not for his gambling knowledge or ability, though. In fact, Action Network content chief Chad Millman’s defenses of Rovell’s suspicious record-altering moves to Silverman seemed mostly to hinge on Rovell not knowing what he was doing with picks, and on the network not caring about his picks.

Reached for comment, Chad Millman, the Action Network’s chief of content, told me he’d spoken with Rovell and was “pretty comfortable with the explanation” he provided on Twitter. It was a reasonable mistake, corrected six months later in order to provide full transparency.

Because the flub occurred a mere two months after being hired, Rovell, who previously wrote that he “got the bug” to cover gambling starting in 2004, hadn’t been brought up to speed on the entirety of gambling terminology.

“He has a personal page,” Millman explained, which currently is only followed by 236 Action Network subscribers. “And, you know, he wanted to participate in what we do in the product. And when he first joined Action, he put in bets that conflated dollars and units.”

“That’s why we don’t make him a featured expert,” Millman continued. “He’s a guy we hired to cover news and information, to break stories, to tell stories. We do not ask him to say, ‘Who do you like in this game’ and then put that on our website.”

That is on their website, though, albeit as a “personal page” rather than a featured expert. And that made this saga over Rovell first claiming a winning record thanks to one giant bet, and then claiming he didn’t actually do that at all, quite notable. But it’s not just the gambling record that’s drawn criticism for Rovell; it’s the whole history of fights, credit, rules, takes and more.

The Action Network was clearly fine with that baggage when they brought in Rovell, and Millman’s defenses here sure seem to indicate they’re sticking with him. But the hot dog story here and the gambling story both are just further pieces of the picture of who Rovell is and what you’re getting with him. And while that may boost your #brand with some people who avidly follow Rovell, it’s also seen as a negative by plenty of others.