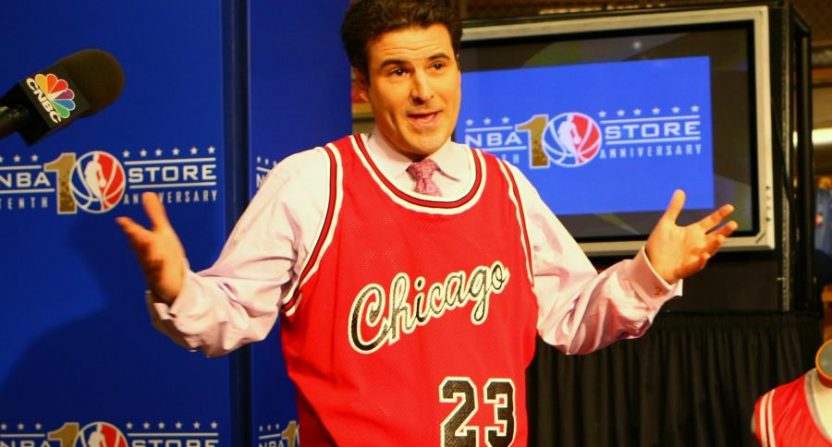 The Action Network made its biggest hire to date in ESPN business reporter Darren Rovell, whose hiring broke on Monday. Rovell has since confirmed the move in an interview with the Washington Post, and he had some interesting things to say about his new role with the network.

First off, there’s his title with Action, which will be “senior executive producer.” That sounds like more of a video-focused role than a writing-focused role, but apparently that isn’t the case. Rovell claimed he’s still going to be reporting and will be critical about the gambling industry when

“People say he’s not that critical because he gets the scoops — he’s nice and this and that,” Rovell said. “But look at the breadth of my work and you would know I do slam Under Armour when they have a bad [Stephen] Curry shoe. It’s in my best interest to tell the great stories in gambling, but also be critical when something goes wrong.”

He added: “I’m a journalist. I would never have gone to work for a sports gambling operator.”

That’s all well and good, but there were a couple of other quotes that seem like Rovell is going to Action to serve as a promoter.

First, there’s this, where Rovell talked about Action “buying a brand” (yes, he called himself a brand, which is peak Rovell) that will promote the shit out of Action Network.

“They’re buying me as a brand,” Rovell said. “They’re buying a brand with two million Twitter followers. And I’ll be tweeting links to promote everything — the website, the app and my stories.”

Patrick Keane, the CEO of Action, called Rovell a “tireless promoter” that would take sports betting into the mainstream.

“Darren’s largely responsible for taking the business of sports into the mainstream and we want him to do the same for sports betting. He’s a tireless promoter of all things.”

Rovell’s interview with the Post started with him promoting the bejeezus out of Action as a “specialist” rather than a “generalist,” which is one of the reasons he was reportedly drawn to the company.

“ESPN does a great job covering gambling, but winners in spaces today are the ones in the niches, not generalists,” Rovell said in an interview. “People aspire to go to organizations that are specialists. You feel good watching CNBC because all they do is business. All Action does is gambling.”

You see it in this whole interview – Rovell’s promoting the hell Action and being positive about Action’s main focus (sports betting). That’s not surprising, because every new hire for a company is going to do that. Who in the hell is going to join a new employer and say “yeah, I left because I was offered a shit ton of money, everything will be fine, I guess?” But what Rovell does on social media just isn’t unique anymore. Every writer promotes their own stuff and drives traffic to their employer!

Hiring a guy and talking about his promotion ability and social media following (and “brand,” in Rovell’s case) just seems weird. I understand why Rovell and Action seem like a good fit together, but hyping up his promotional abilities does not seem like the best way to rationalize his hiring.