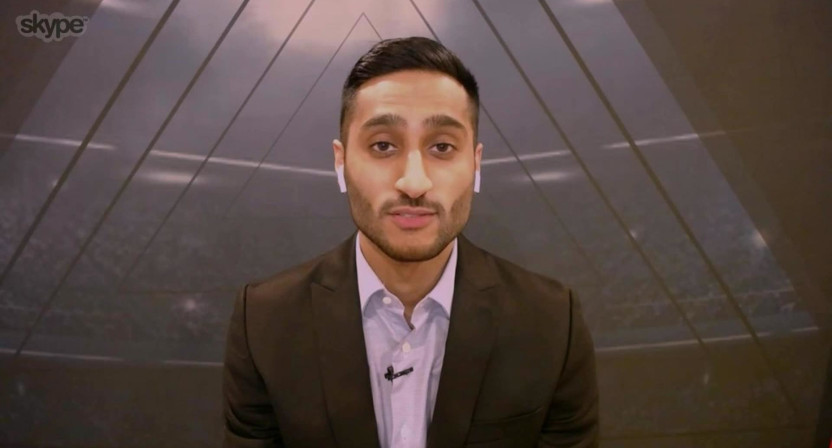 The current time-shift of the NBA season has led to plenty of changes in when players move between teams, and it could now lead to a change in a reporter moving as well. That would be Shams Charania, who went from Yahoo to The Athletic and Stadium in August 2018. As per John Ourand’s SBJ Media newsletter at Sports Business Journal, Charania’s deals with both those companies expire later this month (two years after he signed them), and that could lead to him moving on from one or both of those roles. Here’s more on that from Ourand:

Shams Charania’s deals with The Athletic and Stadium are up at the end of the month, and he has started exploring whether to move to other outlets when his contracts end.

What makes this situation so unique is that it is possible that the 26-year old Charania could switch outlets in the middle of the playoffs; the NBA Finals are slated to start Sept. 30. Typically August is a slow month on the NBA calendar. Not this year. The Chicago-based Charania could decide to re-up with The Athletic or Stadium, both of which have made moves to keep him.

It certainly would be interesting to see a top NBA reporter like Charania moving outlets mid-playoffs. And while the initial timing here likely isn’t the biggest factor in where he’ll land (it seems likely that he’d take a deal for a full year if not longer, so it’s probably not just about this postseason), the postseason timing might lead to additional incentive for a broadcaster with national rights to postseason games (ESPN or Turner Sports) to take a run at adding Charania.

ESPN was reportedly in the hunt for Charania back in the summer of 2018, and while they already have quite a prominent NBA insider in Adrian Wojnarowski, Woj and Shams worked together well in the past at Yahoo’s The Vertical. And ESPN has maybe more incentive than anyone else to add Charania, as they prioritize having their own reporters breaking the news of the day, whether that’s for the on-screen Bottom Line ticker, for ESPN.com or ESPN social media outlets, or for appearances on the likes of SportsCenter and other studio programming. ESPN has gotten better at crediting other outlets when necessary (a nice change from past crediting controversies), but they love originating the news, and Charania could be a good fit for them there, helping them further dominate the NBA news scene.

It should be noted that there have been reports of Wojnarowski not wanting other national NBA newsbreakers at ESPN, though. That has been discussed around moves like Marc Stein being caught in the April 2017 layoffs (he later joined The New York Times) and Chris Haynes leaving ESPN for Yahoo in 2018. So adding Charania might not be the simplest for ESPN. And Charania might not want to join a place where he isn’t billed as the top NBA insider. So the idea of him at ESPN definitely has some caveats.

Turner Sports also has its ups and downs as a landing spot. They clearly have some interest in reporters for their games, bringing in Haynes as a sideline reporter for Tuesday night broadcasts earlier this year. And they have a big social and digital presence with Bleacher Report and House of Highlights. But they don’t have TV sports news programs, and their channels (including TNT, where their NBA rights live) aren’t all sports all the time. And they don’t really have a constant Bottom Line equivalent where they need to show off the news of the day and who broke it.

But there still could be some merit to Turner bringing in a known name like Charania, and if they’re able to get him to write and/or do digital video shows for Bleacher Report or House of Highlights (a recent focus with some B/R writers and video talents), they could be in the mix too. Or it’s possible that we could see him strike a deal like Haynes where he does TV for Turner and writes elsewhere. It’s not clear that they have particular interest in him, but if they were interested, there certainly could be TV opportunities for him there, whether that’s on Inside The NBA, NBA on TNT Tuesday Night, other studio shows or NBA TV (which they operate) shows.

Charania signing an extension with one or both of Stadium and The Athletic is certainly possible as well, with Ourand’s piece noting that both have made moves to try and keep him. Stadium has done a lot of NBA coverage, and they’ve given Charania opportunities to play key roles in longer-form projects like their Derrick Rose documentary. And they could be growing further if owner Sinclair taps them for a larger role with their regional sports networks (Sinclair officially bought the Fox Sports regional networks, minus YES, last May, but still hasn’t rebranded them). No one has confirmed a Stadium expansion with the RSNs yet, but Stadium has provided some content for Sinclair’s new Marquee Sports Network, and it wouldn’t be surprising to see them doing more with the other RSNs down the road; Stadium CEO Jason Coyle sounded open to expanding that service’s involvement with other Sinclair RSNs in an interview with AA earlier this year.

And if a Stadium-RSN expansion happens, keeping Charania at Stadium might make a lot of sense. The non-YES networks currently have local broadcast rights to 16 NBA teams, and the idea of a regional networks-wide reporter has been tried before, with NBC’s RSNs bringing on Tom Haberstroh in that role in October 2018. And Stadium has already been able to use Charania in a lot of other content, including daily news shows and that Rose documentary. So it makes sense that they’re trying to keep him.

For many people in the sports media, this would not be a good year to be hitting free agency. Sports media outlets of all sorts have taken massive financial hits lately, and there are more coming. And that’s led to quite a lot of layoffs and belt-tightenings. But Charania is prominent enough that there are quite likely to be plenty of people interested in him, whether that’s the four outlets listed above or others. And while he may not be offered as much as he might have been in a more normal year, it’s not looking like a terrible market for him, especially with this quirk of timing meaning that his contract is expiring right in the middle of crucial NBA action rather than a dead month in the summer. We’ll see where he winds up.