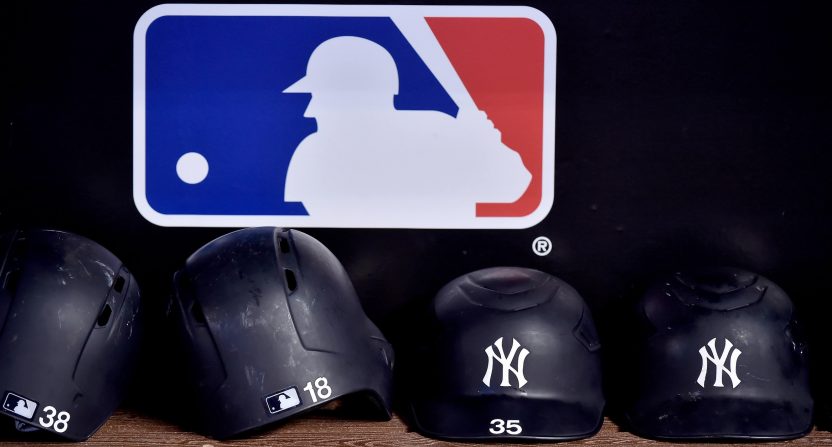 The first domino in the never-ending saga of Disney’s sale of the Fox RSNs is about to fall.

As reported by Charlie Gasparino of Fox Business (who has been on top this story for months), the Yankees are expected to close a $3.4 billion deal to repurchase YES Network on Friday. Back in November, the Yankees were first tied to purchasing the network for “fair market value,” which was expected to be around $5 billion. News Corp first acquired a 49% chunk of YES back in 2012, increasing their stake to 80% in 2014.

But the Yankees aren’t buying YES on their own – they have a number of partners in the deal, including Amazon and (gulp) Sinclair, which is launching a local RSN in Chicago in 2020, centered around the Chicago Cubs.

Under the terms of the deal, the Yankees will be the majority owner of the YES network, which airs the Yankees games as well as games of other New York teams including the Brooklyn Nets and New York City Football Club (NYCFC), and will partner with other companies including Amazon, Sinclair Broadcast Group, and Blackstone Group, according to people with direct knowledge of the matter.

Amazon and Sinclair will hold the next largest ownership stakes in YES, underscoring the ability to leverage the broadcasting of Yankees games to both local markets controlled by Sinclair and through Amazon’s streaming service, these people say.

I have no idea how Sinclair will determine which Yankees games will be broadcast in local markets across the nation and whether or not affiliates will actually want this content. Would the Sinclair-owned Fox affiliate in Nashville really want to air a Yankees game on Wednesday night instead of say, a rerun of The Masked Singer?

The Amazon connection is much more interesting, especially with Amazon’s channels service on Prime Video. Could YES end up being available as a Prime Video add-on for like, $10 a month? You have to think that if that happened, complete with out of market access to Yankees games, MLB would blow a fuse at the potential of non-local Yankees fans dropping MLB.tv in favor of YES on Amazon, especially if they’re not getting a cut.

I’m also curious about how the in-market authenticated streaming will work this season for Yankees fans. In the past, they were able to use Fox Sports Go. Will that still work this season, even though Fox won’t own the network anymore? Is YES going to slap together a way for subscribers to stream games on the fly? We’ve still got questions to answer heading into the start of the MLB season in three weeks.

At least part of the Fox RSN saga is over. As far as the other networks left in the bundle, I’m not sure if the involvement of Sinclair and Amazon in the purchase of YES helps (because they already have a foot in the door) or hurts (because they’ve already invested in the largest property) their chances of landing the rest of them, if they even have interest.