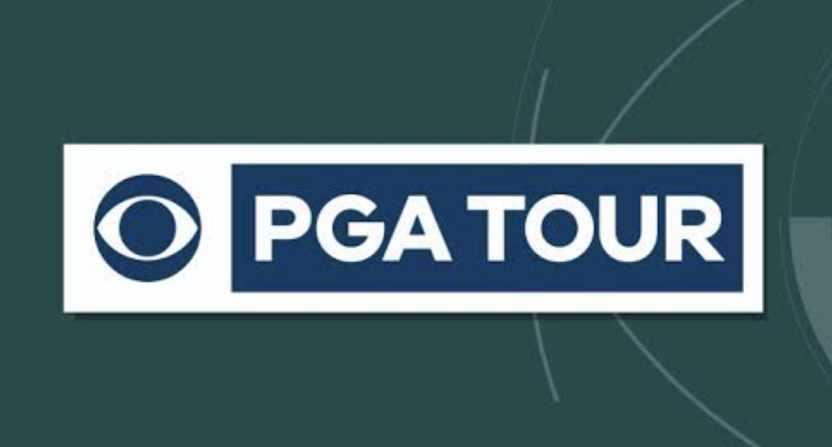 CBS has long taken heat for a staid and stale golf presentation, and rightfully so.

Now, with a new coordinating producer in charge (Sellers Shy is replacing the retired Lance Barrow), and a new rights deal kicking in next year, the network announced a few updates to their broadcasting presentation.

That the format had remained the same for decades shouldn’t be surprising, considering Barrow had been in charge since 1997, and he certainly had a style. On a conference call last week, Shy and CBS Sports chief Sean McManus outlined some of the ways things will be changing.

“We’ve worked very hard on making sure that there is a slight difference, a re-energized few areas,” Shy said. “All I’m going to do is repeat what Sean (McManus) said and say that we’re really excited about it. In the first hour, you might see three, four, maybe even five new looks.”

Among the most significant changes: new music, updated graphics and a constant mini scoreboard in the lower righthand corner of the screen. The goal, Shy says, is to keep the leaderboard on-screen on a near-constant basis, similar to the score bugs used in other professional sports broadcasts.

“We like to think that viewers love the score bug on football and on basketball, and we’re attempting to make that a standard position for golf for our mini-leaderboard,” Shy said. “I’d like to think that whenever anyone comes in the room and they want to know who’s leading the tournament, you’re going to find out very shortly.”

This does actually make sense, and it’s something Fox’s USGA coverage utilized. That CBS is just now getting to something like this after another network demonstrated its effectiveness is (sorry) par for the course. But as Fox Sports no longer has golf  in its portfolio (which is a true shame), at least steps like this that make things better for viewers are being taken by the remaining networks.

There are a few other refreshes as well:

Outside the production truck, CBS will employ a full-time PGA Tour rules official to help explain rules situations in real-time, while the network hopes to push further into hybrid advertising options.

“We’re hoping to have even more ‘Eye on the Course’ commercials so that live golf continues to be covered even when we’re in commercial,” McManus said. “So stay tuned for that also.”

“The other areas, Sean didn’t talk about, we’re hoping that we’ll increase our collaboration with our technology in our compound with Amanda [Balionis’] area in her cart,” Shy said. “I think the sky’s the limit for this team in New Zealand we work with so closely.”

Adding a rules official is basically a requirement for most sports broadcasts now, though it would certainly be helpful for situations like, say, Bryson DeChambeau completely melting down and arguing about the definition of a fence.

The Eye on the Course news, though, might not be as welcome as it sounds. Obviously every viewer would prefer fewer commercials, and in a vacuum being able to watch golf during breaks is better than not. The issue, though, is that the sheer volume of ad breaks has been a real issue, and the split-screen has at times felt like a way to just squeeze in more commercials in lieu of the full broadcast, resulting in less full-screen golf overall.

No one would have expected CBS to radically transform their coverage model with one Thanos/Bryson snap. And some of these additions might be welcome. (Other changes networks might want run up against the resistance of the PGA Tour to innovate at the expense of players having to make even the smallest of allowances, a situation unique to the player-run organization.)

But the real issue at the root of complaints about CBS coverage, and indeed a lot of coverage overall: just show more shots. Show as many shots as possible, from as many players as possible, and show them live (or as close to live) as possible. That’s the formula. Until we see signs of that happening, adjustments and changes around the margins won’t do much to even appease the current audience, much less draw new viewers in.

A total revolution would be a lot to ask. Meaningful evolution, though, should be what every network pushes for, and it’s certainly what viewers would like to see.