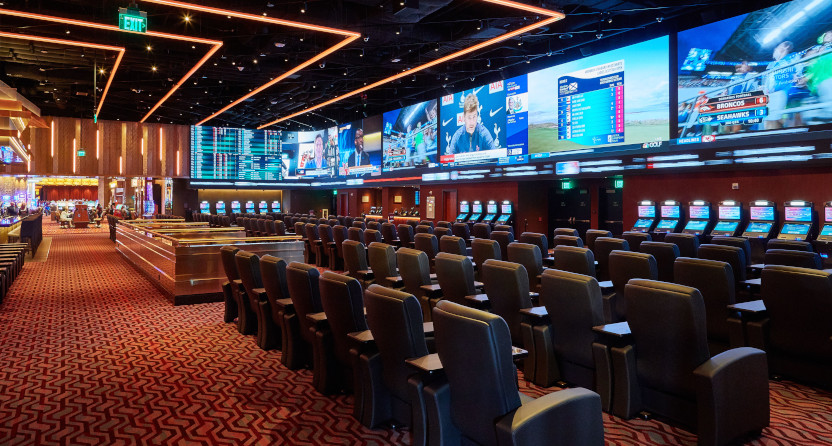 The expansion of legalized sports gambling in several U.S. states has led to networks diving into gambling–related programming, making deals with gambling operators, launching apps, and seeing boosts in advertising from gambling-related ventures. However, while many have predicted large ratings rises in areas where sports gambling is legalized, that doesn’t appear to have come through quite yet, at least not in NFL local ratings. Bill King has a piece on that in Sports Business Journal, which features plenty of quotes on how most of the bets so far seem to be coming from a smaller group that was already invested in watching the league:

“These people [betting now] were watching anyway,” said Fox Bet CEO Robin Chhabra, whose sportsbook is promoted prominently during NFL pregame shows on Fox and on the social media accounts of Fox Sports and FS1 talent. “As the sports gambling market matures and you have more [casual] people coming in, it will be those people who will tune in more often and for longer. There are early signs that that will be the case. But you’re not going to see that at the moment.”

…“The thing I constantly tell people is: This is going to take time. Be patient,” said Sara Slane, a sports betting industry consultant who works with leagues, teams and media companies. “While I do think that sports betting is going to be the greatest fan engagement tool that the sports industry and media industry have ever seen, to get to that point a lot of steps are going to have to happen.

“The operators are seeing a lot of success with avid sports bettors, but I think they have yet to scratch the surface with those casual bettors, which is the ultimate goal. Once they start crossing over to that, you’ll see more of a direct link between legalized states and an increase in viewership.”

Beyond the quotes, that piece includes local ratings data for Philadelphia and Pittsburgh, good markets to examine given their teams’ comparable year-over-year success before and after gambling’s legalization in Pennsylvania. The Philadelphia Eagles went 9-7 in both 2018-19 and 2019-20, making the playoffs both years, while the Pittsburgh Steelers went 9-6-1 and 8-8 respectively, missing both years. Pittsburgh also saw three Sunday Night Football appearances both years, and Philadelphia saw two each year.

If gambling was already a significant factor in boosting local ratings, you’d expect to see both of those markets show a rise given how constant the other factors involved were. But that didn’t happen; local Philadelphia ratings were up one percent year over year this season, while local Pittsburgh ratings were down three percent. With national ratings up five percent this year, that’s certainly not a sign that gambling interest was driving viewership in these markets. And King’s analysis of Indianapolis, Portland (OR) and Providence, the other three Top 56 markets where viewers can bet online, didn’t find a clear trend; ratings in Indianapolis were down given the Colts’ struggles, and they were up in Portland and Providence, but that’s not necessarily directly related to gambling.

As Chhabra and Slane said, that doesn’t mean this won’t impact ratings in the long run. The number of people betting certainly could grow over time, especially as more states come on board and especially as advertising increases. King’s piece notes that seven and a half percent of adults in the UK (where sports betting has been legal for a long time) are estimated to bet on sports each month, and less than two percent of Pennsylvania adults are currently estimated to bet on sports that frequently. With time, maybe that number trends up higher, and those bettors begin watching more avidly.

But there certainly doesn’t appear to be much of an instant gain directly traceable to gambling. And that makes pronouncements like Dallas Cowboys’ owner Jerry Jones’ claim that legal wagering could boost the NFL’s TV rights by up to 50 percent in the next deal seem quite silly for now. It’s quite possible the NFL could actually see a 50 percent increase, but that won’t be solely or even mostly because of gambling. For now, legalized gambling’s primary effects on sports media appear to be in programming, advertising, and corporate acquisitions, not in any major ratings boost.

[Sports Business Journal; photo from the Parx Casino, near Philadelphia]