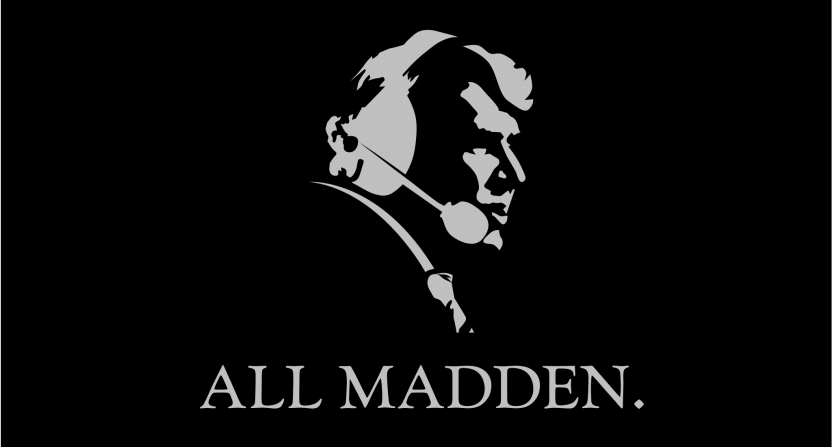 The passing of famed coach, commentator and more John Madden at 85 Tuesday has led to a lot of tributes to the man and his impact. It’s also led to a lot of interest in recent Fox Sports documentary All Madden, which premiered on the Fox broadcast network on Christmas Day ahead of the Browns-Packers game and was previously set to begin streaming (on Tubi, ESPN+, and Peacock) on Jan. 3. Following Madden’s passing, FS1 re-aired All Madden Tuesday, and Fox is now planning to re-air it there twice Wednesday and in primetime on network Fox Thursday. Fox has also made it available for streaming/NFL Network rebroadcasts immediately:

In honor of the incomparable coach, broadcaster, and leader – John Madden – @FS1 will re-air its documentary tribute, ALL MADDEN, tonight at 9:00 PM ET.

In light of the passing of John Madden, FOX will encore the Fox Sports ALL MADDEN documentary in prime time this THURSDAY, DECEMBER 30 on FOX from 8:00pm-9:30pm ET / PT. pic.twitter.com/lCxdiGR2A5

In addition to this:

Here are the Peacock and Tubi links for All Madden.  ESPN+ has a page for the film as well, but without a watch option yet. This is an impressive quick pivot from Fox and their streaming partners to re-air this and make it available for streaming more quickly in the wake of Madden’s passing.

Part of what’s interesting about All Madden is that while Fox has aired plenty of sports documentaries before, especially in the Magnify series, this is the first long-form documentary they’ve done completely in-house, with those past projects from contracts with outside production companies. It’s also executive produced and co-directed by Tom Rinaldi (alongside Joe Santos), who joined Fox in February from ESPN and had this as one of his first big projects. Success for this project might mean we see Fox doing more in-house documentaries. And, as Santos told Joe Reedy of The Associated Press, given Madden’s resonance with many, this particular project was a good one for Fox to do themselves to make sure they were satisfied with the end product:

“To have the subject matter be John, I think it’s absolutely perfect because of what he has meant to Fox,” Santos said. “This storyline to me should be dealt with extreme care. So to manage those waters and go through the whole 10-month process, why not be close to it? Why not have the executive producers be able to see every frame of it and be updated every week on what’s going on, as opposed to just waiting for something to be shipped to you 10 months later and hope that you’re happy with it?”

The documentary features interviews with Madden, his wife Virginia, his sons Joe and Mike, and 34 others, including Lawrence Taylor, Brett Favre, Troy Aikman, Bill Parcells, Bill Belichick and Roger Goodell. We’ll see how it’s received, but there will definitely be more people seeking it out now.