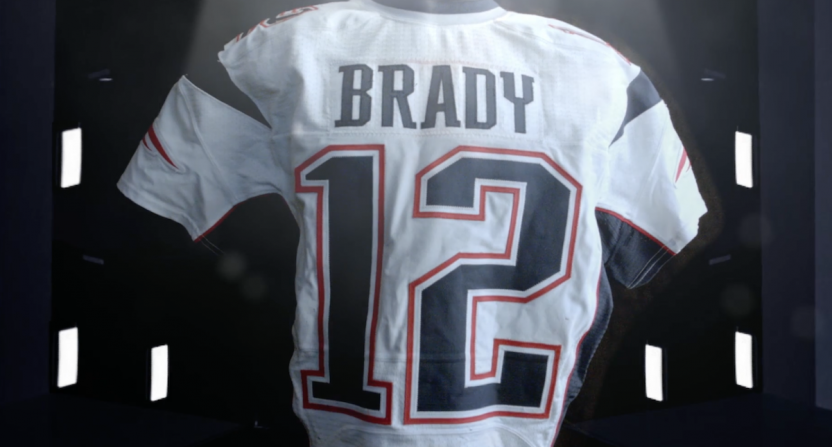 Super Bowl LI might be most remembered for the New England Patriots coming back from a 28-3 deficit to beat the Atlanta Falcons, 34-28, in overtime. The Patriots’ fifth Super Bowl championship also put them on a pedestal with the Dallas Cowboys, San Francisco 49ers, and Pittsburgh Steelers as the most successful NFL franchises.

But one of the strangest developments following the game was the theft of Tom Brady’s jersey from the Patriots’ locker room. Who would ruin a celebrated athlete’s victory by snatching a coveted keepsake?

Fox’s new sports documentary, The Great Brady Heist, (part of the network’s Magnify sports documentary series) recaps what may have been the most infamous off-the-field swipe in sports history, detailing the circumstances leading up to Brady’s jersey being stolen, the pursuit by NFL security — and eventually federal and international authorities to recover the item, how a sports memorabilia collector helped that effort, and perhaps most impressively, tracks down the person responsible for the theft.

Produced by Fox Sports, NFL Films, and Gotham Chopra’s Religion of Sports (which also produced Brady’s “Tom vs. Time” series for Facebook), The Great Brady Heist depicts a familiar story as a true-crime thriller, following each step of the investigation and the key figures involved, in addition to journalists covering the story. Eventually, the mystery is solved and more is revealed about the person responsible for the theft than has ever been seen before.

The film begins with the aftermath of the Patriots’ historic comeback and the post-game frenzy. Brady had never shown interest in keeping jerseys from his five Super Bowl wins. Keeping the game balls and displaying them at home was his preference.

But the Super Bowl LI jersey held particularly sentimental value for Brady. His mother, who was recovering from cancer, was in attendance. All of his children were there as well. A fifth championship set Brady apart from Joe Montana and Terry Bradshaw, who each won four titles. And maybe this was to be the last Super Bowl win in his storied career. (Of course, Brady won a sixth title two years later.)

So Brady made a point of putting his jersey in a duffel bag and giving it to a security official who would take it to the locker room for safekeeping. That’s the last time Brady saw the jersey, later discovering that it was missing when he looked in his bag. Many viewers will be familiar with footage of Brady telling Patriots owner Robert Kraft and others in the locker room that the keepsake had been stolen.

Such a swipe probably shouldn’t have been surprising, considering how many people flood a championship-winning locker room. Maybe the surprise was that this sort of thing didn’t happen more often. As Brady — and in turn, the audience — learns, his jersey from Super Bowl XLIX had been stolen too, something he didn’t previously know. But as it turns out, that theft was key in cracking the case and recovering the Super Bowl LI jersey.

Then the pursuit begins. Director Joseph Zucco and executive producer Michael Tolajian create a suspenseful tone by filming many sequences as if they came from security camera footage, resembling the evidence crucial in solving the case. The film introduces and interviews each of the key figures involved in the investigation and eventual recovery of the jersey. For an outside perspective, the film utilizes journalists Jenny Vrentas, Robert Klemko, and Jay Glazer to fill in details and reminders. 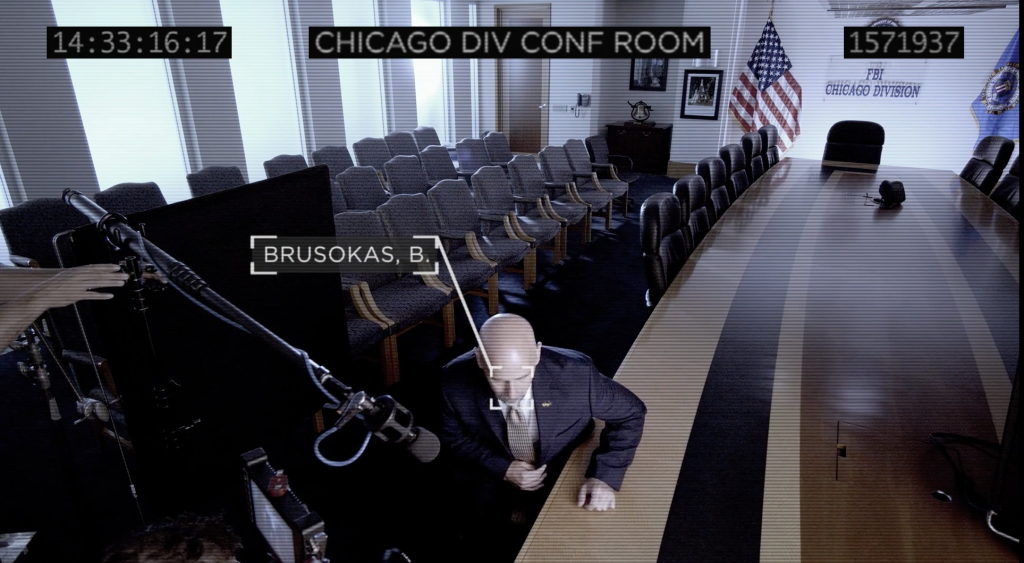 We meet the NFL security officials tracked down crucial video footage from Fox. An FBI agent whose beat is sports memorabilia fraud and theft gets law enforcement involved. A collector who covets jerseys and game balls becomes aware of the stolen jersey’s whereabouts and contacts authorities. What’s especially interesting is that Brady’s personal preferences for his jerseys — having them cut and hemmed at the waist, sewed tighter around the shoulder pads — helped investigators confirm its authenticity.

Best of all, The Great Brady Heist builds toward a compelling climax. The thief is quickly discovered and tracked to Mexico. Attempting to recover the jerseys involves federal and international law enforcement during a time when relations between the United States and Mexico are fragile. And when the culprit becomes a part of the film, viewers could be conflicted as to whether or not he’s a sympathetic figure or someone who used his access to feed an unhealthy fandom. The payoff is satisfying.

Often with a documentary such as this, missing figures and perspectives can be glaring. But The Great Brady Heist includes everyone necessary to tell the story (other players or media aren’t needed) and nothing feels lacking. The film starts out a bit slow in setting the scene and reminding viewers of what led up to the theft — perhaps to fill up one hour — but once Brady realizes his jersey has been stolen, the narrative starts moving while building suspense along the way. It’s a fun “true-crime” story from recent memory that should appeal to sports fans and casual viewers alike.