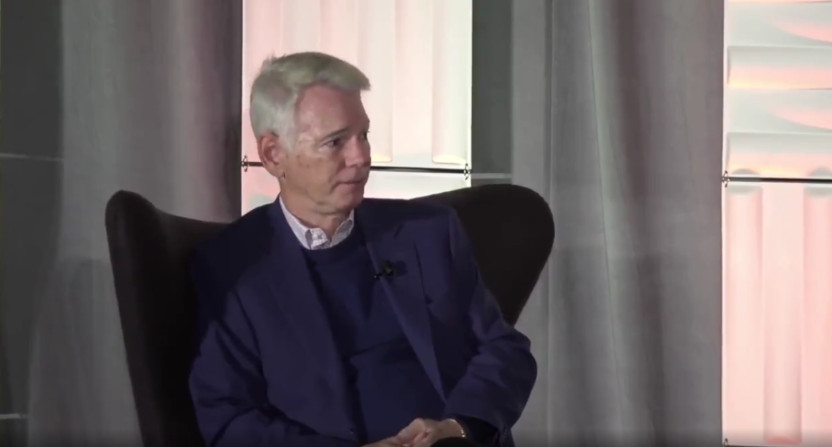 With the entire SEC package officially announced as headed to ESPN (beginning in 2024-25) in December 2020, and with CBS bowing out of those negotiations as early as December 2019, there have been a lot of people wondering about what CBS’ college sports strategy will be going forward. Some have pictured them as content to keep smaller rights packages like the Mountain West and Army, while some have argued they might exit the sport entirely, and some have argued that they’ll try and land something else big. Well, CBS Sports chairman Sean McManus offered support for that latter view in an interview at the Sports Business Journal Media Innovators conference Tuesday, discussing the last few seasons ahead of their SEC on CBS deal and what might follow that:

"It doesn't mean we're still not in the college football business and I think we will be aggressively in the future." @NFLonCBS' Sean McManus on @CBS' plans to replace their @SEConCBS package. #SBJMIS pic.twitter.com/3VjOpdkLvA

“[The SEC on CBS has] been great for us, and I think we’ve been really good for the SEC also. It’s the most valuable window in college football, the 3:30 (p.m. Eastern) window on CBS. We plan to be involved in the business of college football, big-time college football, going forward, and to take advantage of that tradition we’ve established.”

“You know, when we put the SEC on national television back in 2001, people thought we were crazy; ‘The Southeastern Conference? Who in the Midwest and the Northeast and the West is going to care about the SEC?’ But we promoted it, and we said ‘Every week at 3:30, you’re going to see the best SEC game. We grew it. And I think for 12 years in a row, it’s been the most-viewed window in all of college football.”

“And I think, whatever we decide to do, that window is still going to be available for high-profile, very watchable college football. We’ve got two more years to go on our deal, as you’ve said, we’re going to continue to promote it and produce it, and I think our production team is great. And that’s part of the reason why it’s such a great window; the games look and feel different the way our CBS team produces them.”

“So it’s been good for the SEC, they’ve been a great partner of ours, I’m still close to [commissioner] Greg Sankey. We would have liked to have gotten a deal done. But it just didn’t make sense for a variety of reasons. But it doesn’t mean we’re still not in the college football business, and I think we will be progressively in future.”

As anyone who’s spent any amount of time paying attention to rights negotiations knows, talk is cheap, and comments from any network executive (especially in a public forum like this) don’t necessarily commit that network to a particular bid. But with that said, it’s certainly interesting to hear McManus A., talking about plans to be “involved in the business of college football, big-time college football, going forward,” B., specifically discussing that mid-afternoon window they’ve set up with the SEC, C., mentioning the extensive production staff his network currently has for college football, and D., trying to promote what that window has done for (at least the top tier of) SEC teams.

Now, granted, there are very limited opportunities for CBS to continue to remain involved in “big-time college football.” Given the current real Power 2 structure at the moment, their best bet might be getting a game of the week from the Big Ten (which has its current deals with ESPN and Fox expire after the 2022-23 season). And that won’t be easy, with ESPN and Fox both likely to remain interested there, and other bidders potentially also in. And the ACC is locked up with ESPN through 2036, and while the Big 12 and Pac-12 are available before then, there’s at least a debate about if either can count as “big-time college football” at the moment. But perhaps a game-of-the-week CBS window might help those conferences return to greater prominence.

At any rate, there are significant challenges for CBS in continuing with “big-time college football.” But it’s definitely notable to have a statement of intent like this from McManus on the record. And there’s some logic in CBS pursuing that. They have a lineup of local affiliates that’s become very accustomed to a good college football game each Saturday at 3:30 p.m. Eastern, and they have a talented production and announcing team. Also (unlike, say, NBC), they’re continuing with a sports-focused cable channel, and (unlike, say, Fox), they have an affiliated streaming service (Paramount+) that already has some sports and could be a reasonable place to put other content from a conference they strike a deal with. So we certainly can’t count CBS out of the college football game, and McManus’ comments here are perhaps the clearest declaration yet of their intent to carry on with it even after they lose the SEC.