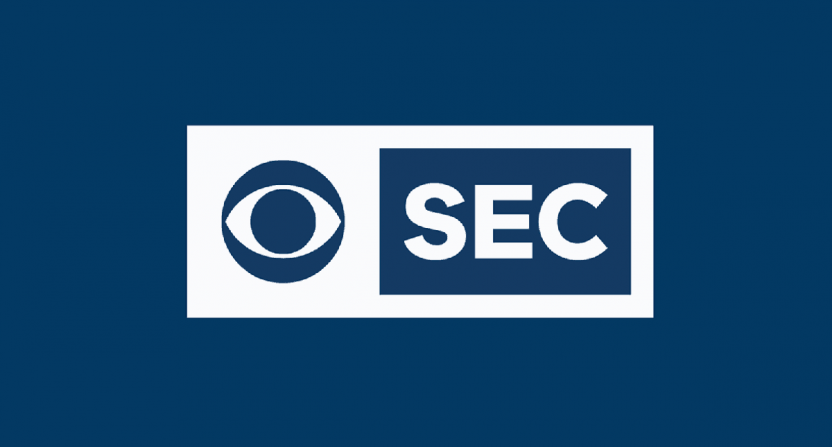 In a fairly surprising bit of late Friday/holiday season news, CBS is set to leave the world of SEC football.

That’s according to Sports Business Journal’s John Ourand and Michael Smith, who broke the news this evening:

Shocker: CBS walks away from SEC negotiations. All signs point to ESPN/ABC picking up the package. SBJ has the details: https://t.co/rBcPfoEnUw

NEWS: CBS exits talks w/ SEC. College football's highest-rated package probably going to Disney. SEC will make $250M-$300M more per year from premium package of 15 games. That means a raise of close to $20M per school or more whenever the new deal begins.https://t.co/96ErRupEXN

According to Ourand and Michael Smith, ESPN/ABC are negotiating a deal that will pay the SEC around $300 million annually.

CBS will walk away from the SEC when its contract ends after the 2023 football season, and all indications are that the package will move to ESPN/ABC. CBS decided to exit the negotiations for college football’s most-watched TV package after making an aggressive bid in the neighborhood of $300 million per season — a massive increase from the $55 million it currently pays annually.

CBS’s statement, as obtained by SBJ:

“We made a strong and responsible bid. While we‘ve had success with the SEC on CBS, we are instead choosing to aggressively focus on other important strategic priorities moving forward.”

CBS has been the main home for SEC football since 1996, when CBS resumed a weekly college football broadcast. It also featured one of the more iconic sports themes.

PLAY THIS AT MY FUNERAL pic.twitter.com/O65umc5CUi

The SEC on CBS ratings this year were incredibly strong, as well, making this even more surprising; less than two weeks ago, they were touting their record viewership numbers. CBS had also been getting a bargain; as this November AL.com story from John Talty noted, the SEC was understandably seeking a major increase from the $55 million annually CBS had been paying. They certainly got it, too.

According to Ourand and Smith, CBS will still fulfill the final four years of their current contract, which makes sense for them; barring some kind of bulk payout, it would be hard to replace their SEC inventory with anything similarly valuable. CBS has also recently secured UEFA rights and extended their deal with the PGA Tour at an increased price point; NFL negotiations loom, too.

There’s plenty more fallout to consider, including how the revenue boost for the SEC affects the league relative to other conferences once the deal kicks in, much less where it puts ESPN/ABC/Disney heading into their own future negotiations. And, of course, what happens to the intro music.

Can they give ESPN the theme https://t.co/hvl6Y1ZjWh