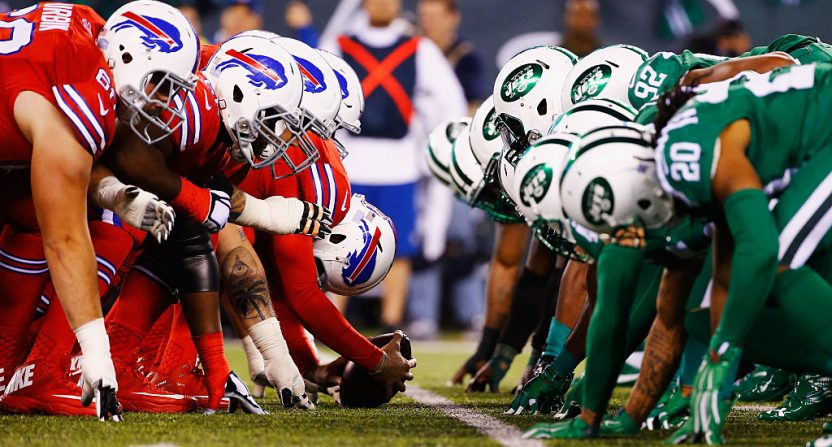 The NFL’s Thursday Night Football streaming package is moving to Amazon on a one-year deal. After previous streaming deals with Yahoo (one game in 2015) and Twitter (the TNF package last year), the NFL is going to Amazon for a hefty chunk of change, reportedly $50 million for the 10 TNF games this season (which is way higher than the estimated $10 million Twitter paid in 2016). Amazon beat out Facebook, Twitter and YouTube for the rights.

Unlike the deals with Yahoo and Twitter, these streams will not be free to everyone. You’ll need an Amazon Prime account ($99 a year for full functionality, or $8.99 a month for streaming only) to watch. However, that helps explain why Amazon can afford to pay so much here, and why they may have an edge over the many other digital companies trying to acquire streaming sports rights.

Facebook, Twitter, Yahoo and other companies diving into the sports waters like Snapchat and Instagram are all free to users, so their only way to directly get back what they spend on NFL rights is through advertising. There is somewhat of an exposure/loss-leader effect; if Twitter pays $10 million and only makes $5 million in direct NFL advertising, but gains enough users that it can sell other ads to (or bolster its valuation with) to cover the difference, it’s okay. However, the primary revenue source for those companies of NFL rights is advertising alone.

Amazon and other subscription services are in a different category. (YouTube’s somewhat there, too; they’re mostly free to users, but they do have the YouTube Red subscription option, and they are launching a YouTube TV service, so it’s possible they could have put the NFL in one or both of those places). Amazon already has tons of paid Prime subscribers, who get both free shipping on Amazon orders and access to the company’s extensive and ever-growing library of movies and TV shows (which is including more and more originals).

Adding high-quality content like the NFL may help Amazon retain those subscribers, and that matters. Even more importantly, it could help them add many more Prime subscribers. That would let Amazon make money from new subscriber fees as well as ads on the broadcasts, giving them more revenue streams than most of their competitors.

Of course, that logic would apply to subscription video services like Netflix or Hulu too, but both of those have been pretty cautious on sports, especially considering that so much of their audience is about delayed, any-time, long-tail binge-watching. So Amazon is one of the few players that can profit from dual revenue streams (subscription and advertising) with NFL broadcasts, and that certainly makes it easier for them to spend higher amounts than competitors.

Is Amazon likely to make back the $50 million they’re spending on these 10 games directly? Probably not, even if you add the money from new Prime subscribers/existing members’ renewals to what they’re going to make from ads. And that’s especially true if the growing dissatisfaction with Thursday Night Football continues. But Amazon also has another loss-leader strategy at play here, and one that gives them an edge over the likes of Netflix and Hulu.

More Prime members probably means more people regularly using Amazon, and regularly ordering products from them, and regularly giving them profits that way. And Amazon has another advantage in that they’re also gaining data (at the very least, on which of their customers watch the NFL and how long they watch it for) that they can then use to try and sell those customers products. They’re a broadcaster, a research firm, an advertiser and a subscription service all in one, and that’s a pretty incredible edge. Sports Business Journal‘s Eric Fisher touched on that:

But with Amazon gating TNF behind the $99 Prime fee and extra purchases that come with it, there's an economic model Twitter couldn't touch

This fits into the larger pattern we’ve seen from Amazon in pursuing sports rights. They hired SI/120 Sports vet Jim DeLorenzo head of sports last spring, shortly after losing out to Twitter on the initial TNF streaming deal, and gave him a mandate to try and land big sports rights. They went out to hire others focused on picking up sports rights last summer, and were close to getting NBA League Pass rights last fall.

Amazon has also expanded into sports documentaries with efforts like All Or Nothing on the NFL’s Arizona Cardinals, which got some good reviews and probably helped them convince the NFL they were serious. And there might be much more to come from them. The NFL’s a massive step into streaming sports, but it’s quite possible that it may not be the last one for Amazon.

The other interesting angle here is that the NFL keeps landing these one-year deals. That allows them to essentially test the free-agent market every year, and with the growing numbers of internet companies interested in streaming the NFL in one way or another, that seems to be very profitable for them so far. Going from $10 million last year to $50 million this year for the same package is huge. But if the streaming market crashes and companies like Amazon don’t see a return on investment, though, the league’s revenue may drop on future deals. For now, though, the one-year strategy seems to be working out for the NFL, and they’re quite fortunate that companies like Amazon don’t have the ability to use a franchise tag on them.