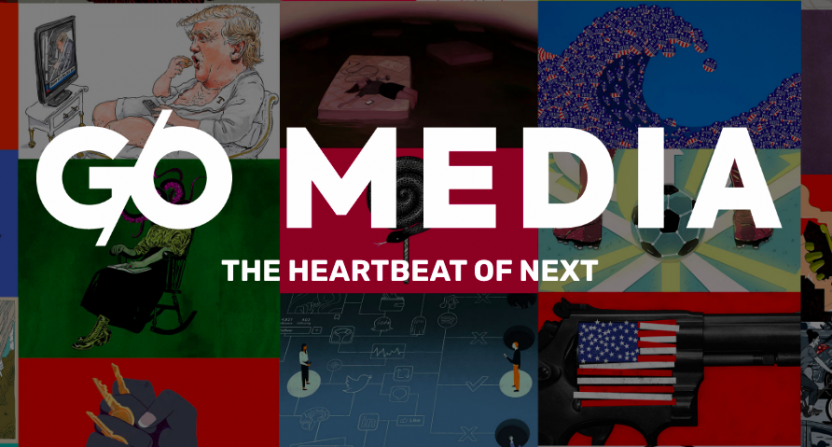 Following the fallout of the Deadspin mass registrations in 2019 over ownership group G/O Media’s meddling in the site’s content and focus, the ownership group (established by equity fund Great Hill Partners, which bought the former Gawker Media sites (including Deadspin), The Onion and its associated sites, and other sites from Univision in April 2019) hired former New York Daily News/Huffington Post editor Jim Rich to revive the site as it’s new editor-in-chief.

Within three months, G/O Media named Rich as editorial director, a position that had been vacant since Paul Maidment resigned that previous November. At the time, G/O Media CEO Jim Spanfeller said the company “is proud to announce Mr. Rich’s new position as an affirmation to our business’s commitment to exceptional journalism and the continued success of our unique media properties.”

That affirmation has been completed, apparently, as news broke this week that Rich was out, having left the company due to internal clashes with “other higher-ups at the company,” per Maxwell Tani at The Daily Beast. Tani spoke with Rich, who confirmed the departure but would not elaborate on the details, other than to say the change was unrelated to the criticism that Deadspin received over the way it handled the Maria Taylor-Rachel Nichols story.

In The New York Times report on the recorded phone call in which Nichols discussed Taylor and how ESPN’s desire to push diversity was affecting their career trajectories, it was noted that Deadspin had been sent the recording last year. They eventually published a story that was co-bylined by Rich that did not include the full context of Nichol’s comments and referred to the person who leaked the recording as a “creep.”

Antoinette Siu at The Wrap reported that Rich’s departure was specifically related to conflict with private equity firm Great Hill Partners, who started G/O Media when they purchased the Gawker websites in 2019.

A G/O Media spokesperson also spoke with Siu, telling her “G/O Media and Jim Rich have parted company – in his 2 years here he provided stability during a very important time for the company as we moved from a period of disruption (not uncommon after an ownership transition) to a much more stable platform.  We appreciate all of his efforts. We thank him for his contributions, and wish him only the best in his future endeavors.”

While Rich oversaw all of the G/O Media sites, most of the focus has remained on Deadspin, which has tried in vain to recapture the voice and cultural impact that the site used to have when it included editors and writers such as Will Leitch, A.J. Daulerio, Tommy Craggs, Drew Magary, Kelsey McKinney, David Roth, Laura Wagner, and Tom Ley. After many of the staffers who remained at Deadspin in 2019 were fired or quit en masse, they reformed as Defector, a subscription-based site that has maintained the voice that longtime Deadspin readers came to expect. While Defector seems to have found success, Deadspin has been mired in a reputation that reeks of trying too hard and shouting into the void.

Keith Kelly at the New York Post is reporting that the plan was for Spanfeller to announce Rich’s departure next week. However, after the news broke, he sent a statement to internal staff, noting that Rich “provided stability during a very important time for the company as we moved from a period of disruption (not uncommon after an ownership transition) to a much more stable platform.”

However, Kelly also notes that sources have said G/O Media has been dealing with lots of employee turnover due in large part to interference by ownership and Spanfeller, who “liked to insert himself into editorial decisions.”

Given everything that is out there about G/O Media, the way they’ve operated, the lack of authenticity in their editorial voice, and their inability to keep editorial talent for long periods of time, it’s hard to see how they’ll be able to grow and find dedicated audiences in a marketplace where a few major players are consolidating editorial power and content creators. Whoever ends up taking Rich’s job certainly has their work cut out for them.