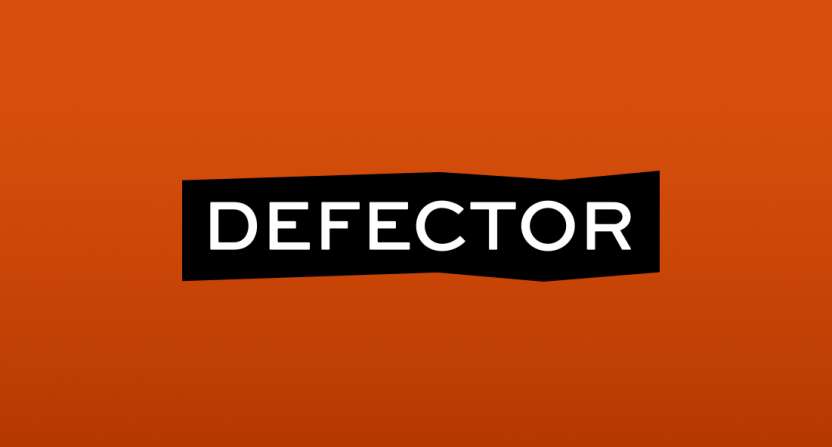 It was only last November that Deadspin staff resigned en masse after editor Barry Petchesky was fired for not sticking to sports.

If it feels like a lot longer than for you due to world events, you’re not alone. Since then, “Deadspin” has resumed publishing, though calling it a shell of its former iteration would be an insult to shells everywhere. Some of the former staffers reunited for pop-up blogs earlier this year, including for the Super Bowl. Today, as revealed by Marc Tracy at the New York Times, 18 former Deadspin staff members are reuniting to launch Defector, a subscription-based site owned by the staff itself.

This is Defector, a new sports blog and media company from the writers you missed. We made this place together, we own it together, we run it together. https://t.co/e1tkmewKA4 pic.twitter.com/v9JAHpCDrF

It’s that last part that’s the real key, as the workers are effectively seizing the means of production. The pricing starts at $8/month or $69/year for a read-only subscription, with price tiers above offering more features. It’s a model that seemingly aims to split the difference between free, ad-based sites and subscription-based sites backed by big-money venture capital.

Defector Media is scheduled to start a podcast next month and roll out its website in September, its founders said. Tom Ley, a former features editor at Deadspin, will be the editor in chief. The business side will be led by Jasper Wang, a former Bain & Company employee who said he had been an avid Deadspin reader since age 19.
Defector’s founders said the company had no outside investors, and each employee has taken a stake of roughly 5 percent in the venture. Unlike Deadspin, a free site that relies on ads, Defector will offer subscriptions at $8 a month, with an annual subscription available at a discount.

The ownership model feels a lot like, say, Patreon, but on a group scale and without the middleman platform. It’s intriguing because it’s aiming for the kind of limited growth scale that isn’t really found in startup culture.

Defector staff members said they did not expect the kind of growth coveted by the venture capitalists who have increasingly dominated online journalism. Rather, they said, they hoped to be able to pay themselves competitive salaries while developing a sustainable media business that produces content they are interested in.

That’s basically the platonic ideal of a mission statement for people working in online media, but it’s proven quite elusive in reality. This experiment probably has the best chance of proving it possible, though. Original Deadspin’s devoted following, the likely ability to hit the ground running given the staff’s inherent familiarity with each other and their roles, and the 2020 election providing plenty of content backup should the return of sports falter amidst the pandemic. It might not work, of course, because these ventures are always inherently risky. 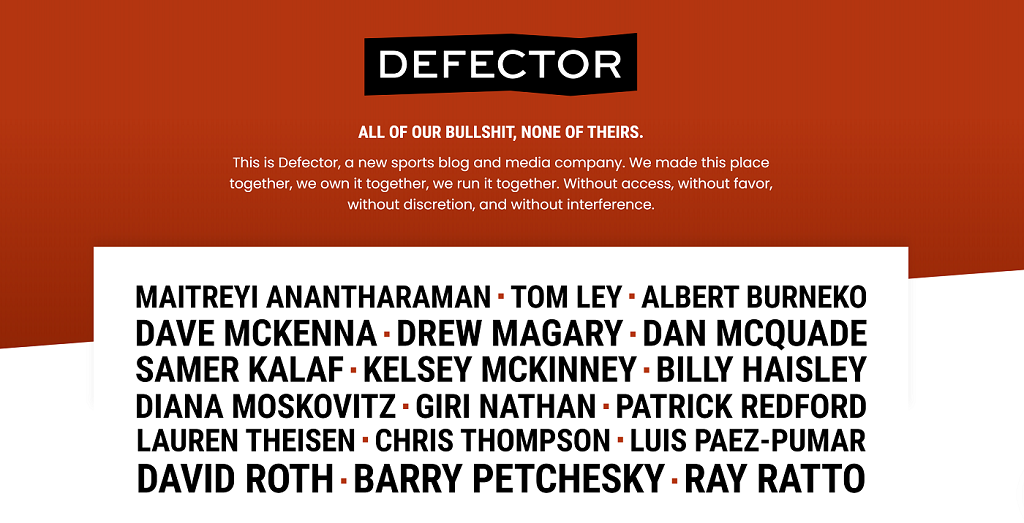 But if it doesn’t, it was at least in service of trying to do something they actually believe in.

“If you’re going to take a moonshot, you may as well do it exactly the way you want to,” said Kelsey McKinney, a former Deadspin writer who has joined the new company.

From a risk/reward perspective, it’s hard to argue with that; if it works, you own part of a company doing exactly what you want to do. If it doesn’t, well, you tried something worth trying, and perhaps offered a model for others to follow in an industry that could use as many alternative approaches as possible.