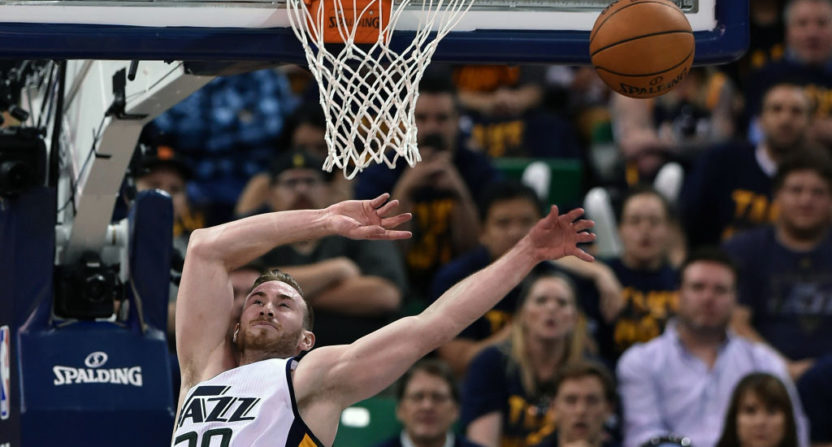 Utah Jazz forward Gordon Hayward’s free agency decision took some weird twists Tuesday, with ESPN’s Chris Haynes reporting Hayward was heading to Boston, several others pushing back and saying Hayward hadn’t made a final decision yet, many mocking Hayward’s apparent indecisiveness, and then Hayward himself confirming his move to the Celtics via a piece at The Players’ Tribune. Here’s the key part of that piece:

This was a life-changing decision for me and my family, and something we took really seriously. And from the very start of this process, one thing stood out as important: I knew that I wanted the fans and the organizations to hear my decision directly from me.

After seven years in Utah, I have decided to join the Boston Celtics.

Hayward’s comments about “hear my decision directly from me” are interesting, as they speak to the value many athletes are seeing in The Players’ Tribune, the Derek Jeter-founded and heavily-backed media company that gives athletes an unprecedented degree of control over how their stories appear. While the players often don’t write the stories themselves (or frequently supply some thoughts that the site’s writers touch up into actual pieces), they get much more control over what’s going to appear than they do talking to most journalists, and perhaps even more than they have over first-person essays in independent media publications (like LeBron’s 2014 one in SI). There’s a reason that TPT has become the go-to site for these free agency announcements, with it even being mocked along those lines by the likes of Mark Titus and Shea Serrano.

This makes sense for both parties, really. Hayward gets to (presumably, at least) monetize the news of where he’s going, while stating so in a high-profile forum and with a long letter to fans in Utah (to hopefully minimize backlash against him there), while TPT can rake in the pageviews (they pulled in 4.5 million around Kevin Durant’s letter last summer). But the interesting question is if Hayward had his decision made all along and if the initial reporting from Haynes and others was accurate. That might mean that Hayward’s camp leaked the “he hasn’t made up his mind yet” take to try and keep some anticipation out there until his Players’ Tribune piece was ready to run. If so, there are some problems with that, as it essentially amounts to those sources fooling reporters into inaccurate reports. Of course, it’s also possible that Hayward really was rethinking things. That seems unlikely given the length of this piece, though:

So Gordon Hayward was conflicted and wrestling with the decision, yet he managed to own a 2100 word column on it. Legendary deadline writer.

Ultimately, this is Hayward’s call to make, and it’s hard to blame him for wanting to monetize it, or at least have it come out in a way he controls. There’s no value to him in Haynes breaking the news. But it’s unfortunate for Haynes to have had this scoop in the first place and then take hours of backlash for it when it looked like it wasn’t correct, especially if the only reason for that was Hayward trying to preserve the value of the Players’ Tribune piece. Haynes justifiably felt pretty vindicated Tuesday night:

As per what this means for the Celtics on the court? They’ve landed another terrific player to pair with Isaiah Thomas, and while they’ll have to make some salary moves (including renouncing playoff hero Kelly Olynyk’s RFA rights, apparently), they look to be in pretty good shape in a weak Eastern Conference. They finished first in the conference in the regular season last year, and Hayward certainly should help them stack up a little better against the Cavs in the playoffs. They should be set up well for years to come thanks to their

We’ll see how this works out for Hayward and the Celtics. But The Players’ Tribune was a clear winner Tuesday.