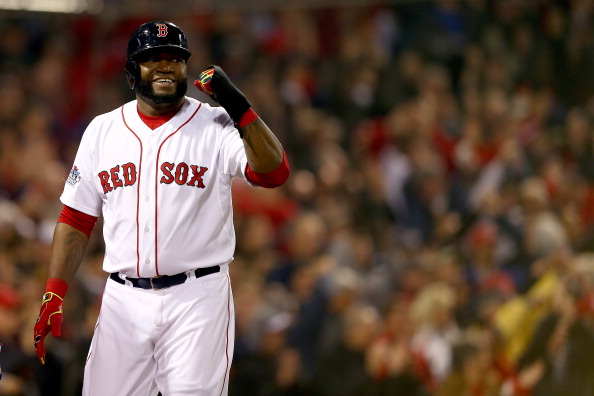 When Derek Jeter launched The Players’ Tribune in October, one of the key questions about the site was “are we truly going to get something unfiltered?” It was always apparent that at least some editing was involved, as you don’t hire a big name like Gary Hoenig (the former editorial director at ESPN Publishing) if you don’t have a role for him, but the degree to which players’ first-person pieces on the site actually were written by them was a matter of debate.

Richard Sandomir of The New York Times provides that answer in an excellent feature on The Players’ Tribune that ran this weekend. Much of Sandomir’s piece looks at how The Players’ Tribune beat mainstream media to David Ortiz’s comments about drug testing, which is notable in its own right (and has even prompted a thoughtful response from Dan Shaughnessy, of all people), but the part that’s perhaps even more interesting, and concerning, is his discussion of how articles on the site come to be:

Like nearly every post on the site, the Ortiz essay was not written directly by its bylined athlete but instead crafted from a recorded interview with a Tribune staff producer. Hoenig said these interviews are less traditional question-and-answer sessions than monologues with questions to nudge the conversation along. Editing is minimal, he added, and the athletes get the final approval. The staff producers who talk to them do not get bylines.

It may not be shocking to many that most of the well-written pieces appearing on the site aren’t actually just the result of a professional athlete sitting down at a keyboard, but the actual discussion of this process raises plenty of questions. The way The Players’ Tribune presents its pieces is at best disingenuous, and it’s problematic from a couple of standpoints.

First off, there’s the nature of the portrayal. Having these pieces appear under an athlete’s byline, with no addition of “With [journalist],” suggests they’re actually written by the athlete. They may be using the athlete’s words, but it’s the uncredited producers who are actually assembling them into a piece. Yes, Hoenig says editing is minimal, and yes, athletes are signing off on the final pieces, but presenting these pieces as if they’re essays carefully crafted by the athletes themselves rather than assembled from interviews gives the wrong impression and context to readers. It also does a disservice to the athletes (and other prominent figures) who do actually write their own material.

There’s also the issue of credit. Ghostwriting is anything but new in sports, especially in the world of sports books, but at least “autobiographies” where a journalist has assembled from interviewing the athlete typically have the decency to credit said journalist (albeit typically in a much smaller font, using “with”). That’s good for the journalist and for the overall product; it illustrates more clearly where the content is coming from. Heck, even the McDonald’s advertorial interviews with athletes in Sports Illustrated include the name of the interviewer. Producers at The Players’ Tribune may have signed on with the understanding they wouldn’t get credit for crafting these pieces, and that’s their right. However, leaving their names off these pieces presents an incomplete picture to readers of what exactly this content is. Leaving out writers’ credits also reinforces the lack of value ascribed to writers in general, especially in the sports world. Sports is usually very clear and specific about who did what, as players get credit for their statistics. We wouldn’t say that a writer hit a game-winning home run actually hit by Ortiz, so why is the reverse acceptable?

Another question here is if there’s value in “first-person” pieces at all. This style of writing’s become more and more prominent lately, especially in books, but another media example comes from SI doing so on their Jason Collins scoop (which, at least online, carried no mention of Franz Lidz, who actually wrote the piece). The advantage of this style is it can present athletes’ feelings and thoughts more easily, and if they’re accurately reflected by the writer, it’s not always bad. However, the disadvantage is that there’s understandable audience skepticism with any first-person piece that’s not completely written by the person whose byline appears on it. It’s impossible for readers to know how much of the piece (and not just the words, the arrangement) is actually coming from the supposed source, and while “first-person” may make for interesting reads, it sets off some warning flags about what exactly this content is.

Beyond the issues of crediting writers, The Players’ Tribune’s reported editorial process also raises some further questions. Consider what Sandomir writes about their fact-checking process:

Providing athletes with unfettered access to fans carries with it the risk that they will lie or shade the truth. Is everything in Ortiz’s essay absolutely accurate? Are the athletes’ first-person accounts being vetted and edited as if they were being published by a more traditional journalistic enterprise?

Hoenig, a longtime newspaper editor who was a founding editor of ESPN the Magazine, said: “We do standard fact-checking. We knew the entire history of steroid testing in baseball. We knew how he’d been exposed in anonymous testing. We couldn’t verify the number of tests that he said he’s taken, but it was verified by his agent that he’d been tested frequently. Baseball would never tell us.”

But Hoenig said the athletes whose bylines appear over controversial subjects run a potential risk, as well.

“It’s their reputation out there,” he said. “It’s our job to say, ‘Do you really want to go out there and say that?’ ”

First off, their fact-checking didn’t seem that thorough on Ortiz’s piece (as Hardball Talk’s Craig Calcaterra has noted, Ortiz’s alleged numbers of tests are only possible if he’d previously tested positive, which he denied). Beyond that, though, while fact-checking of any sort on these pieces is positive (and is more than the bare minimum; this site could just be unverifiable athlete pieces), the motivation Hoenig ascribes to it raises some questions and shows how different The Players’ Tribune’s goals are from a typical media outlet. “Do you really want to go out there and say that?” is not a question any journalist would typically ask, as any legitimately-obtained quote that would require that question would usually make for a great story. It’s a question a PR staffer would ask. It’s fine if The Players’ Tribune wants to be a PR outlet, giving athletes a platform for commentary, but it should be more clear about that purpose. At the moment, it’s trying to walk an uneasy line between journalism and PR, and that’s problematic for everyone.

This isn’t to say that The Players’ Tribune should shut up shop. There’s value to this site as a way for athletes to express themselves in a longer and more thoughtful form than Twitter allows, and it’s produced some fascinating pieces; Andrew Hawkins’ two–part discussion of how he snuck into a professional football career was particularly revelatory. It would just be more beneficial for readers if the site was clearer about what its content is. For pieces actually written by the athletes, the current system is fine, but those taken from interviews should carry at least an “as told to”. Readers should also approach the site with a critical eye; thoughts from athletes like Ortiz are notable, and worth reading, but they’re often only one side of the story.

22 thoughts on “Players’ Tribune articles aren’t written by the players, which creates a host of issues”