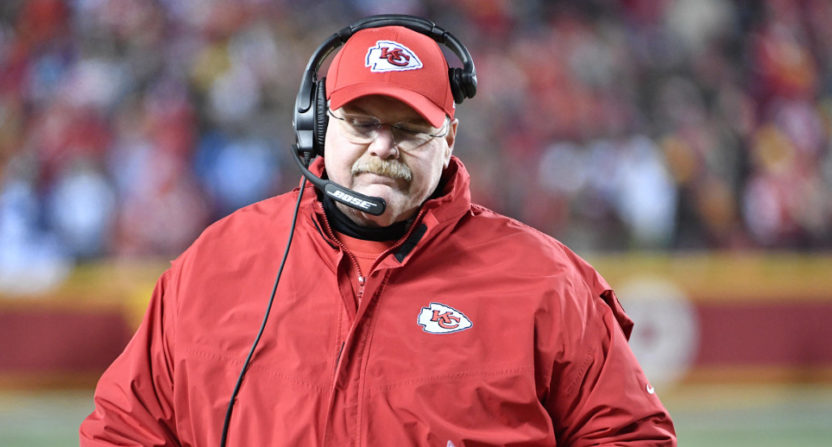 The ratings news is in for the first round of the NFL playoffs, and it doesn’t look great for the networks and the NFL, with every single game suffering double-digit drops year over year relative to comparable slots.

When “only down 15 per cent” is good news, the news isn’t all that good. Of course, some of this may have to do with the teams involved. Let’s consider the media market sizes. The Panthers actually do well out of that, as they can claim Charlotte (23) and Raleigh-Durham (25), but those two add up to just under 2.3 million households, a long way from New York’s 7 million. (Not all of which are Giants’ fans, obviously, but a big media market like that helps.) Milwaukee’s the 36th-ranked market nationally, but the Packers have a large national fanbase, and New Orleans is 51st-ranked and has less of a national fanbase. So it’s understandable why that game might be lower based solely on the teams if everything else was equal.

In other media market comparisons, Titans-Chiefs is 27-33 versus Texans-Raiders’ 7-8, and Jaguars-Bills is 42-53 versus Steelers-Dolphins’ 24-16. Rams-Falcons is actually an improvement over Seahawks-Lions (2-9 versus 12-14), but that loses some impact considering how new the Rams are to Los Angeles in their current incarnation. And this gets really bad when you consider that four of the eight teams in the wild card round held four of the 10 slots as the worst national TV draws last year, with the Titans and Jaguars #1 and #2 there, the Saints seventh, and the Falcons tenth. (By contrast, last year’s wild card round only had two of those teams, the #4 Dolphins and #9 Texans.) So there are some reasons for the ratings to be down based solely on matchups, and it’s worth noting that these are still excellent ratings compared to the rest of TV.

However, there should be some concerns here for the NFL and its broadcasters, as this follows a regular season where NFL ratings dropped 9.7 per cent overall (and from a 2016 season that was already down from its predecessor, too).The playoffs clearly haven’t reversed that narrative so far, and have plunged perhaps even deeper year-over-year. Maybe that’s about the matchups, and maybe it will change once teams like the New England Patriots and Pittsburgh Steelers swing into action next week. Or maybe this is just further proof that the NFL’s ratings aren’t where they once were, and that the downward trend extends to the playoffs too.