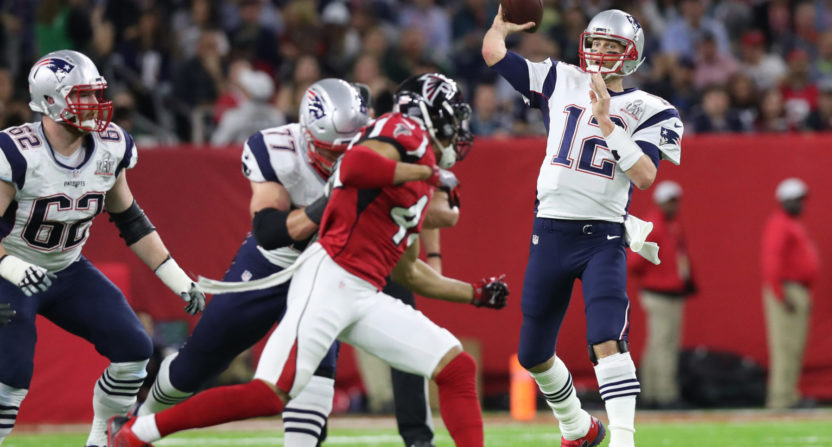 As the calendar turns to 2018, the following two facts are undeniably true:

On Tuesday, AdAge published a list of the 50 most watched broadcasts of 2017, based on Nielsen data. A whopping 37 of those broadcasts came from the NFL, including the Super Bowl (No. 1), all 11 other playoff matchups, six Sunday Night Football telecasts, the league’s kickoff game on NBC and 18 other windows on CBS and Fox.

The NFL accounted for nine of the top 12 spots, with the only exceptions coming from Donald Trump’s inauguration and congressional address (both of which aired across multiple networks) and the Academy Awards on ABC.

Though the NFL dominated the most-watched programming of 2017, it wasn’t the only sports property to crack the top 50. Non-NFL sports entries included:

Every broadcast on the list was a sporting event, an award show or parade, or a “Trump-related event.” Not a single scripted television show cracked the top 50.

The main takeaway here is that even if sports viewership, and particularly NFL viewership, is dropping, it continues to outpace other TV programming. With the rise of digital streaming, there is now serious reason to question to long-term prospects of televised sporting events, but for now games reign supreme as much as (or more than) ever.