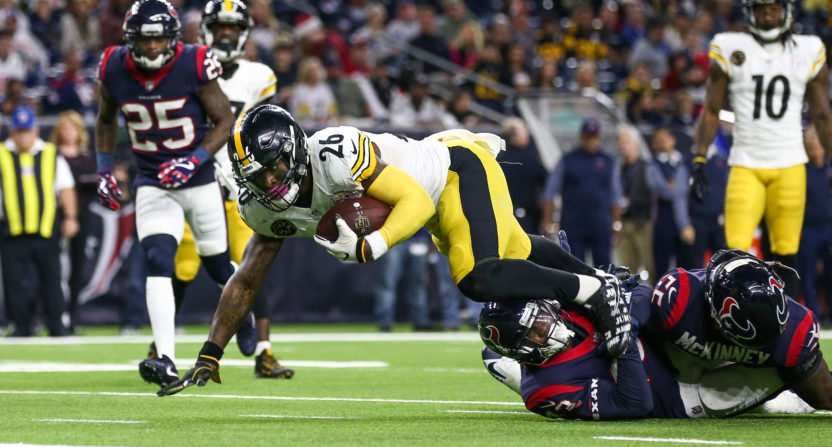 After a season full of hand-wringing over NFL ratings, the league’s final viewership numbers are in, and… they are not pretty.

According to Nielsen data obtained by ESPN, NFL ratings fell 9.7 percent in 2017, with average viewership plummeting from 16.5 million to 14.9 million. That decrease follows an eight percent drop from 2015 to 2016.

The NFL’s ratings decline has been attributed to literally dozens of different factors. Among the most commonly cited explanations: cord-cutting, over-saturation of games, quality of play, lack of stars, anger over player protests, competition from cable news, and concerns about brain injuries. Most likely, the true cause is some unknowable combination of factors, not only one.

Clearly, everyone in proximity to the NFL is a little spooked by the dip in viewership. NFL owners have expended substantial effort attempting to get the players to stand during the national anthem to avoid alienating a segment of fans, while TV executives have reportedly attempted to talk the NFL out of Thursday Night Football. Poor ratings drew league sponsor Papa John’s into a national controversy and nearly held up the contract extension of commissioner Roger Goodell.

The notable silver lining for the NFL is that even if viewership is down, the league still reigns supreme over the rest of television. Per AdAge, 37 of the top 50 most watch broadcasts of the year were pro football, and Sunday Night Football on NBC was once again the year’s most watched primetime show — this time, by a greater margin than ever before.

But even if the NFL isn’t in danger of losing its status as America’s favorite league, it clearly faces a problem. After viewership took a dive in 2016, it was fair to wonder whether the decline was a blip, maybe brought on by the presidential election.

With ratings down for a second straight year, however, there is clearly cause for concern. Some of the factors tamping down ratings might prove aberrational, but others (cord-cutting, rise of streaming, RedZone, inherent violence) are clearly here to stay. The NFL has until its rights deals run up in the early 2020s to reverse the trend, but if it continues, TV partners could have some interesting negotiations on their hands.